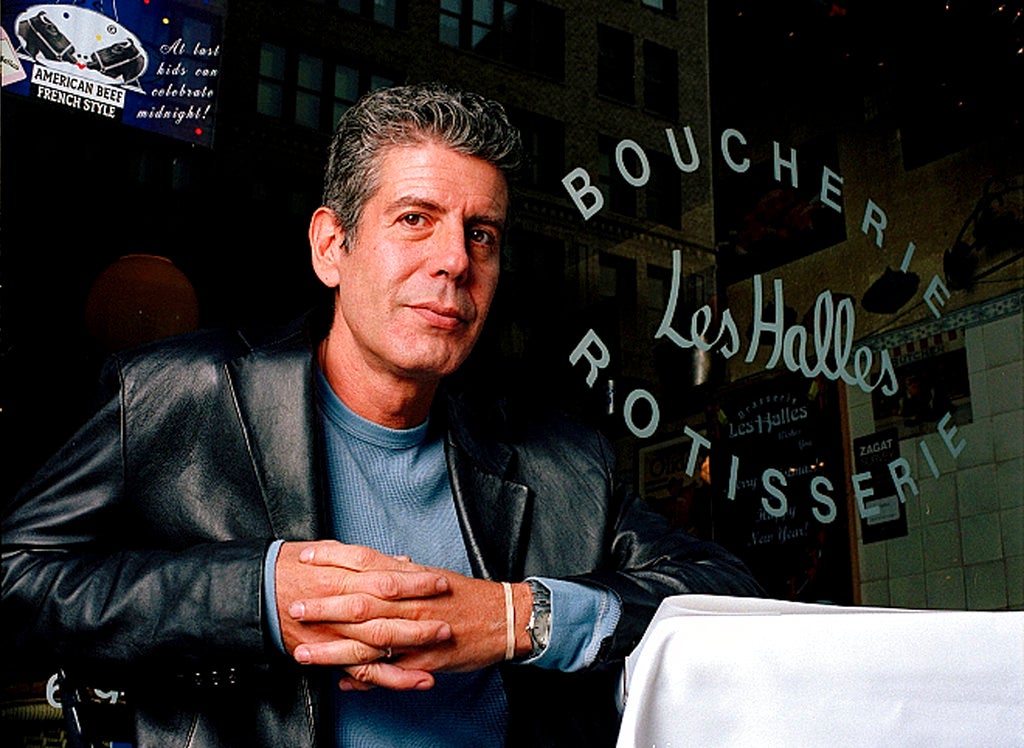 FILE - This Dec. 19, 2001 file photo shows Anthony Bourdain, the owner and chef of Les Halles restaurant, sitting at one of the tables in New York. On Friday, June 8, 2018, Bourdain was found dead in his hotel room in France, while working on his CNN series on culinary traditions around the world. (AP Photo/Jim Cooper,File)

Actress-model Jaime King had met both but was more familiar with Spade, having started to work with the fashion icon when she was 14.

“She wanted to make beautiful handbags and beautiful clothes and bright colors and she was very whimsical and free. She made everybody feel welcome,” King said Friday night. “She just really paved the way for women in such a huge way that I don’t think a lot of people know about her.”

King also met Bourdain while filming “Kitchen Confidential,” a 2005 sitcom based on his best-selling memoir. She complimented him on his ability to cross “boundaries and races and circumstances.”

“He was about the communion. He was about going into people’s homes and meeting them at their level,” she said, adding that he also embraced the #MeToo movement. “He stood up for us.”

Moschino designer Jeremy Scott said that he briefly met Spade and they shared a laugh about having the same hometown. “I met her once and she ironically is from Kansas City, like I am,” he said. “She seemed like a very lovely person and my sympathies are with her family.”

Bourdain killed himself in France on Friday, while Spade killed herself in New York earlier in the week. NVG

Suicide of man ‘with best job in the world’ stuns fans