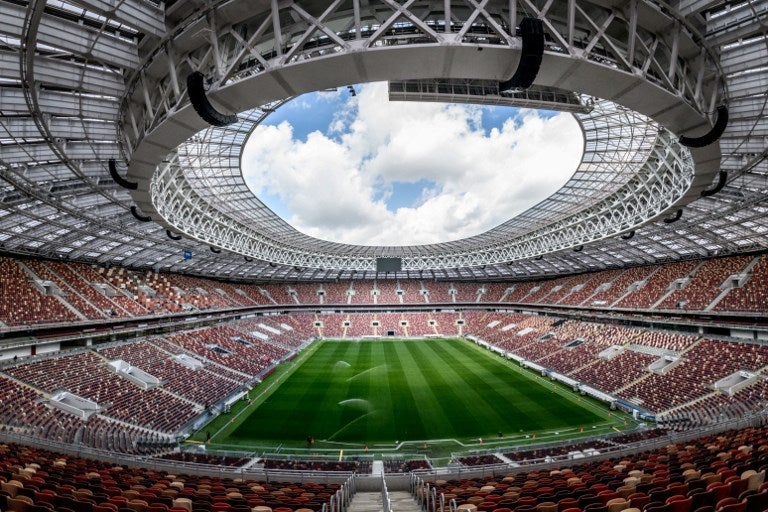 Muscovites, newly trained in English, and Moscow get ready for World Cup

Moscow has given English-language lessons to hundreds of metro workers and volunteers, doctors, paramedics and nurses along with taxi drivers, bartenders and hotel staff in advance of the World Cup, which kicks off June 14.

The capital, along with 10 other cities across Russia, is getting ready to put its best cleat-wearing foot forward and welcome hundreds of thousands of international spectators who will be visiting the city throughout the month-long event.

Though English-language training and new English signage in the metro system were planned specifically for the games, the changes also make Moscow a more accessible and easier city to navigate for future tourists.

As the country’s capital, Moscow will have the honor of hosting the kick-off game between Russia and Saudi Arabia June 14 following the opening ceremony.

Along with the usual suspects on every Moscow itinerary — Saint Basil’s Cathedral, the Kremlin, the Bolshoi Theatre — the city is launching new guided tours to its famously beautiful metro system.

Participants will learn about the system’s architecture and its 100-year history. A total of 72 guided tours conducted in both English and Russian will launch June 10 and run until July 15.

The event’s main stadium, Luzhniki, will make its grand debut following an extensive four-year renovation that expanded its seating capacity from 78,000 to 80,000 spectators.

Next week at Sokolniki Park, the city will erect a nine-meter vuvuzela armed with a loudspeaker that will broadcast the Russian team’s matches.

The installation will also be interactive, allowing fans and park visitors to sound the horn with their own voice by speaking into the microphone.

But unlike the infamously ear-splitting noise makers, this one will emit a “softer” sound no higher than 120 decibels, or the volume of a car horn.

Moscow is home to 130 nationalities and 12.3 million residents. JB