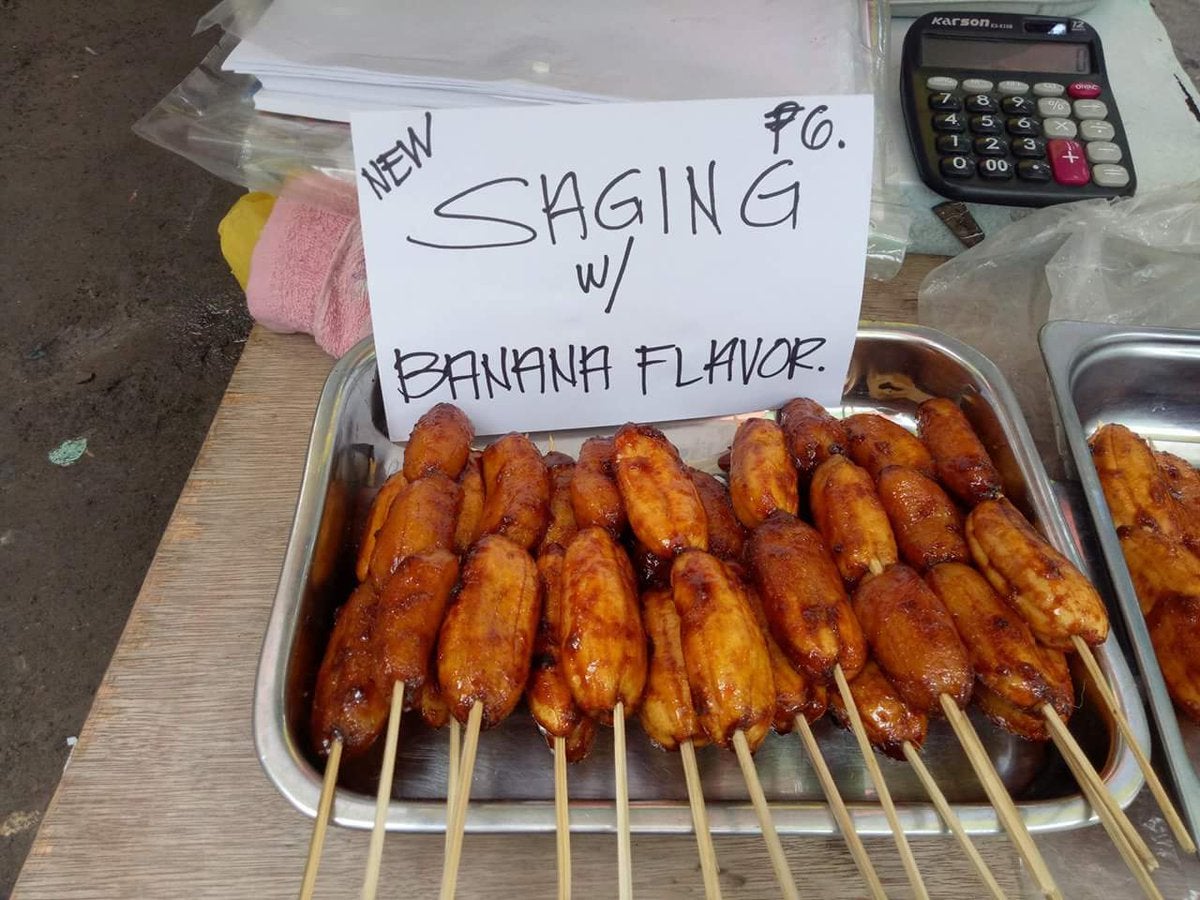 Banana cue is a staple Filipino snack, regardless of what generation one is born into. A certain photo circulating the internet recently, however, takes the classic merienda into a whole new level, as the photo shows what was reportedly “banana-flavored banana cue.”

In a Facebook post made by Viral Photos on Wednesday, June 6, a photograph showing a sign for banana cue is seen — only, it’s labeled “NEW SAGING W/ BANANA FLAVOR ₱6” (New! Banana with banana flavor [for] P6.) The page credits the photo to a certain Maria Maria.

Unsurprisingly, netizens found the post amusing — after all, how can banana flavor be further incorporated in a banana? And Filipinos being Filipinos didn’t hold back in speculating what exactly does the vendor of the banana cue mean, when he or she made the sign.

One netizen, Dane Rojas Benito, inferred that the vendor added banana flavor to enhance the flavor on the sugar which is used to coat the classic snack.

One commenter, Brianna Sy, seemed to echo what Benito said; only, she thinks the vendor did away with the use of sugar altogether, opting to use banana flavor instead.

Another commenter, Marko Antonio Defensor Sangalan, thought that the vendor may have added banana flavor extract in the recipe, probably because the banana bought by the vendor might have been unripe.

Meanwhile, one Jo Daniel Campos seemed to be a fan of conspiracy theories, with his take on what the viral photo means — he commented that the banana-flavored banana cue was probably not really made with real bananas, but with flour shaped like bananas.

Meanwhile, other netizens overlooked the banana flavor issue and focused on the banana cue’s tag price instead. Apparently, the classic merienda is being sold at a lower price than what they are used to.

One netizen, Rremedialvv Sselyobb, went as far as to ask for a discount. He even jokingly asked if the vendors have free shipping.

The viral banana-flavored banana cue photo posted by Viral Photos has garnered over 45,600 likes-reactions and 33,000 shares on Facebook, as of this writing. JB