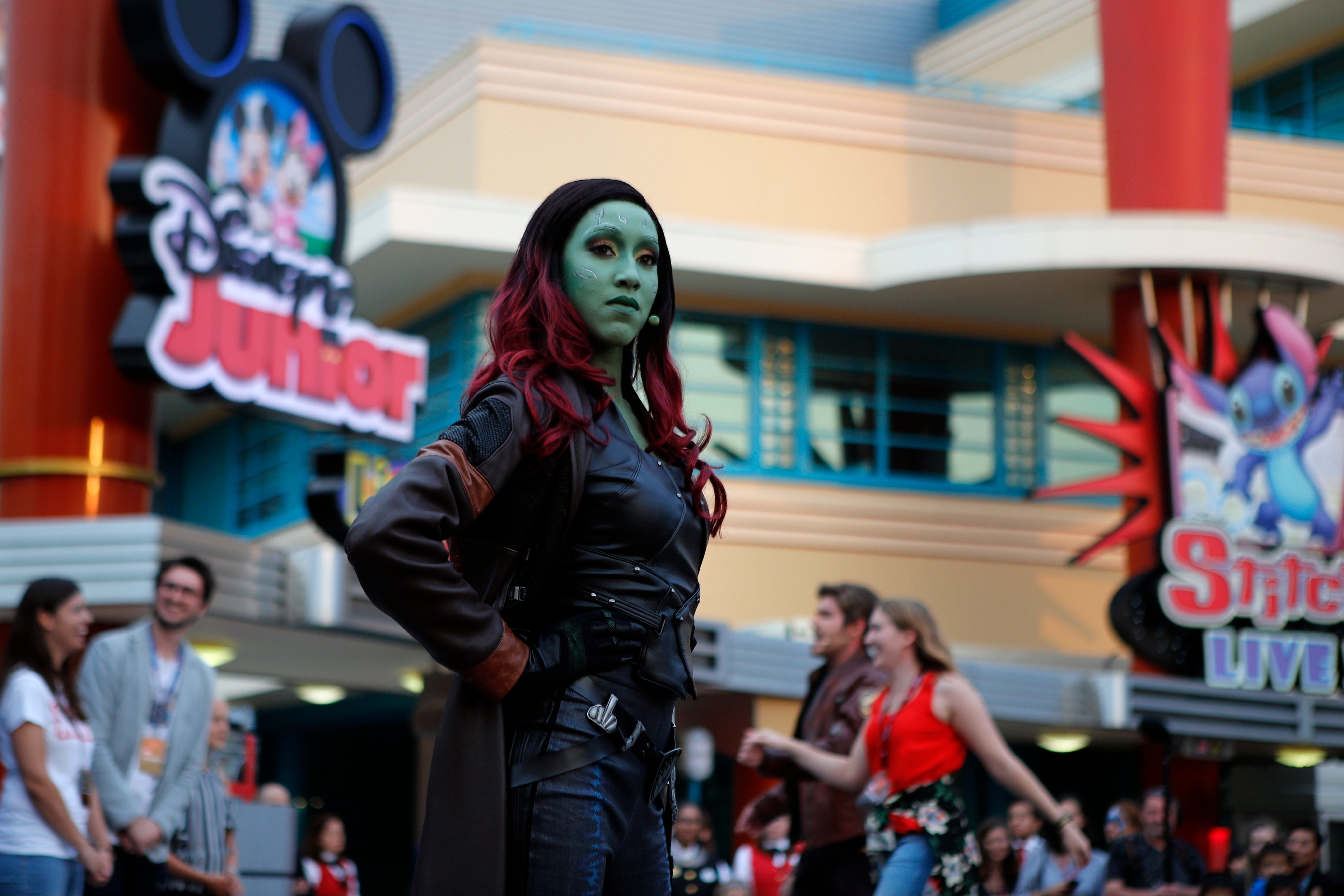 "Gamora" character of the "Guardians of the Galaxy" performs with the guests during the opening show at Disneyland Paris, Saturday, June 9, 2018. Helicopters, concept cars and swat teams shrouded in smoke heralded the launch of the first Avengers-themed season at Disneyland Paris following the announcement of a $2.5 billion expansion plan for the park, which will feature Marvel superheroes. Image: AP/Francois Mori

CHESSY, France (AP) — Helicopters, concept cars and SWAT teams shrouded in smoke heralded the launch of the first Avengers-themed season at Disneyland Paris following the announcement of plans for a $2.5 billion park expansion that will feature Marvel superheroes.

Movie and sports stars, including French Olympians Teddy Riner and Camille Lacourt, attended an official opening Saturday night for the season that brings the Disneyland resorts a step closer to merging its traditional cast of characters with the Marvel universe.

It follows similar moves in Hong Kong Disneyland as well as in the Disney California Adventure.

“We are delighted to have the Avengers assemble in Disneyland Paris for the first time ever,” Euro Disney President Catherine Powell said. “They’re here to delight thrill and surprise you with incredible action and amazing special effects.”

Actors glided down ropes from a hovering helicopter before Spiderman, the Hulk, Ironman, Thor, Captain America and other Marvel characters took the stage for several shows.

Behind the special effects and celebrity guests were hard-negotiated business plans.

Disney Group said the makeover of Walt Disney Studios Park, one of the two theme parks that make up Disneyland Paris, will be rolled out in phases beginning in 2020. It includes three new areas based on Marvel superheroes as well as the Frozen and Star Wars franchises.

The Hotel New York will be redesigned to resemble the architecture and decor favored by Tony Stark, aka Ironman.

Analysts see the plans as a major area of investment that will aim to drive long-term growth for Disney, which acquired Marvel in 2009.

“The massive Marvel collaboration and $2 billion plus investment speaks to Disney’s positive view for the future of this all-important European asset as it further drives mindshare among consumers,” GBH Insights analyst Daniel Ives said in an interview.

“While Disneyland Paris has seen its shares of speed bumps from an attendance perspective post-recession and Paris attacks, its appears to be on a healthy trajectory,” he added. CC