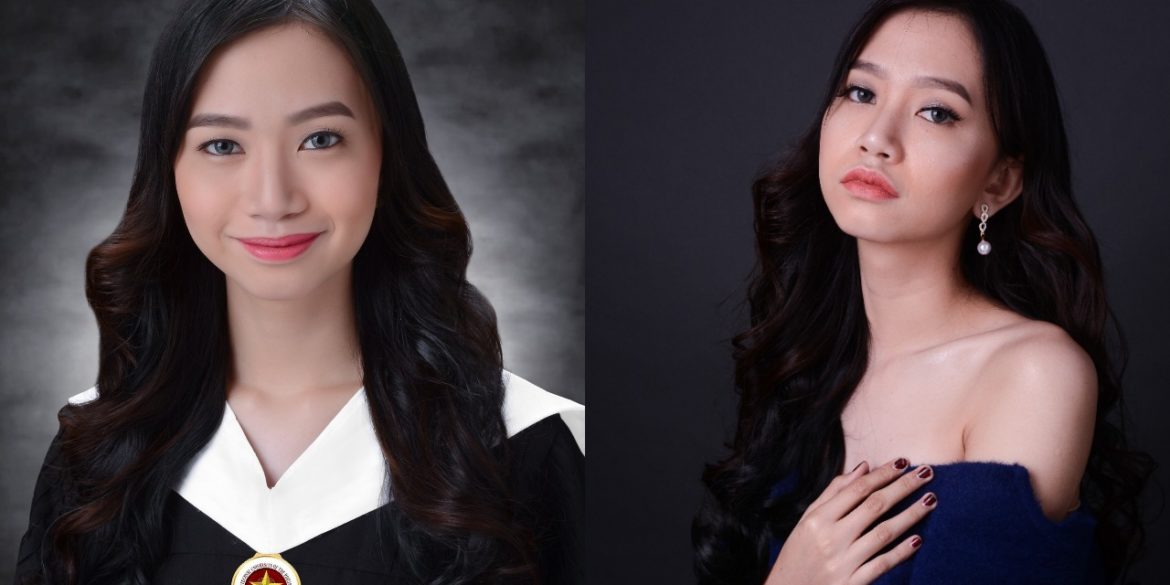 From moments like a first transwoman politician winning a congressional seat, stories of celebrities coming out, up to a city in Metro Manila landmarking a pro-LGBTQ ordinance, the Philippines – despite being a conservative and dominantly Catholic country – is soldiering on.

Little by little, the Philippine society seemed to veer towards the complete celebration of love, respect, and pride for the members of the Lesbian, Gay, Bisexual, Transgender, and Queer (LGBTQ) community.

And earlier this year, the Polytechnic University of the Philippines (PUP) has joined these LGBTQ defining moments in history as it welcomed Ianne Gamboa, its first transwoman valedictorian.

Through PUP’s recognition of her individuality and talent, Gamboa, hopes to fan the flames that would shatter gender stereotypes and create equal opportunities for the so-called rainbow community.

Growing up with an exceedingly supportive family, the 20-year-old Ian Christopher – which was eventually changed into Ianne – has recognized herself as a transwoman since the early stages of her life.

“I think it started when I was younger I really wanted to dress up with women’s apparel. When I was in 5th Grade, I started using girls’ stuff na,” Gamboa told INQUIRER.net.

“My parents and family really supported me on my decision that I’d dress up like a woman. They even bought me dresses and skirts. I’m very thankful to have a very accepting family. I just prefer to be called Ianne because it sounds and looks more feminine. I think it’s the feminine version of Ian,” she added.

But before Gamboa marked a milestone for topping her class, she also wrestled to get people accept her identify all through high school and college.

“I had a professor in PUP who told me that I am not going to be a woman even if I’d undergo surgeries. I just respected his opinion because I know that I cannot do anything about it. I showed to him that I am a diligent and hard working student in his class. Before that semester ends, he told me that he admires me because I excelled in his class,” she said.

“When I was in high school, we had to obey policies that would develop our disciplines such as—maintaining a short hair, wearing school uniforms that are for males, entering the men’s bathroom,” she continued.

For Gamboa, the struggle for self-expression hinders a transgender man or woman to realize his or her full potential.

“By that, transgender people contribute minimum amount of progress in our society. When you support or accept a person to express her/himself regardless of sexual orientation and gender identity, s/he can excel in whatever passion he or she has,” she added.

And upon entering PUP, Gamboa said she has become ready to take the center stage – to be true to herself, and accept and embrace what she has truly believed in.

She excelled both in academics and in co-curricular activities. In fact, she is the outgoing President of the Department of English, Foreign Languages and Linguistics, and finished college with a general weighted average (GWA) of 1.23353 – the third highest GWA in all of more than 8,000 graduates of PUP batch 2018.

“PUP has given me the opportunity to be who I am while working hard to become who I want to be. I am very grateful to the teachers and students of PUP for respecting those who do not belong to the sexual binary. PUP has taught me, above anything else, that I can be anything,” she said.

With Gamboa’s success entering the history books, she wished that her recognition, being the university’s first transgender woman valedictorian, may help continue to stun gender stereotypes and double standards, and to provide the LGBTQ community with equal opportunities.

“My greatest hopes are that the members of the LGBT Community will be given a fair and equal opportunity not just in the academe but also in the professional world. Anyone, especially the members of the LGBT community, can achieve their dream if they are allowed to express themselves and with enough respect to our education,” she pointed out.

In her valedictory speech, Gamboa underlined why her scholastic journey is “not different” with any other graduate, and that they shared similar stories.

“We queue in the same lines. We occupy the same spaces. We breathe the same air. Apart from these common experiences, I do believe that more than anything else, we share one important resource that is opportunity,” she said.

“From the very beginning, I know that my journey will not be easy. I know that at some point, my choices and preferences will become an issue. Some will question how I look or the way I dress. Others will doubt my skills. But I had no choice. I cannot change the way I speak or the glow of my dewy skin. I cannot change who I am so I had to be first. I am glad, that all these years, PUP welcomed me with open arms,” she added.

She also urged her fellow graduates to break glass ceilings and be the “first.”

“Our challenge is to shatter the glass ceilings in every industry or profession we chose to be part of; to become trailblazers and pioneers in whatever endeavor we choose. In everything we do, we should have no other choice but to be first,” she stressed.

With this, it’s payback time for Gamboa as she wants to give back to the country by planning to bring her smarts and talents in the government.

“My father is a police officer and he accepts me for who and what I am. Like my father and my sister, I want to also be a public servant by working for our government,” she said.

“I am hoping also to work for our government because I studied in public schools since I was in elementary and I graduated from a State University. I am hoping to give back to our country by being a public servant,’ she concluded.  /kga