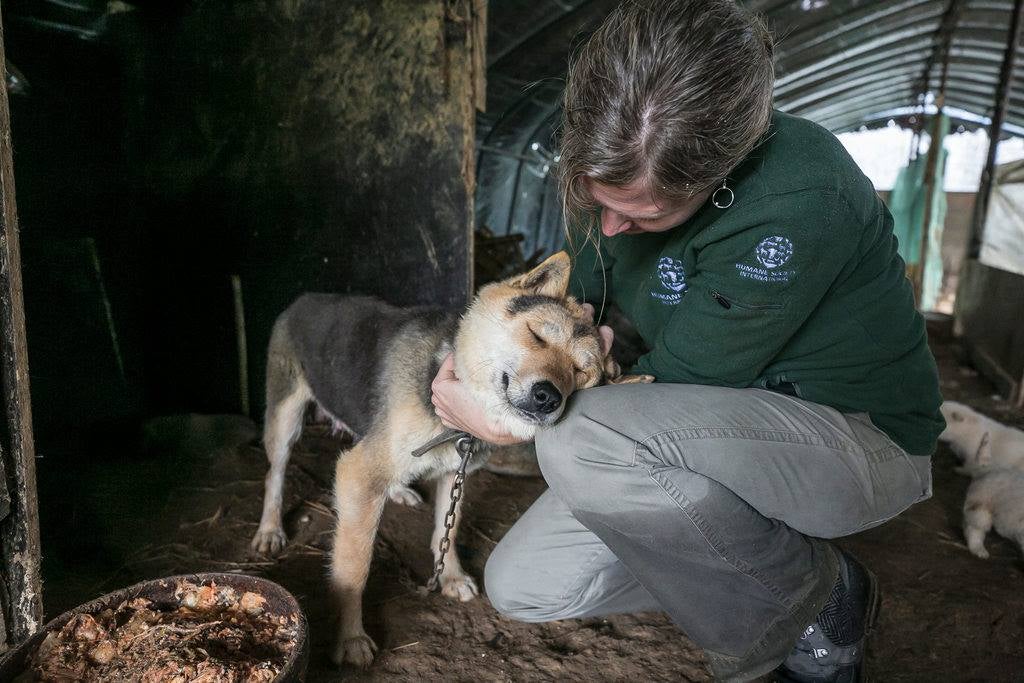 One of the many dogs rescued from a meat farm during recent mission to South Korea, June 9. Image: Facebook/@hsiglobal

A South Korean dog meat farmer felt great relief when his farm got shut down.

Until last year, farmer Young-gyu Kim had been selling dogs for meat. Now that the demand for dog meat has gone down, he felt happy that he no longer had to sell dogs for food to make a living, according to a report by Metro.

Kim’s entry to the dog meat industry started involuntarily 20 years ago when he was given puppies to help him start a business in South Korea’s burgeoning pet trade.

Kim’s puppies, and many like them, had been part of a 1980s government program to breed large dogs as pets. At the time, the idea of having pets was new to the country. Meanwhile, farmers had no qualms in breeding dogs for meat.

However, given that most of South Korea’s residents lived in small city apartments, the desire for large dog breeds quickly went down.

Over time, Kim’s dogs multiplied at his Gyeonggi-do province farm. It eventually came to the point that he could no longer sustain the animals. He had no other option than to sell the dogs off for meat.

“No one asked me to sell them for their pets,” he said. “I had more puppies and dogs than I could cope with so I knew I had to sell them. I started to sell them for meat, which was not unusual as there are lots of dog meat farms,” said Kim, according to the report.

Humane Society International eventually shut down Kim’s farm in March 2017. Adam Parascandola, director of animal protection and crisis response, and his team rescued 67 dogs from awful living conditions. They were flown to the United States and put up for adoption.

“It literally took my breath away, not least because when we first entered the darkness, the stench was overpowering. The ammonia burned the back of our throats,” said Parascandola.

HSI continues to rescue dogs and shut down meat farms up to this day.

Kim thanked HSI for coming in to get the dogs because he always felt bad about selling them off to be slaughtered. “I’m very happy and grateful for Humane Society International so that I could stop,” he said, according to the report.

He added, “I’m so happy for the dogs since I felt so bad whenever I sold them.”

Kim now grows crops on his land and cares for a sick wife. He also believes the dog meat trade is on the way out.