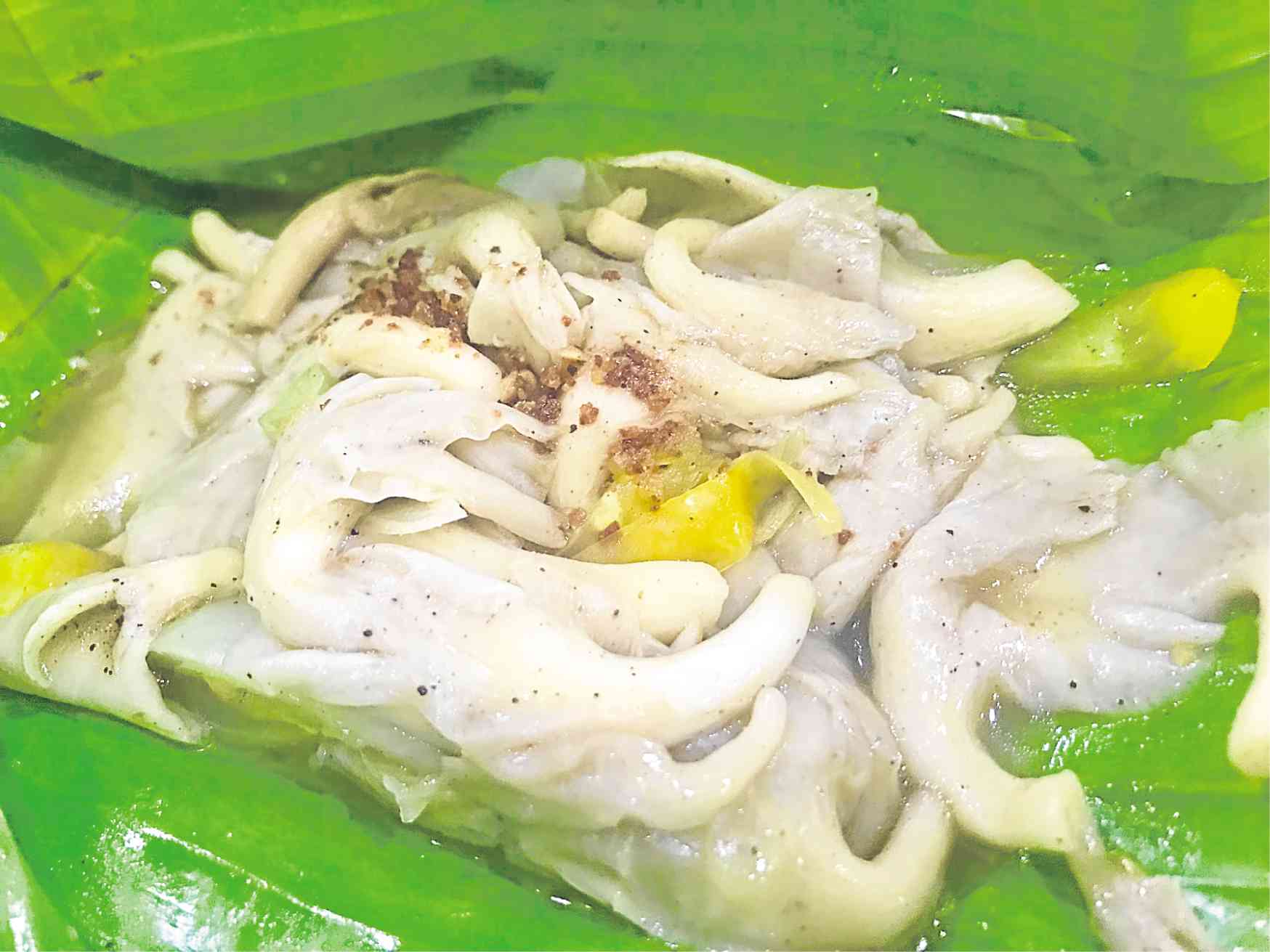 I had a marvelous time eating in Bacolod, where food is king.

Here are some places to go and dishes to try when in the City of Smiles.

It’s been a while since I saw my dear friends Peque Gallaga, his wife Maddie and son Jubal. They hosted lunch for me at Aboy’s.

It has a really good selection of “native” dishes which are consistently good, said Jubal. “Sometimes restaurants have off-days, but Aboy’s never disappoints.”

My visit revolved around just one activity: eating. More like overeating!

No matter how simple the meal (be it dessert with a cup of tea) or the time of day, eating in Bacolod means feasting.

Jubal said that Negrosanons in general, and Bacolodnons in particular, like to eat well.

He explained how food plays a major part in the Gallaga family life. “It’s one of two things we don’t skimp on,” he said. (Health is the other one.)

“When we travel, it’s less about sightseeing and more of food-tasting,” he pointed out. “I suppose, if we scrimped and saved and had been a little more spartan in our kitchen, we could have taken more trips and bought nicer things. But in the end, eating well is its own reward.”

Their happiest memories are usually about family and food. When Peque’s mother, Conchita Gallaga, was still around, Sunday potluck lunches followed a theme, with some friendly competition, to see which dish got the most raves.

Each family has its own specialty dish.

Aboy’s is no exception. I loved the steamed oyster mushrooms wrapped in banana leaves with onions and tomatoes. A tad tart with a tinge of sweetness on the finish. Delicious!

The squid fat cooked en su tinta was decadent. Yes, just the fat! The viand was rich, sinful, deep in flavor. If you’re in Bacolod, make sure to go to Aboy’s to savor this, and bring home frozen packs for pasalubong.

The bibingka was egg-laden, buttery and cheesy. It was sublime paired with fresh tarragon tea that cut through the bibingka’s richness.

The recipe is Peter Kim’s own. The Bacolod-based Korean restaurateur recounted how his mom, Soon-lye Lee, used to cook galbi for him. Kim said it’s essentially a party and holiday dish.

“Beef in Korea is quite expensive,” he said. “Now I understand that it is not only the price but also the effort” that goes into making it that makes it special.

“It is slow food,” he explained. The meat needs to be steamed, then braised for three to four hours.

“Every time I eat it, I remember my mom,” he said.

His ramyun also tasted good. The broth was tasty, the noodles had a nice bite.

“I haven’t seen anyone who doesn’t like ramyun,” said Kim. “With rice and kimchi, it’s perfect. It was my main meal when I was a student.”

Also known as Sans Rival Negrense, this dessert is the coming together of sans rival and brazo de mercedes—crisp meringue layers with yema filling, capped with buttercream.

Jesena noticed how her sans rival would often end up next to the brazos de mercedes on the dessert table. She toyed with the idea of combining the two standouts into one dessert creation.