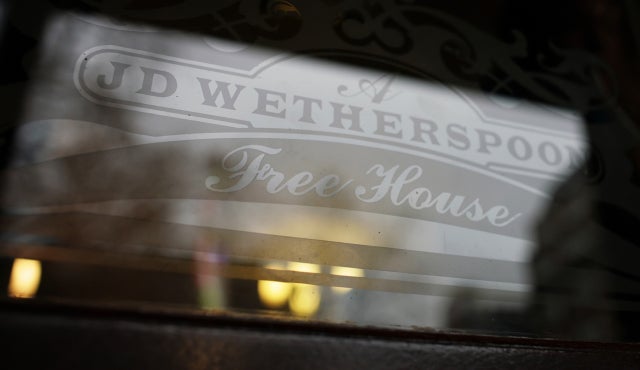 British pub chain JD Wetherspoon will stop serving French Champagne in favor of sparkling wine made in Britain and outside the EU in the run-up to Brexit, it said Wednesday.

Wetherspoon, whose chairman and founder Tim Martin is a vocal Brexit supporter, added it would also stop serving wheat beers produced in France and Germany from July 9.

The company will instead serve sparkling wines also from Australia, alongside more British-brewed wheat beers, at its near 900 pubs across the UK and Ireland.

The switch will take place towards the end of the 2018 World Cup, a tournament during which Britain’s pubs are set to enjoy booming demand from thirsty football fans.

“This move helps us to broaden our horizons so that we create an improved offer for the two million customers who visit our pubs each week,” Martin said in a company statement.

“It is the start of a review all products in the next six to 24 months, with the object of making our business more competitive.”

Martin was a Leave campaign donor in the run-up to Britain’s shock 2016 referendum result in favor of leaving the European Union.

Wetherspoon is well known for its pro-Brexit stance and even printed special anti-EU beer mats for punters ahead of the vote.

The company is the nation’s third biggest pub chain after leader Greene King and second-place Enterprise Inns, according to data from market research provider Euromonitor.

Britain remains on course to depart from the European Union in March 2019. AB