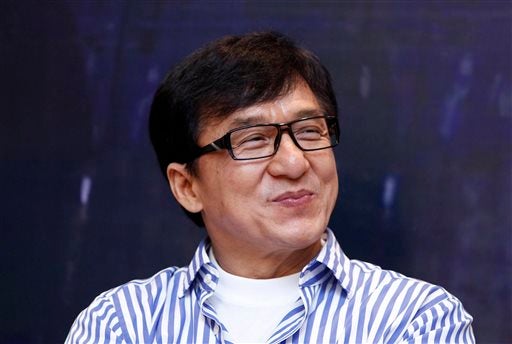 NEW YORK (AP) — Jackie Chan is ready to share more stories about his amazing life and career. The star of blockbusters such as “Rush Hour” and “Kung Fu Panda” has a memoir coming out in November.

Gallery Books told The Associated Press on Thursday that “Never Grow Up” is a “candid” account of everything from his youth with the China Drama Academy to his “numerous” near-death experiences on and off camera.

The 64-year-old Chan will also write about making movies in Hong King and Hollywood and of his imperfections as a family man, according to Gallery, a Simon & Schuster imprint.

Chan’s other films include a remake of “The Karate Kid” and the “Police Story” series. His previous books include “I Am Jackie Chan: My Life in Action”, a memoir published in 1998. CC