Celine Dion on what keeps her young | Lifestyle.INQ ❮ ❯ 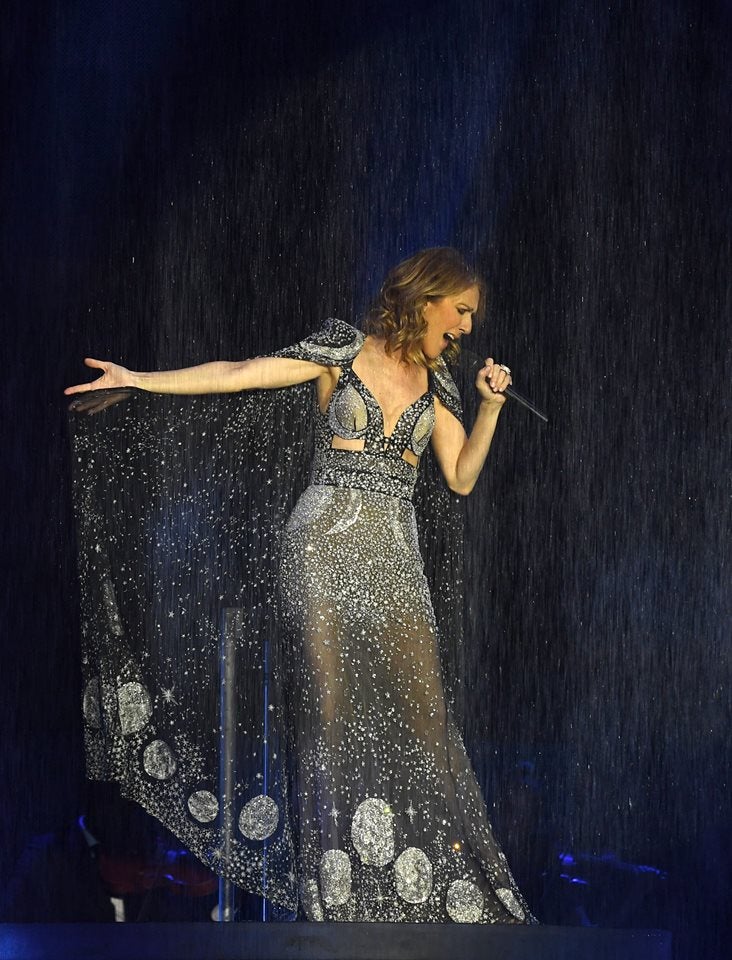 Celine Dion on what keeps her young

Three years after being forced to cancel her first concert in Manila to take care of her then ailing husband, Canadian pop superstar Celine Dion is finally scheduled to fulfill the engagement with two shows, July 19 (sold out) and 20 at Mall of Asia (MOA) Arena, via Ovation Productions.

What is one career highlight that you like remembering or reliving, and why?

I think I’ve been more than fortunate to experience quite a few highlights throughout my career, so it’s difficult for me to name just one. But my very first time at the Oscars singing “Beauty and the Beast” was something that I will always remember. Being on that stage performing in front of all those famous actors and actresses was a huge thrill.

How do you maintain the quality of your voice? No cold drinks, only lukewarm? Neck scarves when traveling?

I do a lot of things to keep my voice in shape. Lukewarm drinks is one of them. I also try to stay away from air-conditioning and cigarette smoke. Most of all, I still warm up doing my vocal exercises before every show, or before recording songs in the studio.

Do you perform in couture? How many outfit changes can we look forward to in your Manila concerts?

Yes, my stage costumes are couture, and I’m excited about what we’ve chosen for the tour. We think we’ve got some gorgeous new costumes, and we’ll have four or five changes for our shows in Manila. But we’re still fine tuning this.

What advice can you give young singers who have a hard time coping with pressure, and complain of emptiness or sheer exhaustion?

I always tell young singers to follow their dreams, and if they love what they’re doing, to just keep going. Whether you’re singing for a few people, or a few thousand, try to have fun.

Do you ever get tired and want to stop? What do you do to recharge?

I get tired after doing a lot of shows, or a big tour. That’s normal. And we always try to plan time off in between long stretches of work. The best way for me to recharge is to simply spend time with my children, away from business. They keep me grounded, and they help to keep me young.

Her self-titled debut studio album in 2017 yielded seven singles, including two UK Top 10 singles “Be the One” and “IDGAF,” and the UK No. 1 single “New Rules.”

Panic! At The Disco

Another coming MMI Live concert is that of Panic! At The Disco, which will bring its “Pray For the Wicked” tour Oct. 20, at MOA Arena.
la.

The album “Pray For the Wicked” follows Panic! At The Disco’s critically acclaimed fifth record, “Death of a Bachelor (2016).

“Pray For the Wicked” debuted at No. 1 on the Billboard 200 chart and was nominated for Best Rock Album at the 2017 Grammy Awards.

Tickets will start selling on July 8, 10 a.m. at all SM Tickets outlets.