He’s an older dad–and a better one, too | Inquirer Lifestyle ❮ ❯ 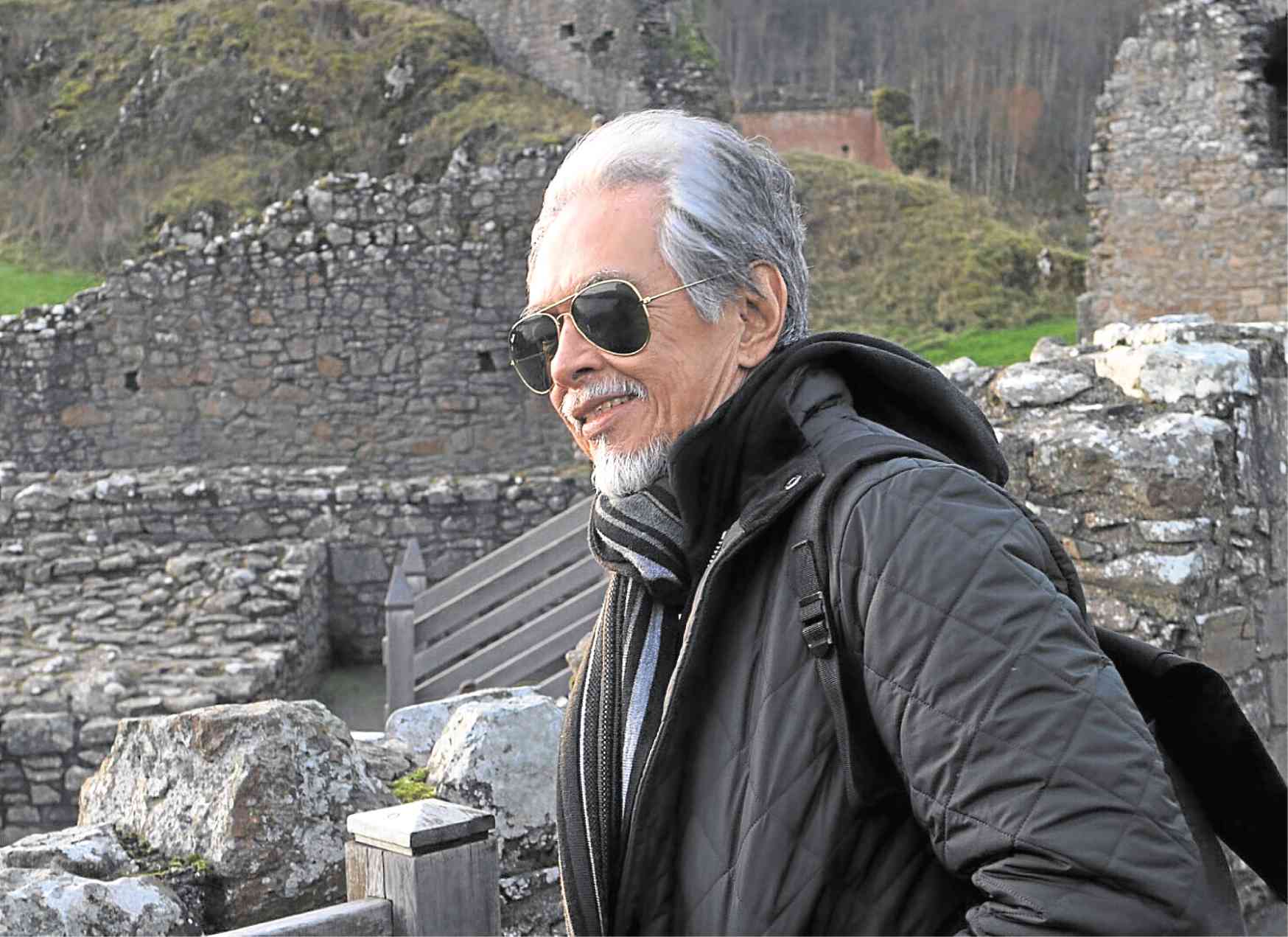 Jun de Leon: “My only aim for my children is for them to be better than me.”

He’s an older dad–and a better one, too

Among colleagues and clients, Jun de Leon is the passionate, intimidating, larger-than-life photographer to the stars and society’s who’s who. It’s a tough guy exterior that disappears once you ask him to talk about fatherhood and family.

Known to throw a fit at anyone who makes him wait during shoots, De Leon gets weepy watching movies like “Coco” and “Captain Fantastic.” Even the sight of a father and son running in slow motion in a Jollibee ad gets him all choked up.

“Iyakin ako,” he admits unabashedly over a healthy breakfast at one of the restaurants in Bonifacio Global City.

Inquire about his children—seven from his previous relationships, two with his beauty queen, model and image consultant wife Abbygale Arenas-de Leon—and he softens up, smiles a lot. He waxes sentimental about the time Abby told him he was going to be a father again—at 63.

Recalling the hours of shock from the news, followed by months of anxiety about whether he would still be around to witness his child’s milestones, he remembers all that going away and instead being moved by the sight of Jacob Eli’s head and the sound of his first cry. To hell with the questions, he told himself, he’ll just do his best and enjoy him to the fullest.

De Leon is just as emotional when it comes to his older kids—Christine Nordeña, Oliver de Leon, Timmy de Leon, Patricia Berdos, Katrina de Castro, Niccolo Leviste and Isabella Borgers. He and the brood regularly see each other for Christmas, an event he looks forward to and one that involves the kids bantering about why their place is the better venue to host the gathering.

The get-togethers are so much fun, the kids get teary-eyed at the thought of their dad going home.

It wasn’t always this way. Bereft of a father or father figure growing up, he has only one memory of his dad: being lifted across his casket at the age of five, a superstition that supposedly keeps the spirit of the deceased from visiting the child.

Traumatized by the incident, De Leon had since refused to attend all wakes, including his mother’s and brother’s.

Years later, the trappings of this celebrity photographer’s “rock star” life made him an intermittent parent at best.

“Mawawala, then I’d come back,” he says. “I didn’t know how to be a father. So I’ve forgiven myself for being human and asked my children for their forgiveness. I told them that my only aim was for them to be better than me.”

Like their father, his kids have no attachment to the past. “For all the resistance, we have a bond with our dad that far outweighs the tough times,” wrote Christine in a foreword to “Our Father,” a book featuring her dad’s portraits of famous fathers, with touching stories supplied by their kids. “No matter how many mistakes he may have made, we, his children, without a doubt, love our dad.”

For De Leon, Abby was the biggest factor in bridging the gap between him and his children. “She became friends with my kids. That encouraged me,” he says.

Today, he is as much their buddy as he is their dad, especially with his girls, who run to him when they have good news to share or need a shoulder to cry on (and some retail therapy) to mend a broken heart.

“Back to your original boyfriend!” he tells them with a laugh.

For a man in his 60s, De Leon is noticeably fit and full of energy, the result of an active lifestyle and thoughtful food choices. He dives twice a month, does Pilates and resistance training regularly, and consumes whole foods. Being in the best shape of his life allows him to keep up with his kids, particularly the younger ones.

Now one-and-a-half, Eli has dethroned his dad as the boss of the household. He likes pushing his father off the bed when he sleeps with his parents, and leaves toys all over the place. You know you have a baby in the house when you walk around in the dark and hurt yourself from stepping on a Lego brick, says this dad with a chuckle.

It’s with Irijah that De Leon is experiencing the whole nine yards of fatherhood. Present when he was born 16 years ago, he’s involved in every aspect of his teenage son’s life—from wakeboarding and watching movies to looking for a school where Ijah can pursue his love of filmmaking. Father and son have identified one in Michigan, which Ijah will attend next year.

In his moments of missing, he will most likely turn to the handwritten note his son gave him many years ago, one that he keeps in his wallet and has folded and unfolded countless times, it is close to tearing.

“You have made me happier than any kid in the world,” Ijah scribbled, “for you have the power to make anyone happy.”

The power to make anyone happy, recites De Leon with relish. For the man who is far from being the perfect dad yet loves his children the best way he can, it’s the only thing he needs to know. —CONTRIBUTED