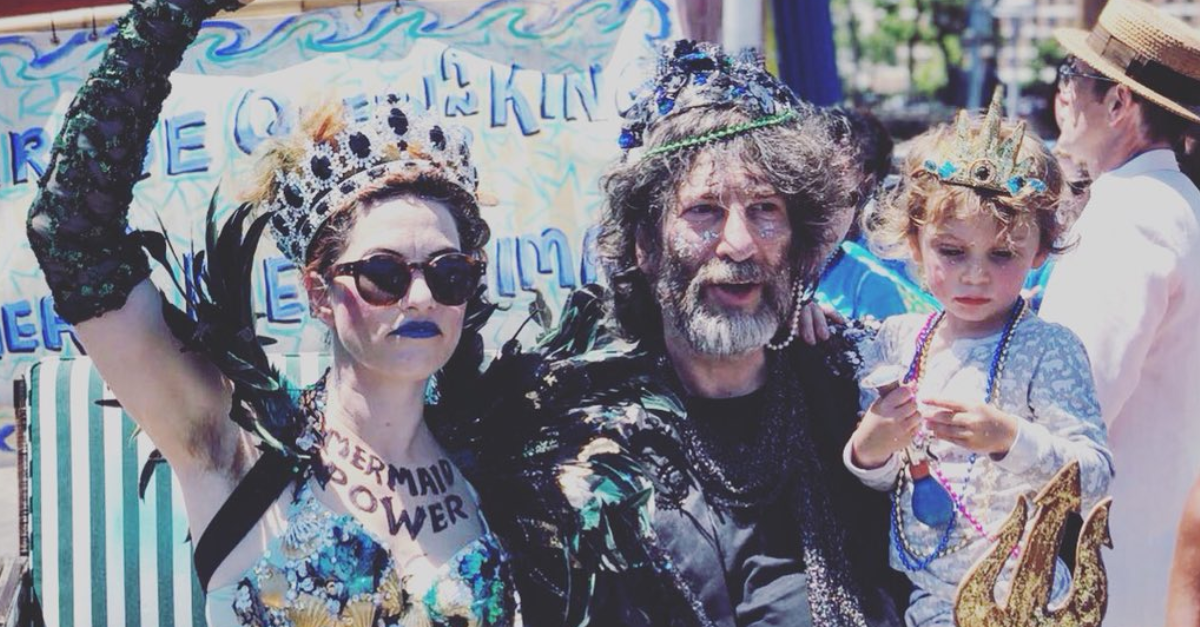 NEW YORK (AP) — Throngs of people dressed as mermaids, fish and other aquatic creatures packed New York’s Coney Island on Saturday for a sun-soaked edition of the zany Mermaid Parade.

Crowds cheered as Neil Gaiman, the author of fantasy works such as “American Gods,” and his wife Amanda Palmer, a musician with the Dresden Dolls duo, led the parade dressed as King Neptune and Queen Mermaid.

Prince Ash wouldn't wear his fancy merman clothes, so he is in his pajamas. Photo by @maddygaiman @MermaidParade pic.twitter.com/neDcJZs5lx

queen mermaid, king neptune & wee prince ash. best day ever. too many photos…here’s a classic from the top of the parade by @maddygaiman. we paraded, we threw fruit in the sea, we (well, one of us) swam naked. PEACE IN OUR KINGDOM! @coneyislandusa #mermaidparade 🧜🏼‍♀️ pic.twitter.com/ZhZ1yHXRKt

The couple and their 2-year-old son were wheeled along the beachfront route in a wicker chair, taking in the colorful scenery that included everyone from a princess mermaid to a pirate zombie.

“We absolutely love mermaids and mythology and everything and this is like the most fun,” said parade-goer Carley Boltz. “We just get to go once a year and just dress up and have a blast.”

Cindy Lopez’s princess mermaid mashup was complete with a tail that she planned to take for a dip in the ocean. Sean Marz wore sequins, an algae crown and seashells covering his skivvies.

“There’s a lot of shimmering objects pasted to my body,” he said.

The Mermaid Parade was founded in 1983 to bring mythology to life and give New Yorkers a chance to express themselves in public.

It draws hundreds of thousands of revelers to the beach each year. NVG

NYC mayor a pirate among mermaids at zany parade

WATCH: Before becoming ‘Wonder Woman,’ Gal Gadot was a mermaid