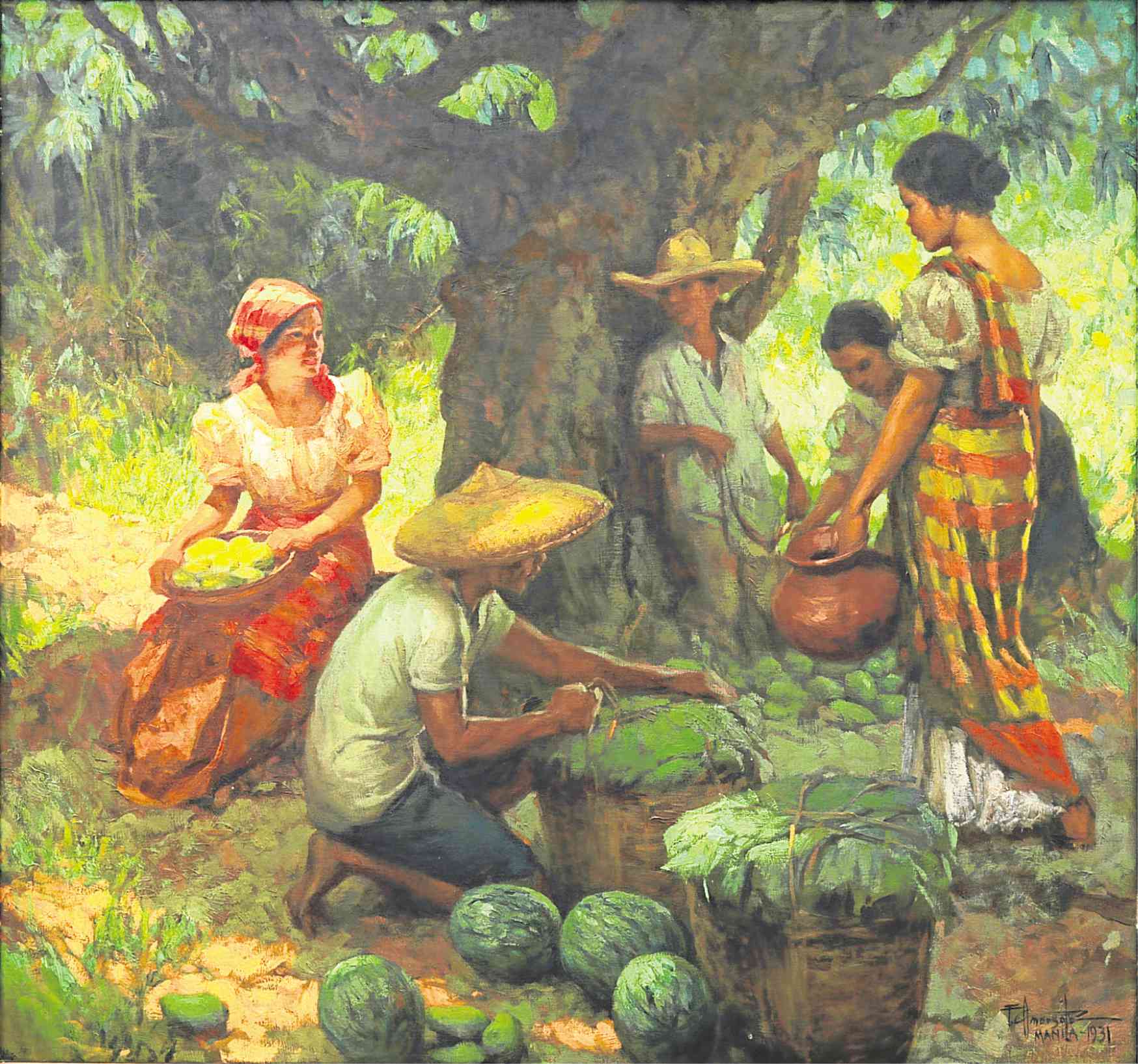 Guerrero—a master landscape artist from the late 19th century and the mentor of Juan Luna, Felix Resurreccion Hidalgo and Fabian de la Rosa and teacher of Amorsolo—also set a new world record with the sale of his very small landscape. “At River’s Bend” fetched P17.5 million from a starting bid of just P800,000.

Made around 1868, “At River’s Bend” shows a romantic scene of a nipa huts at the edge of what’s believed to be the Marikina river, tributary to Pasig river.

But Joya’s work measured 60 x 70 inches, and was much, much larger than Guerrero’s.

Perhaps just as groundbreaking was the winning price for José Rizal’s bas-relief wooden sculpture, “The Filipino,” which showed a man lifting a dumbbell. From a starting bid of P5 million, the work was sold for P17.5 million.

The sculpture came from the family of Narcisa Rizal, the third sibling of the hero’s family. The nation will be marking tomorrow the 157th birth anniversary of Rizal.

Another highlight was Danilo Dalena’s 1996 “Lubid (Quiapo Ilalim Series),” a tribute to the Black Nazarene, which was sold for P5.14 million.

The Manila aparador from the second quarter of the 19th century was sold for P5.8 million. The main front of the cabinet consists of a pair of narra door panels framed in kamagong.

According to social historian Martin Tinio Jr., back then kamagong furniture was only for the very rich.

“Aside from the material being very hard to find, the density and hardness of the wood made it extremely difficult to work with,” Tinio said. “Artisans working with kamagong had to sharpen their tools almost every half hour, and a wrong move during carving usually resulted in a chipped chisel blade.”

Meanwhile, the Isabelo L. Tampinco armchair, made from narra and rattan, was bought for 3.97 million.

This armchair was part of a suite of furniture that Tampinco made in 1909 for Maximo Viola, the man who lent Rizal the money needed to publish his novel, “Noli Me Tangere.”

“The chair,” said Tinio, “stands on four feet carved in the shape of an inverted and truncated trunk of an areca or bonga palm emanating from a quadrant at each corner carved with a section of an anahaw leaf.” —CONTRIBUTED

Check out the results of the auction at leon-gallery.com.