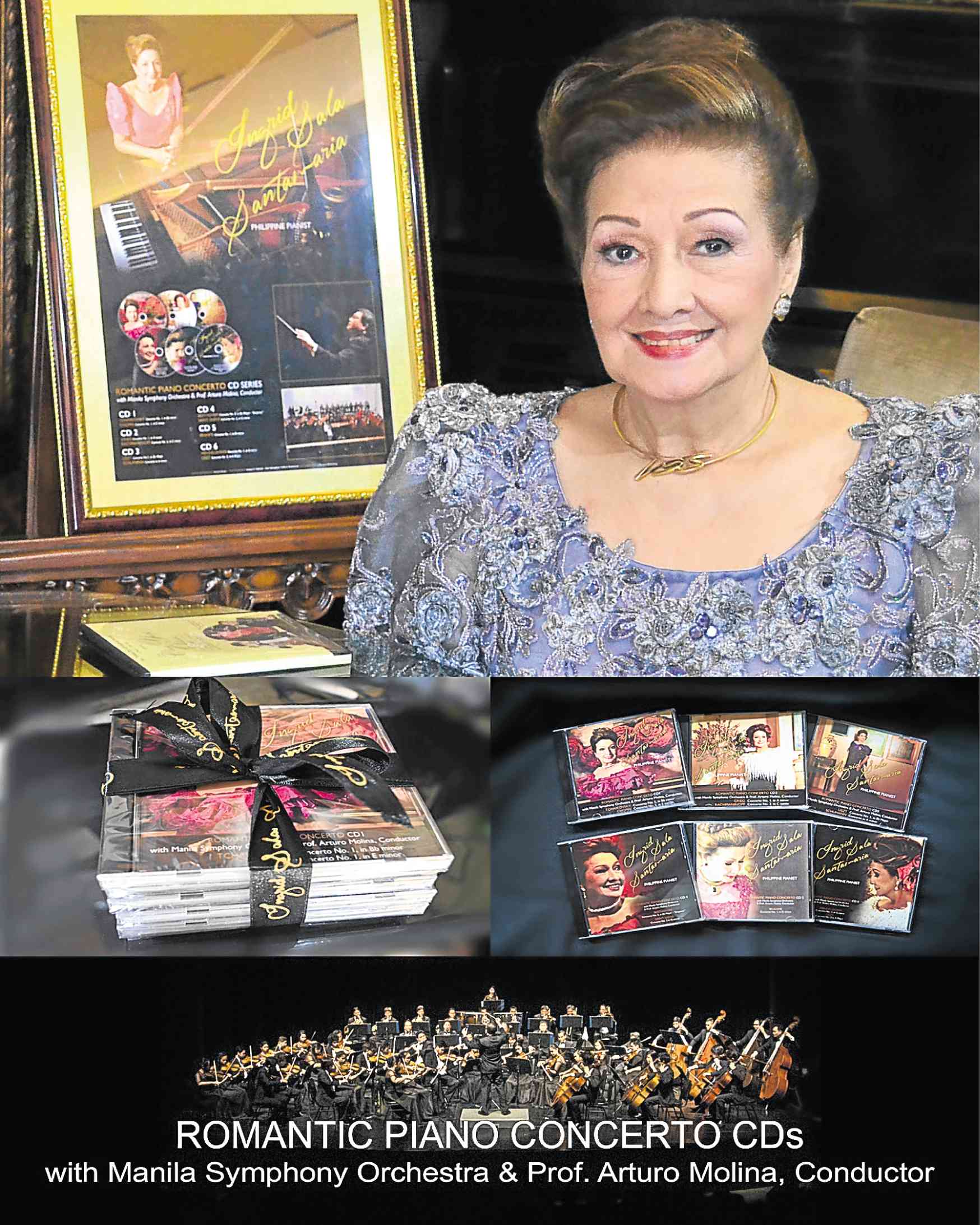 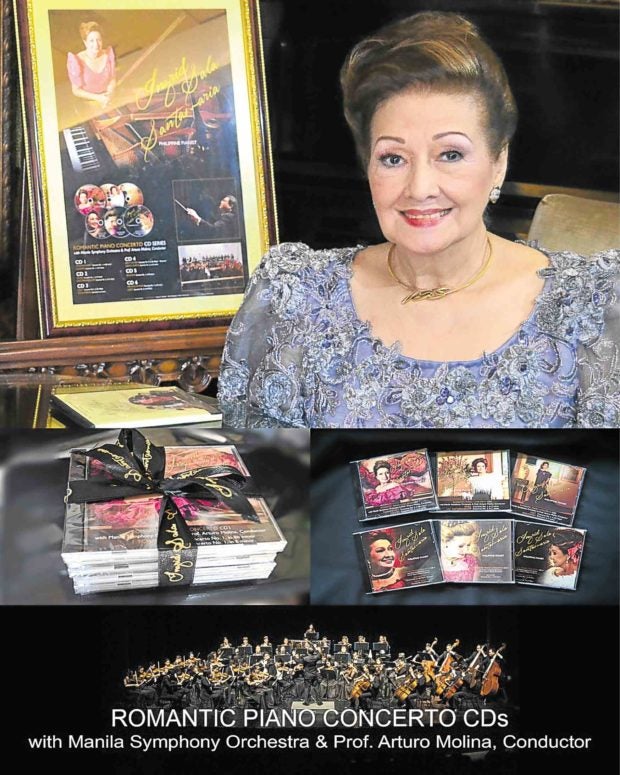 Pianist Ingrid Sala Santamaria has performed all the romantic piano concertos in the repertoire and in all unimaginable settings.

She was soloist in the Rachmaninoff (second) concerto and Tchaikovsky concerto (first) using a typhoon-battered baby grand with the late Reynaldo Reyes (second piano) making do with a rickety upright in Catanduanes.

In any weather and assorted venues and audiences young and old alike, she has played Chopin and Saint-Saens concertos in Ozamiz, Grieg in Silay City, Schumann in Zambales, and Saint-Saens in Pampanga.

Name any romantic concerto in the repertoire and she has played them all.

But for now, her obsession with music has taken a far more accessible form—she now uses the internet. Any music lover can access those Santamaria recordings with the tap of a computer key.

But the good thing is some of those videos aren’t just live performances.

She has actually recorded all 11 piano concertos with the Manila Symphony Orchestra (MSO) under the baton of Arturo Molina.

MSO executive director Jeffrey Solares said the pianist was not one to be daunted by problems on budget, time, recording space, equipment and lack of personnel.

The pianist would often joke that she had to do things pronto before the onset of arthritis and dementia.

Fact is she has performed all the 11 concertos without a score.

The recording project was conceived early in 2014 with the first recording session set Feb. 9 of the same year with the Tchaikovsky and Chopin concertos.

More concertos followed and before they knew it, they were done with recording 11 concertos in 2017.

Solares pointed out that what one would hear in the recordings are truly live performances with every movement performed nonstop as in a live concert. “These recordings reflect the wisdom imbibed through years of playing those concertos as coached by mentors starting with her mother, Pilar Blanco, to the other great pedagogues with whom she has studied over the years.”

“These recordings represent an indelible, unmistakable, meaningful, necessary and significant record of my musical life,” Santamaria told the Inquirer. “For the caring and curious in generations to come, they will be a portrait of a Philippine pianist who sat on a world stage through YouTube. From officially recording these eleven concertos, I realized the importance of permanent documentation, hoping these will inspire future generations to attain their own aspirations, no matter how difficult, and in whatever field they choose to be in. I hope they will bring out the best in everyone whose lives they will touch, aside from imbibing the beauty and eloquence of these enlightened human beings from the Romantic period of music!”

The YouTube channel of the concertos is Dr Ingrid Sala Santamaria; it has an introductory interview with Sam Costanilla in Cebu City on May 31.

It features six compact discs (CD) with their audio sound digitally recorded, and with visuals super-imposed. Except for CD 5, which contains only one piano concerto, all others contain two concertos each:

CD 2 – Grieg Concerto in A minor; Rachmaninoff Concerto No. 2 in C minor

CD 3 – Liszt Concerto No. 1 in E-flat major; Schumann Concerto in A minor