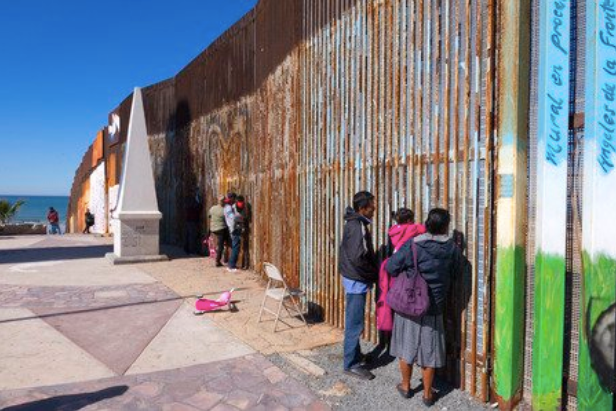 United States President Donald Trump’s policy on deporting illegal immigrants has been the object of outrage by people the world over, as it saw the separation of many young children from their parents at the United States-Mexico border.

But if there’s something else that Trump’s policy gave rise to, it’s the power of collective compassion that was first willed by just two people, and eventually branched off into thousands and thousands more.

Dave and Charlotte Willner, a couple from California, organized a fundraiser on Facebook this week, a lofty attempt to help reunite immigrant families who were separated at the United States-Mexico border. The fundraiser, called “Reunite an immigrant parent with their child” is an initiative that the Willner couple put up to support The Refugee and Immigrant Center for Education and Legal Services (RAICES) in Texas.

In just four days, the fundraiser had reportedly turned into the single largest fundraiser to ever be held on Facebook, raising $8 million dollars through the help of around 190,000 people.

“We are collectively revulsed at what’s happening to immigrant families on our southern border,” said the Willner couple in their statement on Facebook, issued last June 16.

“In times when we often think that the news can’t possibly get worse, it does — we learned last night that 2000 children (many of them infants and toddlers) have been separated from their parents in just six weeks under President Trump’s ‘zero tolerance’ policy.”

The statement mentioned that most of these children have no idea where their parents could be. “Their parents aren’t allowed to communicate with them while in custody. The government hasn’t set up a system to reunite separated parents and children if one or both are ultimately released.”

The couple’s initial goal was just $1,500, but it seems the world just never runs out of stock of public goodwill, as their meager target was shattered in four days. As of this writing, the funds raised have just hit $8 million.

The $8 million raised by the Willners may just be enough to give aid to around 700 to 1,500 immigrants, notwithstanding the possibility that the collected funds may rise to an even bigger amount as each day passes. JB