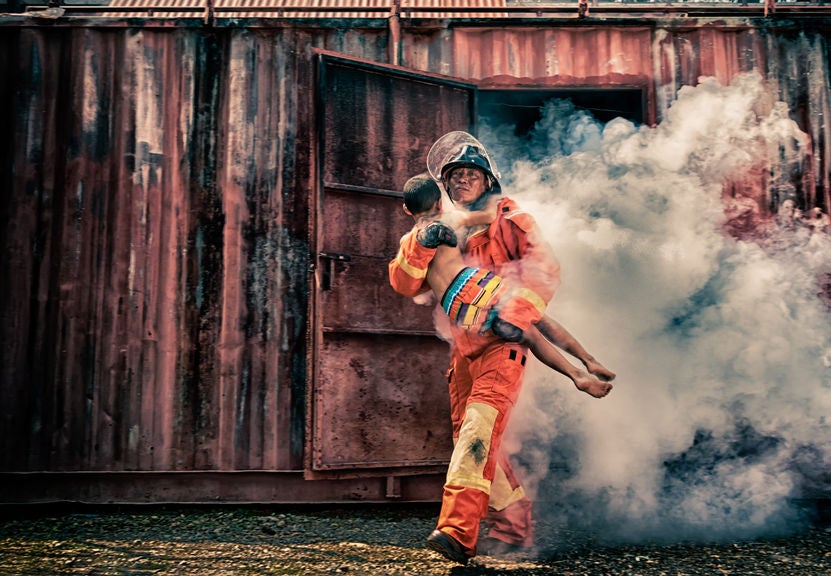 Chinese neighbors team up to rescue girls from burning apartment

Chinese neighbors banded together and braved the heat to rescue girls from an apartment on fire.

Residents from an apartment block in Huzhou, Zhejiang province, China, decided to brave the flames of a burning building to rescue two young girls on the second floor, as reported by South China Morning Post.

Other residents from across the burning building captured the incident on video. It was later uploaded on Chinese video-sharing service PearVideo.

The clip showed around seven individuals gathered outside the burning building. They somehow found a ladder and quickly formed a line going up the balcony on the second floor and rescued the girls from the fire.

PearVideo uploaded the clip on its Facebook account, June 19. It revealed that a neighbor named Zhang Peng teamed up with several others to get the girls out while they waited for the fire department to arrive.  Alfred Bayle /ra