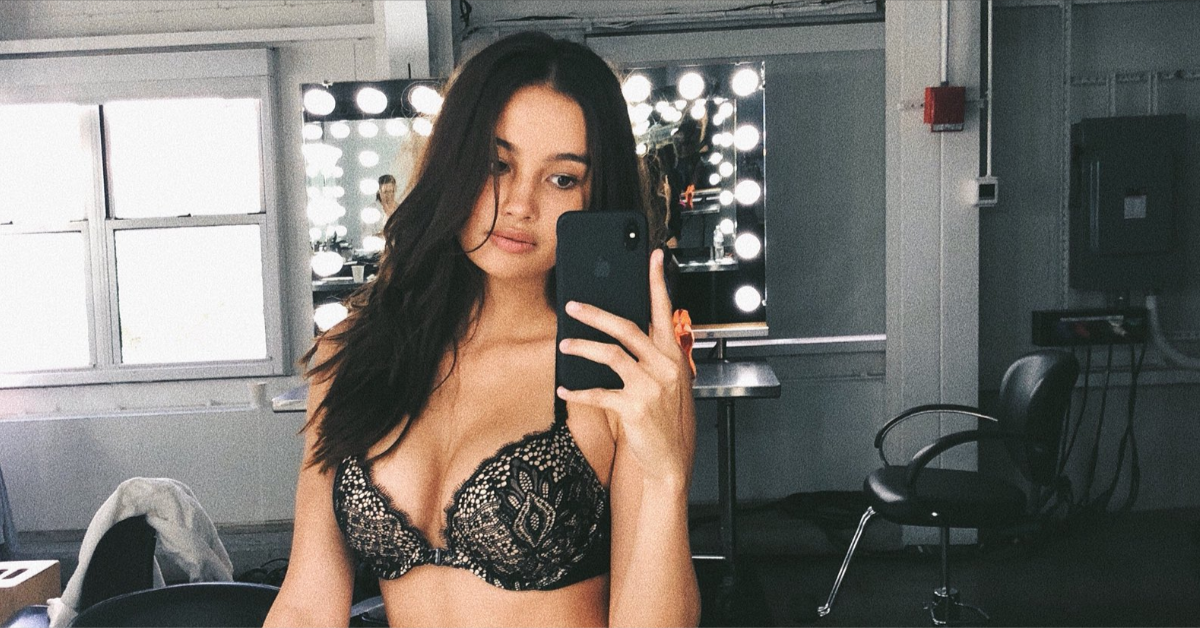 Kelsey Merritt is on a roll.

Since she modeled for Victoria’s Secret’s sports line, the Filipino-American beauty has been booked for more gigs with the world-famous lingerie brand.

Merritt, who boldly declared last year that one day she would be a Victoria’s Secret model, now has her pictures up on its website:

After the promising May shoot, an overwhelmed Merritt found out they wanted her back—this time for their lingerie line, she tweeted on June 8.

“Lord, konti lang hiningi ko pero sobra sobra kayo magbigay (Lord, I asked for so little but you gave so much)!” she raved.

On June 14, she teased a stunning and sultry portrait:

Little something from my shoot with @victoriassecret 💗 pic.twitter.com/Qn9Xm0GCVU

And again, she was back in the studio on June 19, this time striking a pose in a black lace number.

Obsessed with this set @VictoriasSecret 💗 pic.twitter.com/Ycqb5rCAFz

She also couldn’t help but gush about working with her “dream team,” which included Australian photographer Russell James. His years of work includes shooting supermodels from Heidi Klum to Adriana Lima, and being behind the lens during Victoria’s Secret iconic fashion shows.

Been an absolute dream of mine to shoot with Russel James and I finally got to work with him today for VS !!! ❤️❤️❤️ pic.twitter.com/06jtt28sTE

Merritt has been based in New York to pursue her modeling career after graduating from university in 2017.  /ra