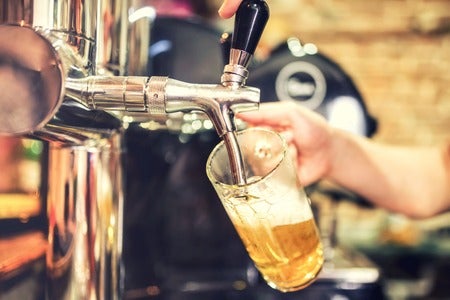 Are you the kind of person who loves to have your daily dose of beer or wine, but is worried about the consequences of drinking? If you are, don’t fret, because alcohol may actually be good for your heart, a new study discovered.

A research led by a team from the Biomedical Science Institute at the University of Sao Paolo in Brazil found that alcohol can strengthen the heart to cope with stress. The study was published in the journal Cardiovascular Research earlier this month.

Researchers stated that the body produces organisms called enzymes. These enable the body to break down chemicals from alcohol, but can also protect the heart from severe damage. The research also found that alcohol can contribute in training the body to create the organisms.

They also found that being exposed to ethanol – a chemical compound found in alcohol — also helps to build the same reaction needed to reduce damages caused while in a heart attack.

They noted that this only applies to those who drink moderately. Those taking alcohol excessively may have opposite results, making the heart more vulnerable with high level of chemicals.

For the study, the researchers used mice to interpret the flow of oxygen in the heart for 30 minutes, to mimic a heart attack. They used the equivalent of two cans of beer which is enough for an average-sized person.

However, DNA still plays a factor. The study stated that those with a genetic mutation are 80 percent less able to produce the enzymes. JB