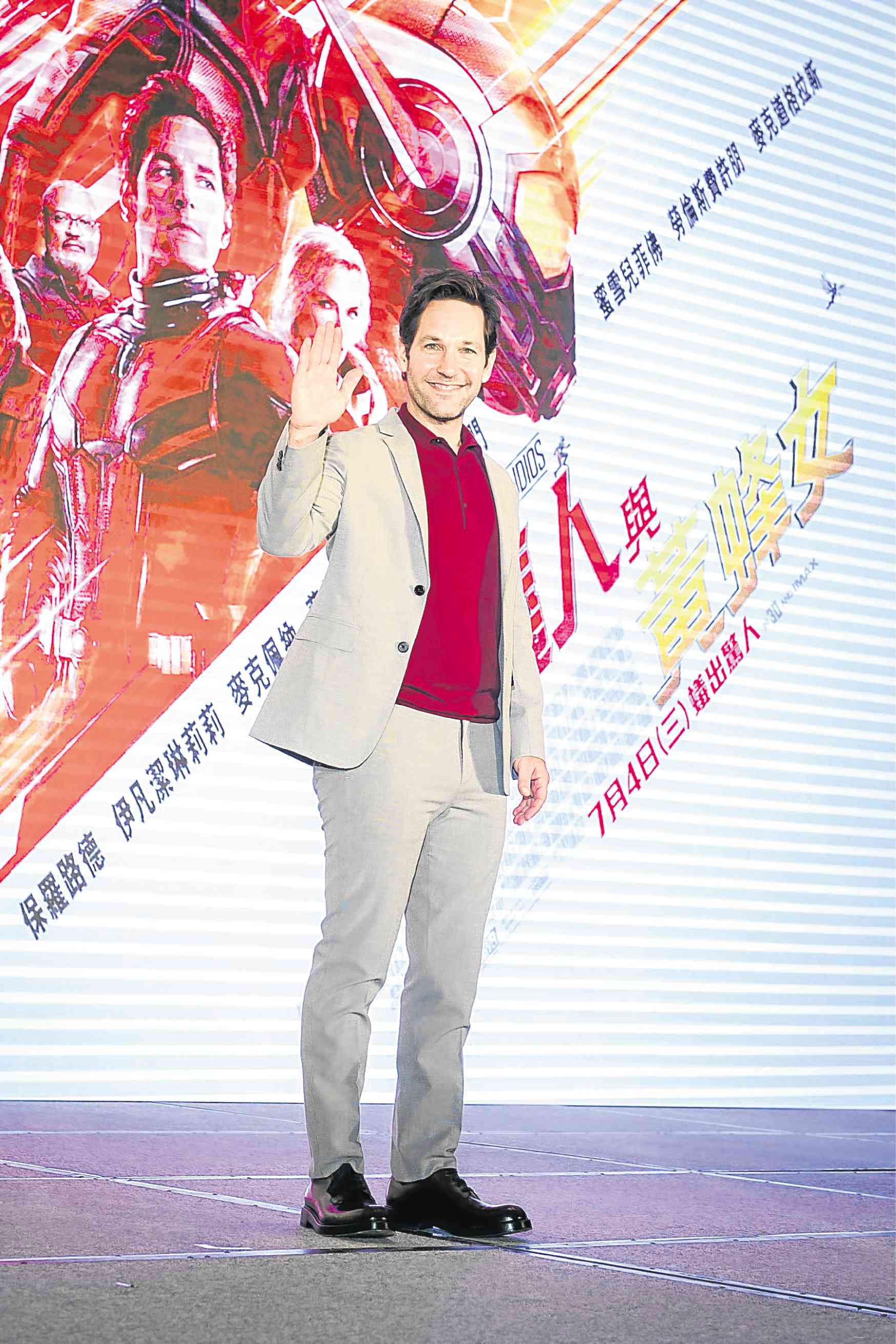 Ant-Man is bigger than ever—and so is Paul Rudd. His mind reels at how prominently integrated Ant-Man is in the Marvel Cinematic Universe (MCU), something he never expected.

“I never think anything’s going to happen. I’m always happy when something does,” he told Super. “To be a part of something that’s this huge and people are interested in is overwhelming and it’s an honor to be part of something like this. It’s still a bit surreal and I don’t take it for granted. It’s pretty great.”

Rudd first burst into popular consciousness as the charming Josh in 1995’s “Clueless,” and did the whole matinee idol thing, even appearing in a recurring role as Mike Hannigan on TV’s “Friends.” He became a go-to guy for great comedies, appearing in everything from “Anchorman: The Legend of Ron Burgundy” to “The 40-year-old Virgin.” He’s even played himself, notably voicing his onscreen simulacrum on “The Simpsons.”

The charismatic Rudd’s comedic approach and taste have proven to be exquisite. When asked about his favorite comedic movies of all time, he mentioned the cult British classic “Withnail and I,” the Steve Martin-starring “The Jerk” and the Albert Brooks film “Defending My Life.”

He was trying something new and different when he took on the leading role of the super hero Ant-Man in the 2015 film, and reprised the role in 2016’s “Captain America: Civil War.”

“Ant-Man and the Wasp” is his third turn as the size-changing hero, and while so many fans now equate Rudd with the hero—his Ant-Man now has multiple action figures— the actor isn’t going to limit himself to just playing one kind of role.

“I like to do like to different things and I’m always open to going in whatever direction feels like the right one to go to based on the material,” Rudd said. “It might be something comedic, it might be something dramatic. In the case of Ant-Man, it was such a departure, so appealing for a myriad of reasons. But I don’t get so strategic on choosing a genre based on specifically being different from the one I just previously filmed. I only respond to material and if it’s something that affects me, I would want to do it regardless of genre.”

Rudd pointed to a complexity in Scott Lang’s being a father as a fascinating part of the new film.

“I think one of the most interesting parts of playing this character is how Scott has one foot in superhero-dom and one foot in being a parent,” he said. “Those two things do not necessarily go together and it’s tough. What do I want to be? Do I want to be the best version of this superhero? Or the best version of a dad? To wrestle with that is something I relate to it not that my other job is to be a super hero, but my other job is to go away and shoot a film and do work but my kids are in school in New York and I’m in Georgia. It’s always a balance. Is this the right thing to do? I think the joy and sorrow that Scott feels with Cassie really stem from being torn in doing the right thing to do.”

The 49-year-old Rudd has two children with wife Julie Yaeger.

Rudd clearly enjoyed his Ant-Man work: “I get to ride around on the back of the ant—and that’s just the coolest things ever.” Though he’s shown on screen being beat up a lot of times, he’s all good. “I’m secure enough with who I am that I’m quite content. I know what I’m capable of,” he said, something that was true with Ant-Man and Rudd himself.

As he approaches his most prominent leading role yet, Paul Rudd credits it all to the magic of Marvel movies, both the sense-shattering action and the rib-tickling humor.

“I think the most important element of any film regardless of genre to me are the characters and their relationships with one another. I think what Marvel has done is to get you to care about the films and really care about the characters. Humor is a great way of presenting something dramatic. You care about these characters and you care about what they’re going through. That is resonant and if you can somehow have great action it’s terrific. If you have good jokes, it’s terrific. But if you don’t care about what these characters are going through, the movie is not going to stay with you the same way and I think Marvel has done a really good job of creating superheroes that are flawed, that are empathetic, that you can relate to even if their abilities are so far out of the norm for any regular human being. What they’re going is relatable and that’s why they work.” —RUEL S. DE VERA