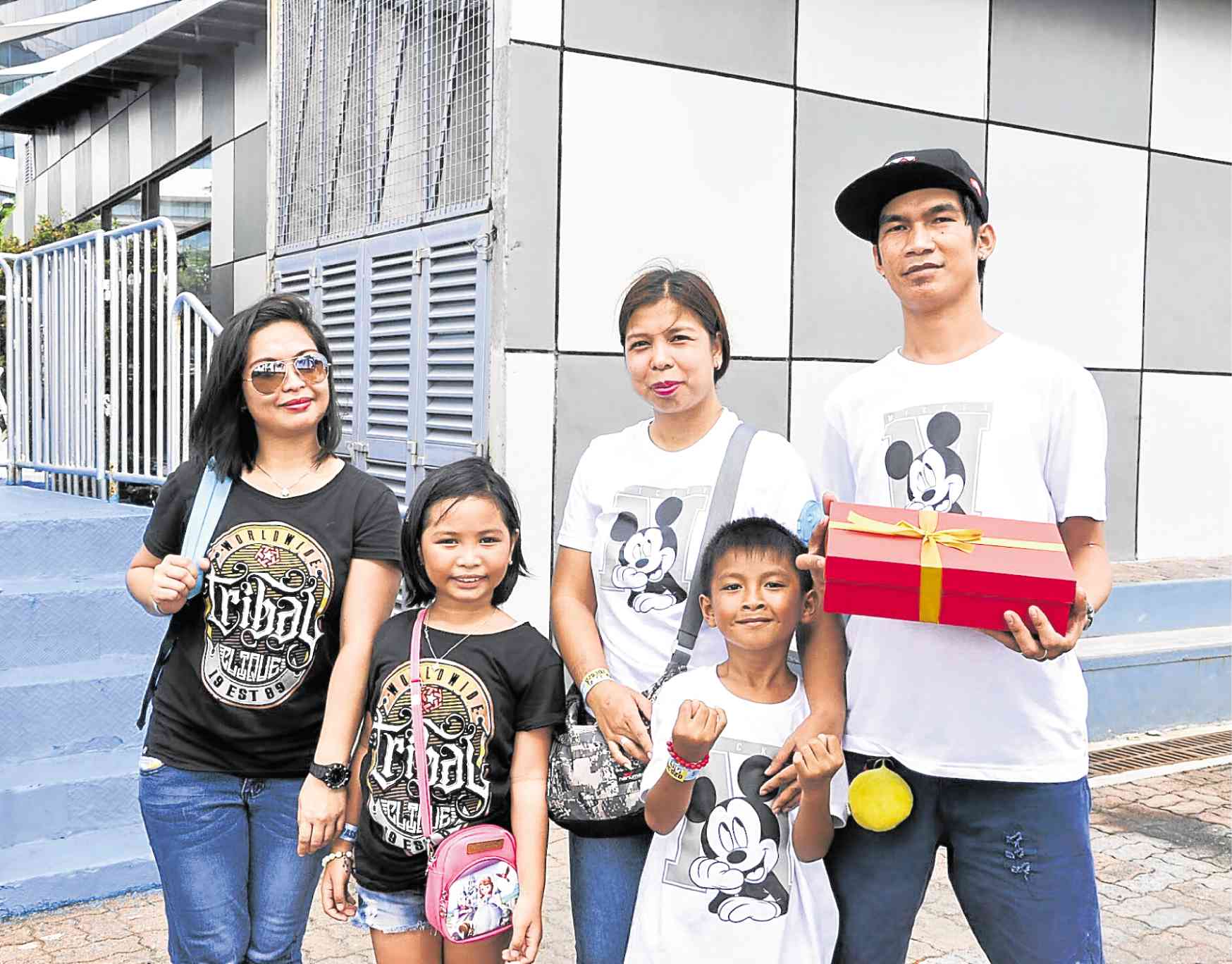 Super and Watsons carry out amission to surprise 50 dads on Father’s Day.

Rain started to pour last Sunday afternoon but that wasn’t going to stop us. We were on a mission. It was Father’s Day and Super and Watsons were headed out to surprise dads.

The back of the Super X Watsons van was piled high with gift boxes, all packed with goodies from Watsons: Watsons Triple Razor, Rexona deodorant, Clean and Clear shampoo, Dove soap and Penshoppe Body Spray.

Clearly the rain didn’t stop dads from going out to celebrate their special day with their families either. We spotted them all around us, crossing the street, heading in and out of malls, holding on to their kids’ hands as they walked.

We caught our first dad off-guard. Jake Marfori, father of four, was out with his family. For a second, he looked like he was going to bolt as we tried to hand him the gift box. “Sorry,” he said sheepishly. “You guys surprised me.”

He wasn’t the only one. “Sinorpresa niyo ’ko, akala ko ‘Wow Mali,’” said Eric Punzalan, dad of three. He was carrying his young son when we approached him.

What does he love about being a dad? “Giving them everything that they want. Now we need to go out and eat. Masakit lang with being a father, magastos,” he said with a chuckle. “But seeing them happy and laughing is enough. These are the people I love.”

“Thank you,” Eric said before walking away, one hand holding his toddler’s hand, the other clutching the gift box.

Jonathan Punzal, dad of two, had just finished going to church with his wife Grace and their children when we saw him. “Now I’m going to treat them to lunch,” he said. He got a gift from us, too.

Jonathan describes himself as “an all-around dad.” “I cook, I do the laundry, I work, everything. I love my family so much, I can do anything for them.”

We boarded the van again and headed to our second location, SM By the Bay, where more dads were spending time with their families.

People looked at us curiously as we walked with stacks of gifts in tow. The dads’ protective instincts kicked in as we approached. We were strangers, of course they’d be wary. There were dads who tried to ignore us (but we’re persistent), dads who thought we were trying to sell something (the word “free” won them over), dads who accepted the gifts only after their wives and children urged them (thank you, mommies and kids). It was funny. Charming, even. And their suspicions were replaced with smiles quickly enough. And then, of course, there were dad jokes. “Baka may ahas ’to sa loob ha,” one father said, making us laugh.

“Happy Father’s Day! Here’s a gift because Watsons wants you to look good and feel great,” said Ana as she handed out boxes.

We talked to more dads. “My favorite thing about being a dad is bonding and spending quality time with my kids,” said Gerard Reyes, who has two kids.

“They inspire me daily. After my work, when I go home, my kids play with me and I really enjoy it,” said Jonathan Bernabe.

We surprised 50 dads last Sunday—dads of all ages. Soon, we didn’t need to chase dads down. They came to us. “Father’s Day ba? Father ako,” one man said proudly.

We met kids, too, who were proud of their dads. Eighteen-year-old Chrissy said about her dad M Cudia, “Talagang lahat ng effort ginagawa niya just to make my dreams come true.”

Want to pull off a
surprise with Super? E-mail [email protected]