A wedding in Florence: When a mother lets go | Inquirer Lifestyle ❮ ❯ 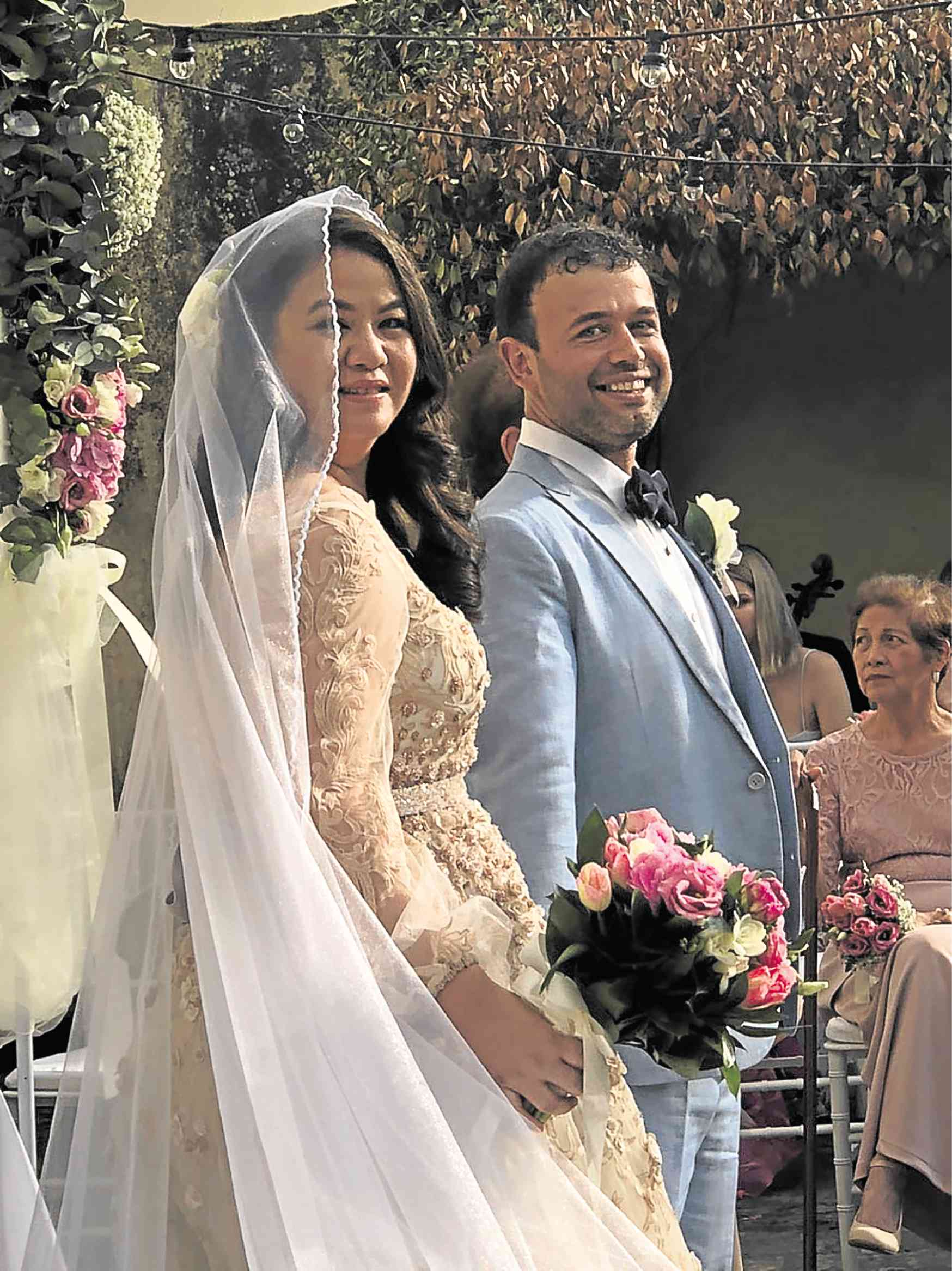 Nicole and Christo Borisov after the nuptial rites –LEAH CARINGAL

A wedding in Florence: When a mother lets go

If you want proof of how today’s generation is so empowered and deliberate in its life’s choices, you only have to look at how it chooses to do destination weddings.

In our generation, a wedding we had to attend was primarily a ritual, a social obligation you had to sit through, and—if you were single but still unmarried—a wedding was third-degree torture.

Today a wedding must be first and foremost, an experience, both for the aisle-bound couple and their guests—an Instagramable experience. It must be more personal than it is conventional, and the more removed it is from the ordinary, the better.

Today’s wedding is a lifestyle statement of the couple, the bride specifically—not the mother-in-law. Welcome to the era of the empowered bride who knows how “to curate,” to use today’s buzz word.

When we were invited by Singapore-based banker Nicole Ringor and her Bulgarian fiancé Christo Borisov to their wedding in Florence, Italy, we knew we had to go, no matter that it was a rather drastic “plastic-swiping” (read: credit card) move.

We looked forward to going because the bride’s mother, PR practitioner Annie Ringor, has been a good friend of more than three decades and the bride’s younger sister, Natasha, is a very good illustrator/painter who designed my book cover and contributes artwork to Lifestyle.

Also, we looked forward to Florence in the spring. We experienced Florence in rainy winter last December, and this time, we knew this seat of Renaissance and the Medici would even have a different character under a lambent Florentine sun.

The wedding was set at Villa Le Piazzole, a private estate ensconced in the higher end of Florence, a good drive away from the inner city, past the many old villas (the “Forbes” of Florence, we heard the vicinity was called) propped up on the mountainside.

Nicole, who’s with Standard Chartered Bank, and Christo, who works at Petra Carbon, an industrial services firm, said, “We chose the villa because we wanted a countryside feel but still near a beautiful historical city—and we love Italian food.”

So it was food, scenery and warm, fun company that we had. The young couple invited only 60 people—just family really and their office associates—enough to fit in a glass house in the estate for the reception; it could get chilly at night, thus the roof over our heads.

The family stayed in the 16-room villa; Randy Ortiz, the designer who did the wedding ensembles of the bride, her mother and sister, with best friend Jackie Aquino, took over the guest house in the compound.

The rehearsal dinner in the lanai by the pool gave us a bird’s eye view of the Florentine countryside at sunset. We looked down on the endless expanse of sloping terrain and greenery and enjoyed the barbecue buffet. Florence, after all, is known for bistecca and all-you-can-have meat.

The wedding the following afternoon was simple, cozy and cool. There was no need to deck up the place—a classic Italian villa garden. The bride, who couldn’t quell her tears, walked down the hedge-lined path in the garden, with her mother and maternal grandmother, Lita Delgado. The groom waited at the makeshift altar, a table underneath an arch wrapped in flowers.

Obviously it was a family production—Annie’s four sisters, all alpha women obviously, had their self-assigned tasks. Jackie, the veteran fashion show director, took it upon himself to direct the elegant walk down the aisle, and Leah Caringal, Annie’s colleague, offered to be my official photographer, hopping about to get those good shots.

The only locals were the event coordinator, the photographer/videographer, the caterer—and the cellist and the violinist. It was so touching as the bride walked down to the romantic string music: Coldplay’s “Viva La Vida” segueing to Elvis Presley’s “Can’t Help Falling in Love.”

Food and music—these were the key result areas, to use corporate lingo, the couple imposed on themselves.

The cocktail reception before dinner had sumptuous hors d’oeuvres that showed the best of local produce: pâté, foie gras, sausages, hams and cheeses. These were filling enough so that one barely had room for the even more sumptuous dinner of mugello noodles with porcini sauce, ravioli and larded beef fillet.

With the groom were his mother Margarita, brother Vasil and his girlfriend Petya, and his aunt Rositsa.

Annie, whose giggles we’ve grown used to over the years, showed a different side to her: ponderous and wistful.

Widowed for sometime now and having lost her father to whom she was close to, about two years ago, she was tearing up as she said in her speech, “Nicole’s father, Sonny, would have loved to have led her down the aisle tonight. And my father, her Daddy Ding, would have been standing right here, giving this speech. But sadly, they are no longer with us. These two were the most special men in Nicole’s life, until she met Christo.”

Then she recalled, “It is said that how a man treats his mother tells you everything about his character. What makes Chris even more special to me, is knowing he met and asked my father’s permission to marry my daughter just shortly before he passed away. He didn’t have to do that, but he did. This meant so much to our family—giving my father the ultimate respect in the most traditional way.”

Like every mother who has reached the point of letting go, Annie looked back with repressed sadness.

She spoke of how Nicole, at age 5, dreamt of marrying Gary Valenciano; at age 7, she insisted that her soon-to-be-born sister would have the same initials as hers; at age 12, she announced that she would go to Ateneo; at age 20 she declared that she would work overseas, and that she would get married shortly after age 30.

Except for Gary Valenciano, of course, all these happened.

The mother, a crying lady at this point, said, “My baby, we started this journey together, and you took it to where we stand today… Know what while you may no longer hold my hand, you will always hold my heart.”

Until then, we didn’t realize the fun and bubbly Annie was capable of poignancy which many a single mother, who’s walked her daughter alone down the aisle, could identify with.

Then the dancing began—led by Annie and her sisters Cindy, Dinna, Joie and Trisha. Never have we seen sisters—who live in different continents—being so strongly bonded as they are.