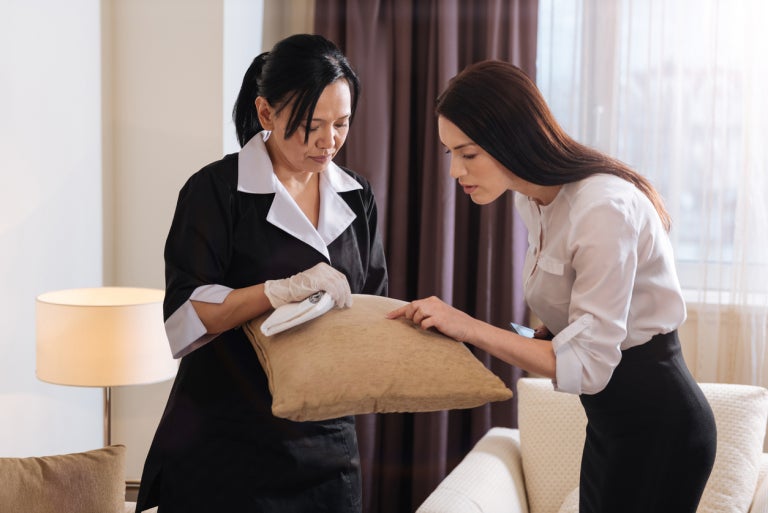 Some people are harder to please than others. The bed’s too soft. The room’s too cold. The service is terrible. And according to a new report, many of the world’s most high-maintenance travelers come from Spain.

In a ranking that aims to reveal which countries are the grumpiest and happiest travelers in the world, Spaniards emerged as the most “impressively ornery,” says the report from Rewardexperts.com which reviews airline and travel rewards credit cards.

Because after crunching the numbers, it turns out Spaniards are the most likely to leave one and two-star reviews for their hotel stays.

More than other countries, they’re more likely to be fussy about the state of their rooms or nitpick about details.

After Spain, Ireland and Iceland round out the top three spots.

At the other end of the scale, Russians emerged the most easygoing.

Interestingly, it’s not because they hand out the most four or five-star reviews. What makes Russians the “world’s happiest tourists” is that they are the least likely to leave one or two-star reviews, just five percent of Russian guests felt strongly enough to do so.

Serbians and Lebanese travelers also emerged relatively easy to please in the ranking, taking second and third spots on the list of happiest travelers.

For the report, researchers combed through 3.5 million reviews written from guests in 83 countries, for 13,410 hotels in 70 countries.

Here are the countries of the world’s “grumpiest” tourists:

Here are the countries of the world’s “happiest” tourists: