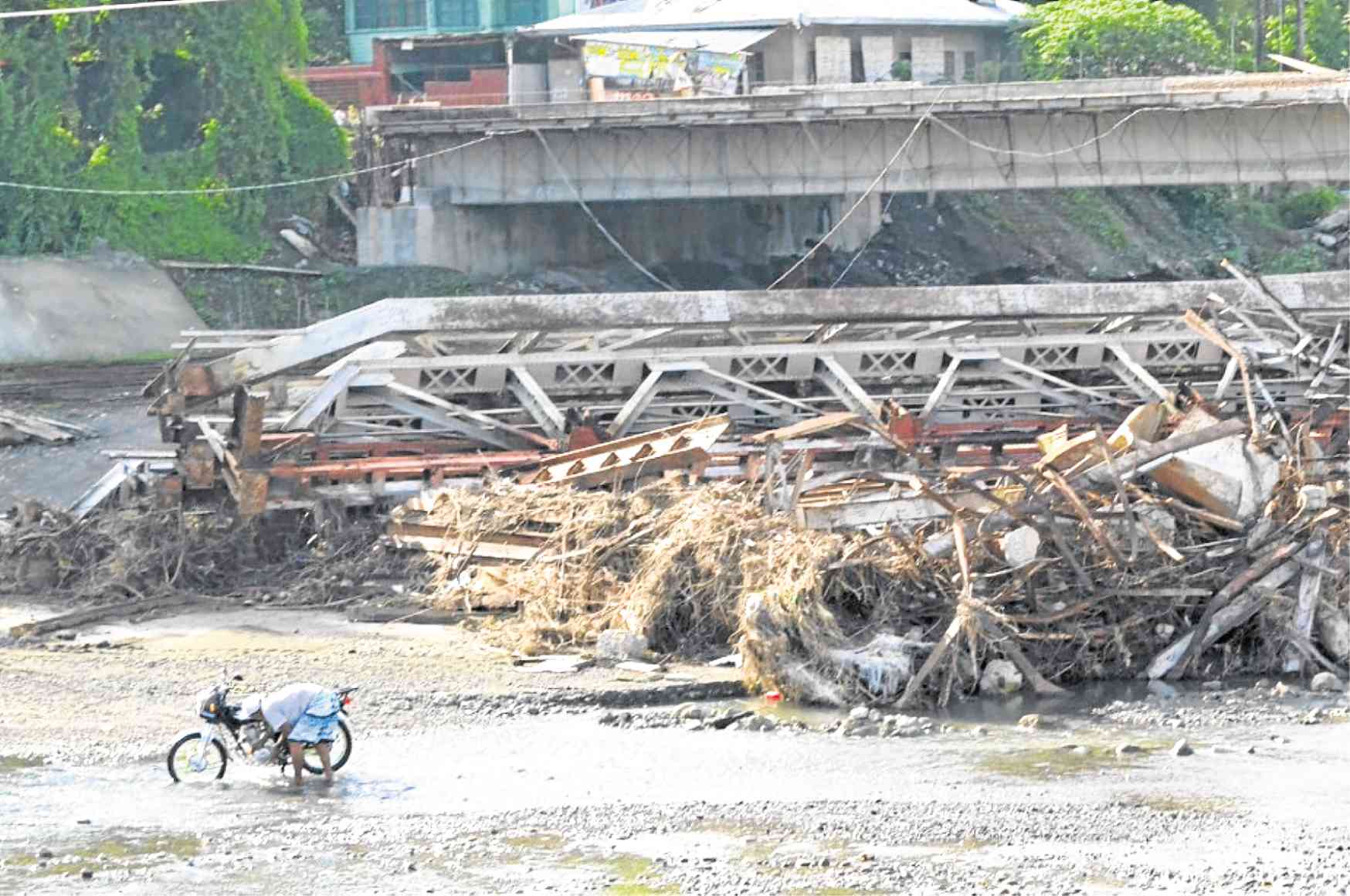 One of two threatened heritage bridges in Miag-ao, Iloilo, has been demolished to give way to the road-widening project of the Department of Public Works and Highways (DPWH) along the Iloilo-Antique Road.

The steel-supported Tumagboc Bridge, also called Miag-ao Bridge, spanning the Tumagboc River between the villages of Igtuba and Poblacion was constructed in 1937 and was inaugurated on the same year by Commonwealth President Manuel Quezon.

The Inquirer reported in January 2017 that Tumagboc with the Spanish-era Britanico Bridge in Bulho village was in danger of being demolished due to the road- and bridge-widening projects of the DPWH.

The National Commission for Culture and the Arts (NCCA) later reminded DPWH on conserving the country’s cultural heritage assets.

The NCCA likewise asked DPWH to coordinate with it to establish the most suitable approach to the bridge.

In a report on the DPWH website last January, the bridge reportedly “suffered severe damage due to continuous scouring of the river.” Moreover, it was reportedly beyond the 50-year lifespan so it needed to be demolished.

“Safety of the motorists and the general public is our main concern that’s why we decided to replace the old, damaged bridge, considering that its steel members are already rusty and should not be used anymore,” DPWH assistant regional director Jose Fruto said in the same report.

The project costing P200 million seeks to change the old two-lane bridge into a four-lane one and is targeted to be completed by the second quarter of this year, the report said.

DPWH through Region 6 officer in charge Wenceslao Leaño sent its plan for the new bridge to NCCA chair Virgilio Almario in March 2017.

It stated that the plan had “semblance to the old bridge by installing the steel truss component of the old structure in the middle span.”

The inclusion of the original steel railings was due to the letter of concerned residents in December 2016 to Leaño requesting “for the inclusion and preservation of the appearance of the old bridge in the new bridge by retaining its iconic steel railing [truss] design.”

Charles Salazar of the NCCA cultural heritage section said DPWH plans on the bridge were passed on by the NCCA to the National Historical Commission of the Philippines (NHCP) “requesting for their comments” in May 2017.

But NHCP chair Rene Escalante told the Inquirer the matter was under the jurisdiction of both NCCA and National Museum (NM).

NHCP executive director Ludovico Badoy also told the Inquirer NHCP had “not yet surveyed Tumagboc Bridge in Miagao, Iloilo, nor received any request or official communication pertaining to the structure.”

Racquel Flores of NM’s cultural properties and regulatory division said the issue was not handled by her agency.

He said any development on bridges should either be consulted with the NHCP or NM.

“Issues like these are also discussed in the technical working committee of the NCCA where development proponents involving cultural properties are invited to present development plans,” he added. –CONTRIBUTED