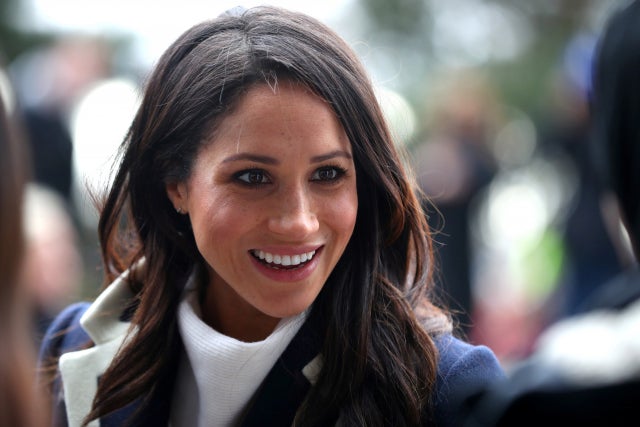 Meghan Markle initially made headlines for being an African-American divorcee marrying into the British royal family. But since then, she has turned heads for her fashion finesse in official ceremonies.

Now, the Duchess of Sussex is being recognized for making royal fashion more in vogue than ever by the Teen Choice Awards, under the Style Icon category. The Style Icon award is a special category not given every year; previous winners have been Miley Cyrus and Britney Spears.

The Duchess of Sussex’s style has evolved, so to speak, since she got married last May to Prince Harry. As the Prince’s girlfriend-turned-fiancee, she opted for casual and chic looks.

But now that she’s in training for her Duchess duties, she has opted for more sophisticated dresses and sheer tights, the latter reportedly a requirement of Queen Elizabeth II’s.

The boat neck has also become a signature look, with her own Givenchy wedding gown incorporating the classic neckline.

Like sister-in-law Duchess Catherine, Meghan has become a reason clothes go out of stock. The Mother Denim ripped jeans she wore in her first official appearance with Prince Harry last September has only been restocked as of yesterday, June 26.

Although she has had to drop her acting career, TV series “Suits” has submitted Meghan for an Emmy nomination as Outstanding Supporting Actress in a Drama Series, reports Entertainment Tonight.

But should she win the Teen Choice Awards or get nominated for an Emmy, it seems doubtful she will attend either of these events.  /ra