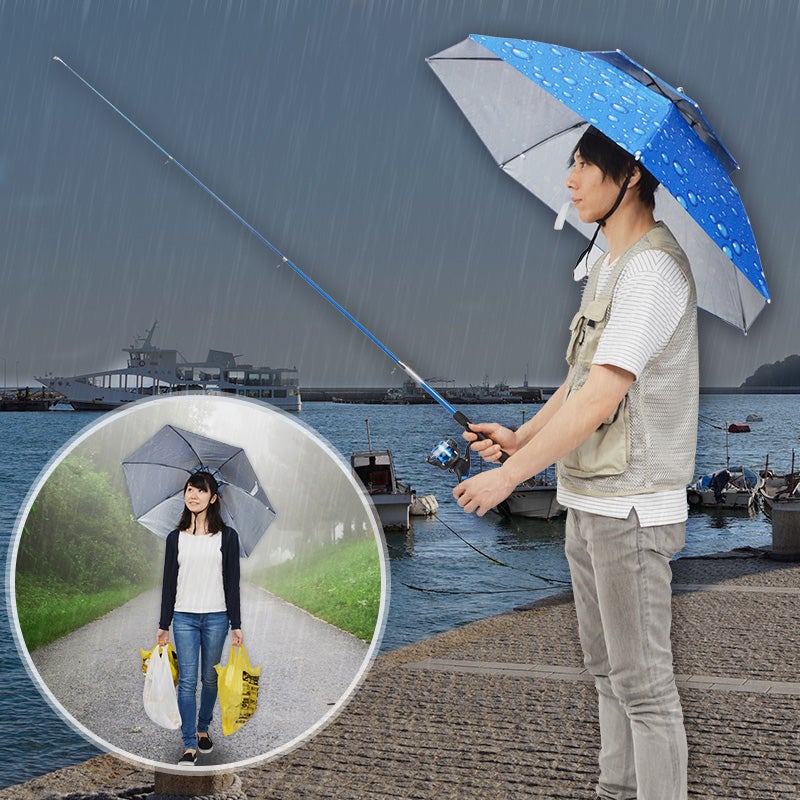 A head-worn umbrella from Japan provides protection from the elements while letting the owner’s hands do other things.

Dubbed the “atamabrella,” a combination of “atama,” the Japanese word for head, and umbrella, it protects users from rain or the sun while keeping both hands free to do other activities, as reported by SoraNews24.

The atamabrella measures 95 centimeters wide, which is around as big as the average folding umbrella. It also folds up neatly in around the same size.

Because it lacks the traditional stem, opening it requires pulling a string from the top as shown in the video below.

Some of the advantages suggested by atamabrella makers include being able to carry the groceries in both hands while walking in the rain, staying dry while fishing, or doing an artistic photoshoot while the heavens rain down inspiration. Then again, a raincoat or poncho could also come in handy during these situations.

Designers of the atamabrella left a gap near the top center to give the user’s head some ventilation. This may come in handy when using the atambrella during sunnier days.

Chinese boy confesses to urinating on elevator, promises to clean for 1 month