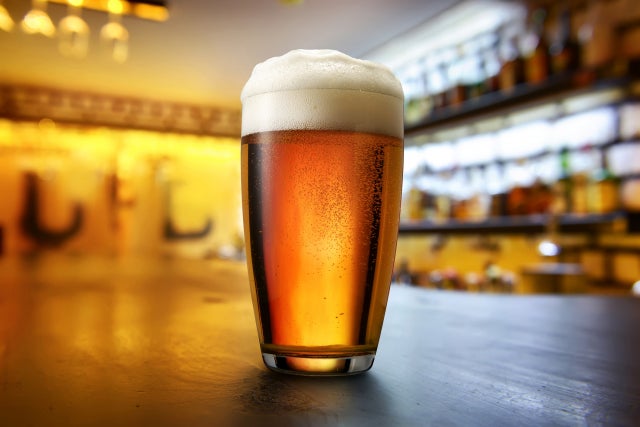 Image: Brewers are concerned about a shortage of industrial carbon dioxide. Image: Givaga/AFP

It’s peak season for bars and barbecues in Europe as a summer heatwave coincides with the World Cup on TV.

So probably not the best time for drinks companies to be running out of the gas that puts the fizz into beer and sodas.

A shortage of industrial carbon dioxide (CO2) is also affecting meat producers and food companies that rely on dry ice as a refrigerant. Ice cream is another item at risk, just as temperatures breach 30 degrees Celsius (86 degrees Fahrenheit) in parts of northern Europe, along with pork and poultry.

In Britain, the country hit worst by the CO2 supply problem, one major supplier of drinks to pubs and restaurants is rationing sales. Booker, owned by supermarket giant Tesco, said it was restricting its wholesale customers to 10 cases of beer, and five of cider or soft drinks.

“If brewers don’t get any more supplies (of CO2) by the weekend, they’ll be really struggling,” he told the broadcaster NRK.

Dutch brewing group Heineken said it was working “24/7” to meet surging demand during the balmy weather and the football tournament, by sourcing CO2 from across its European network.

But Wetherspoon, one of Britain’s leading pub chains, said it was temporarily running dry of two mainstays of the Heineken family — John Smith’s bitter and Strongbow cider.

Coca-Cola’s British arm said it was “currently responding to an industry-wide issue that is impacting the supply of C02 in the UK” by temporarily pausing some of its drinks production lines for short periods. It stressed there was no disruption to supply.

But in Berlin, Amazon Fresh has stopped offering ice cream and frozen pizza for delivery because the company is short of dry ice.

The shortage was first revealed by trade journal Gas World, which reported it as the “worst supply situation to hit the European carbon dioxide business in decades”.

It detailed a combination of scheduled maintenance at plants across northern Europe and market forces undercutting production of ammonia, a key component of fertilizer. Industrial CO2 is an offshoot that is used widely in food and beverages.

The maintenance runs take advantage of slack demand for fertilizer given that farmers have already planted their crops by late spring.

But they coincided with unseasonably hot weather in Europe in May, which caused demand for carbonated drinks to surge. Meanwhile cheaper supplies of ammonia from outside the continent had encouraged producers to keep their own plants offline for longer, Gas World said.

The problem has spread beyond the food and beverage industry, with the Glasgow Science Center postponing its summer show because of a lack of dry ice.

The show was to have explained several scientific phenomena including ocean acidification — which, ironically, is being caused by the excess of CO2 in the atmosphere that is driving climate change.

While industrial suppliers are said to be shifting to ammonia sourced from southern Europe and beyond, Britain has lost its fizz in particular because of the longer transhipment routes and the shutdown of all but one of its own ammonia processors.

In abattoirs, C02 is used to stun animals before they are killed for their meat. The shortage forced Scotland’s largest pig processing plant run by Quality Pork Limited in Brechin to suspend slaughtering this week.

“The frustration is the lack of information,” he said, blaming CO2 producers for a lack of transparency.

Major players in the supply of industrial gases include Messer and Linde in Germany, Air Liquide of France, and US giant Praxair.

In a statement, Air Liquide said the shortage was “a result of exceptional and simultaneous production shutdowns of raw CO2 production units”.

The company said it was “fully mobilized to try to meet our food and industrial customers’ needs in the context of a temporary shortage beyond our control”.

While this week is “crunch week” for the industry, the situation should ease soon as ammonia plants come back online, Gas World reported.

Relief for football fans, as the World Cup heads into its knock-out phase and copious beer gets downed in sorrow or celebration. AB