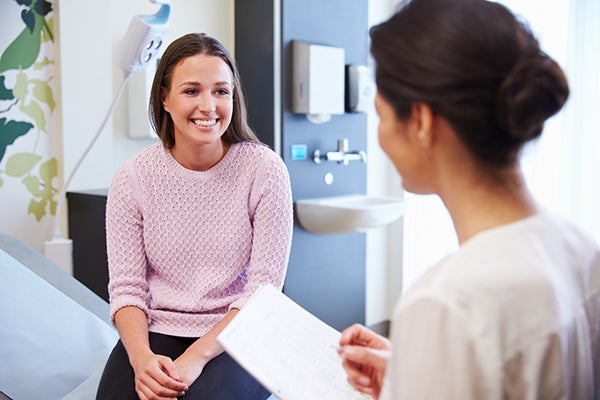 Many women with endometriosis could also be suffering from chronic fatigue according to new research. Image: AFP

New European research has highlighted chronic fatigue as a common symptom of endometriosis, with researchers now calling for more to be done to improve the debilitating side effect and improve quality of life for sufferers.

Carried out by researchers at University Hospital Zurich, Switzerland, the study looked at 1,120 women who were patients at hospitals and private practices in Switzerland, Germany and Austria. Half of the women had endometriosis and half were free from the condition.

The women completed a questionnaire which asked about various factors relating to quality of life and endometriosis, including levels of fatigue and insomnia.

The researchers also gathered information on the women’s medical and family histories, lifestyle and mental disorders.

The association between endometriosis and fatigue also remained significant even after the researchers had taken into account other factors that may influence fatigue, such as pain, insomnia, occupational stress, depression, BMI and motherhood.

“These findings suggest that endometriosis has an effect on fatigue that is independent of other factors and that cannot be attributed to symptoms of the disease,” commented lead researcher Professor Brigitte Leeners.

“Although chronic fatigue is known to be one of the most debilitating symptoms of endometriosis, it is not widely discussed and few large studies have investigated it. We believe that in order to improve the quality of life for women with this condition, investigating and addressing fatigue should become a routine part of medical care, and doctors should investigate and address this problem when they are discussing with their patients the best ways to manage and treat the disease. It would also help these women if steps were taken to reduce insomnia, pain, depression and occupational stress.”

Endometriosis occurs when the endometrial cells that form the inside of the womb also grow in other areas of the pelvic region, such as the ovaries and the abdominal cavity.

The researchers say that endometriosis may cause fatigue due to the endometrial lesions causing inflammation that activates the immune system. Proteins that are involved in this immune activation have been shown to play a role in fatigue symptoms. Alternatively, it could be caused by chronic exposure to high stress resulting in adrenal fatigue.

The main symptoms of the condition are pain and infertility, although not all women have these symptoms.

It is not known what causes endometriosis but it can treated with drugs, such as anti-inflammatories and hormone therapy, and with surgery.

The study was published in the journal Human Reproduction. AB