A changing of the guard at Dulaang UP and Tanghalang Ateneo | Lifestyle.INQ ❮ ❯ 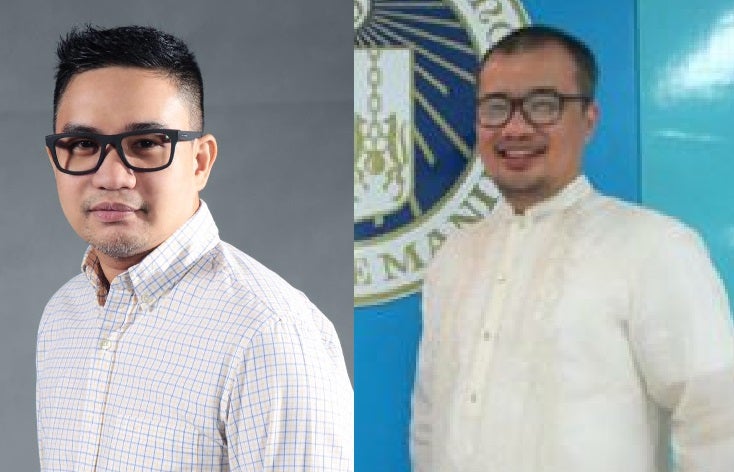 A changing of the guard at Dulaang UP and Tanghalang Ateneo

For Santos, it’s a case of moving on to other academic and professional pursuits. He had held the position for three years, replacing DUP cofounder Alexander Cortez back in 2015.

Santos himself is a product of UP Diliman’s Theater Arts program, whose students apprentice in DUP productions.

“I would volunteer as choreographer, stage manager or assistant director so I could work with different directors and be exposed to their approaches and styles of staging,” he said. “I’d even sneak into rehearsals, even if I wasn’t part of the production, just to observe how my professors handled their plays.”

In 2006, Santos made his DUP directorial debut via “Orosman at Zafira,” the hit dance-heavy adaptation of Francisco Baltazar’s komedya. This emphasis on movement would mark his later works, the choreography providing some of the most satisfying moments in “Ang Nawalang Kapatid,” Floy Quintos’ condensation of the Indian epic “Mahabharata”; “#R</3J,” Shakespeare’s “Romeo and Juliet” for a millennial Filipino age; and even more text-centric pieces such as Quintos’ “Collection” and “Ang Huling Lagda ni Apolinario Mabini.”

Now, Santos is in the thick of directing the Eraserheads jukebox musical “Ang Huling El Bimbo,” opening this July at Resorts World Manila.

The reasons are more personal for Mas.

“I need to take care of my mother, who’s been in the hospital for nearly four months now. I’ve always been busy with theater stuff—rehearsals, shows, Gawad Buhay! jury duties—that I feel it’s time I prioritize being with her.”

Mas, who entered professional theater through Teatro Metropolitano under Frank Rivera, before becoming a Tanghalang Pilipino Actors Company scholar, traces his theatrical leanings back to his mother.

“She wrote my winning declamation pieces in school,” he said. “The highlight of our partnership was when I won silver at the Western Visayas Regional Meet in 1981.”

“Also, I’m turning 50, and want to give playwriting another go while I still have the time and energy.”

The last play Mas wrote was “Games People Play,” which won a Palanca Award in 2007 and eventually enjoyed several sold-out runs at the Ateneo and the Cultural Center of the Philippines.

One of the plays TA staged under Mas was his semi-autobiographical piece “Rite of Passage,” a production he considers a high point of his four-year term. “We recreated my provincial upbringing in Catungan, Antique. Throughout the run, there was a nipa hut and people speaking in Kinaray-a accents in the midst of the Ateneo!”

“It was the first play of mine that my mother saw when it was staged at the first-ever Virgin Labfest [in 2005],” Mas added. “This Ateneo staging was the last she saw—for now.”

Varied as their backgrounds may be, Santos and Mas agree that chief among the pleasures of being artistic director is working with the students.

“It’s witnessing the interaction between professional artists and the students on- and offstage,” said Santos. “In DUP, we believe that one of the best ways to learn is through collaboration. So our students perform with Joel Lamangan, or share the backstage with Shamaine Centenera-Buencamino or Ana Abad Santos. They acquire an eye for detail through [designers] Gino Gonzales or Monino Duque.”

Mas really enjoyed “the process of coming up with a season, looking for plays and inviting members of the artistic staff, then coming up with a cast, attending rehearsals, and seeing the cast become these confident actors on opening night.”

“The good thing about university theater,” said Santos, “is that we have the freedom to produce a wide range of repertoire that doesn’t succumb to commercial appeal or censorship.”

Concurred Mas: “We are not profit-driven, so we can do riskier, more experimental work. And it is okay to fail in this setup. It is school, after all.”

Moving forward, both are optimistic regarding the future of campus theater. “As long as we have passionate students, we are here to stay,” said Santos.

“The future is bright because the future is here,” added Mas, “especially when you consider productions such as the recent musical ‘Dekada ’70,’ or ‘Chipline’ and ‘Mga Kuneho’ [Virgin Labfest entries written by his former students Dominique La Victoria and Guelan Luarca, respectively], or in the case of DUP, ‘Angry Christ’ and ‘The Kundiman Party.’”

“That’s every teacher’s dream—for your students to be better than you are,” said Mas.