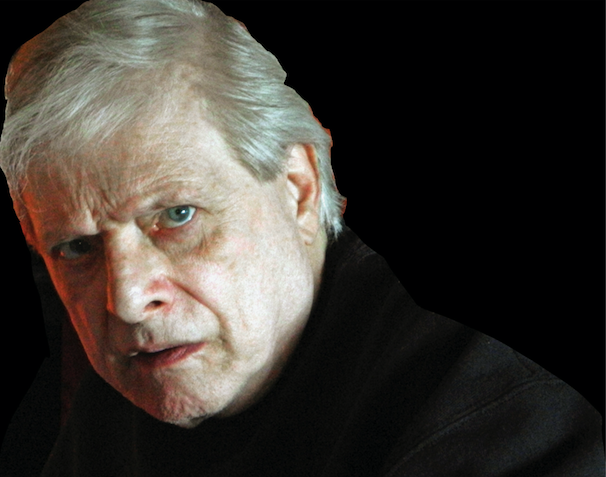 This March 13, 2012 photo provided by Steve Barber shows author Harlan Ellison in the Sherman Oaks neighborhood of Los Angeles. Ellison, the prolific, pugnacious author of "A Boy and His Dog," and countless other stories that blasted society with their nightmarish, sometimes darkly humorous scenarios, has died at age 84. Ellison's death was confirmed Thursday, June 28, 2018. During a career that spanned more than half a century, Ellison wrote some 50 books and more than 1,400 articles, essays, TV scripts and screenplays. Image: Steve Barber via AP

Writers, other notables react to the death of Harlan Ellison

Stephen King, Neil Gaiman and other notables react to the death of writer Harlan Ellison:

“Harlan Ellison: There was no one quite like him in American letters, and never will be. Angry, funny, eloquent, hugely talented. If there’s an afterlife, Harlan is already kicking ass and taking down names.” — Stephen King, via Twitter.

“My friend is dead and I am so sad.” — Neil Gaiman, via Twitter.

“Feisty, furious, yet extraordinarily kind and generous; Harlan Ellison was one of a kind. He was family to us Maltins and our hearts go out to his incredible wife Susan. The world will be a duller place without him. #RIPHarlanEllison” — Film critic and historian Leonard Maltin, via Twitter.

“RIP Harlan Ellison one of the all-time great sci-fi writers (though he hated the abbreviation!)” — Former writer for “The Simpsons” Al Jean, via Twitter.

“Calling Harlan Ellison a titan of SciFi doesn’t seem to do him justice. His work on comics, film, & novels, including Twilight Zone, Star Trek and Babylon 5, an architect of our imaginations. Our heartfelt condolences go out to his friends & family, he will be sorely missed.” — San Diego Comic-Con, via Twitter.

“Ellison and Star Trek went together like hellfire and holy water.” — Staff of StarTrek.com, in a statement.

“My heart is broken. Off to gather what few thoughts I can for awhile. What an awful day. Harlan Ellison is dead.” — Patton Oswalt, via Twitter.

“Harlan was a very gifted writer. I am sorry to hear of his passing.” — William Shatner, via Twitter. NVG