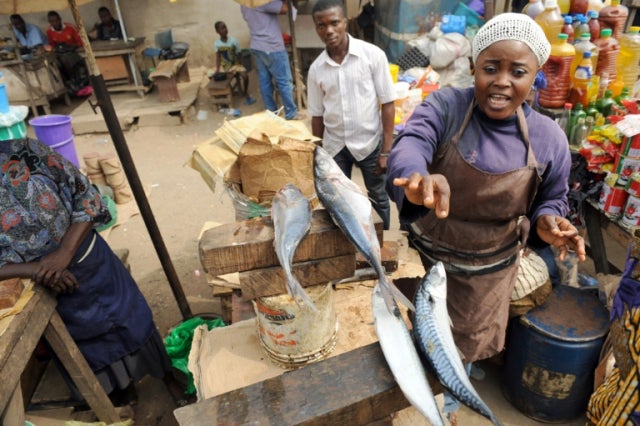 Social realism on the silver screen focuses on the daily life of ordinary people, far from the glamour and gloss normally showcased by Nollywood. Image: AFP/Pius Utomi Ekpei

Social realism and a ‘new voice’ in Nigerian cinema

A low budget comedy set in the working class suburbs of Nigeria’s capital, Ema Edosio’s debut film “Kasala!” is a world away from the usual style and glamour of Nollywood.

Instead it almost oozes sweat, dust and marijuana with the smell of rotting meat and engine oil in what is effectively a love letter to Lagos that reflects a growing interest in social realism.

The film, whose title means “problems” in local street slang, is set in the streets of Ojuelegba, a working class suburb in Lagos’s densely populated “mainland.”

Wandering through the neighborhood, residents greet this 34-year-old director like a local.

Even though Edosio herself lives on the “islands” — the more well-to-do area of this megacity of 20 million people — it is a reality she knows well after growing up in a similar area with her eight siblings.

“Eighty percent of Lagos is like this but it’s… under-represented in the cultural scene,” she told AFP.

“I want to be the voice that puts their life to the screen.”

The plot, which unfurls over 24 hours, involves four young friends who are out for a good time and steal a car belonging to one of their uncles. But they end up having to find 20,000 naira ($55, 47 euros) to fix it when they have an accident.

TJ and his friends are typical teenagers but even a youthful error of judgment can have serious consequences in a poor neighborhood of Lagos.

The uncle is up to his eyes in debt and risks being killed if he doesn’t sell the car.

Above all, it is a film about friendship in which the resourcefulness of Africa’s big cities is ever-present.

Gritty realism is exactly what attracted Abiodun Kassim, who plays the poor, indebted uncle who is trying to make ends meet at his filthy meat stall in the local market.

“My character represents the backbone people of Nigeria. It’s the daily life story of all these people who force their way through life,” he said.

“These… are the majority, but people don’t talk about them.”

Since its release, “Kasala!” has won critical acclaim in the Nigerian press.

“2018 has not been a very good year for Nollywood,” wrote Oris Aigbokhaevbolo on the Bella Naija website.

Writing on the Lagos Film Society website, Dare Dan hailed Edosio’s “razor-sharp sensitivity to what life is like in these neighborhoods from the very first shot.”

“Comedy, rooted in realism, is not something we often come across on Nigerian screens,” he said.

Yet no local cinema has agreed to show “Kasala!”

“Everywhere I am told that people want to see inspiring movies,” said Edosio, which for most Nigerians means showing wealthy people.

“This kind of social cinema is struggling to emerge,” said Serge Noukoue, the organiser of the annual Nollywood Week film festival in Paris.

“It’s not in the DNA of Nollywood, which aims to entertain.

At the festival, however, “Kasala!” was singled out as one of this year’s “must watch” films.

“Ema Edosio is a ‘new voice’ in the universe of Nollywood. That’s a good and very positive thing.”

Abba Makama, director of “Green White Green” (2016), said he was “sick and tired” of “glossy and shiny” productions using actors with British or US accents.

He describes his film, whose title refers to the colors of the Nigerian flag, as his “mosaic of madness.”

It was one of the first examples of a small but growing movement of social realism to hit the cultural scene in Africa’s most populous nation.

The film has been shown at about 20 festivals across the world, including in Toronto, and is available on Netflix.

But again, it has never been shown on the big screen in Nigeria, despite its huge success.

“Now, we have multiple portals, Africa Magic, YouTube, more cinemas… However the movies are pretty much the same. We do need an alternative cinema distribution platform.”

Edosio agrees, confident there is an audience for her films and those of others who are also swimming against the tide: it just requires success to prove it to distributors. CC

The architecture of socialist realism