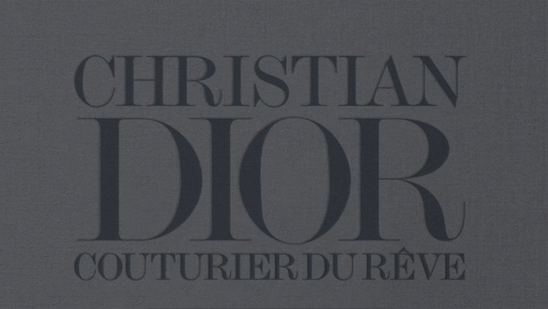 London's Victoria and Albert Museum said Sunday it plans a reprise in 2019 of the Christian Dior retrospective,"Christian Dior: Designer of Dreams".

London’s Victoria and Albert Museum said Sunday it plans a reprise in 2019 of a Christian Dior retrospective that last year drew record numbers to the Decorative Arts Museum in Paris.

The show, to run from February 2 to July 14, promises to be “the largest and most comprehensive exhibition ever staged in the UK on the House of Dior,” the V&A said in a statement.

“Spanning 1947 to the present day, ‘Christian Dior: Designer of Dreams’ will trace the history and impact of one of the 20th century’s most influential couturiers,” the statement said.

It said the expo would be “reimagined” for the V&A, the world’s largest museum of decorative arts and design, displaying 500 objects, from accessories and illustrations to perfumes and a plethora of clothing, including 200 haute couture creations.

A highlight of the show will be the Dior dress worn by Princess Margaret for her 21st birthday celebrations, generously on loan from the Museum of London, the V&A said.

The expo will also explore Dior’s “spectacular fashion shows staged in the UK’s most luxurious stately homes,” it said.

“Reimagining this hugely popular exhibition from Paris… will shed new light on Dior’s fascination with Britain,” the museum added.

It quoted Dior as saying: “There is no other country in the world, besides my own, whose way of life I like so much.”

The Paris expo had the support of the Christian Dior house on the occasion of its 70th anniversary.

It drew more than 700,000 visitors in six months, a record for Paris’ Decorative Arts museum. CC