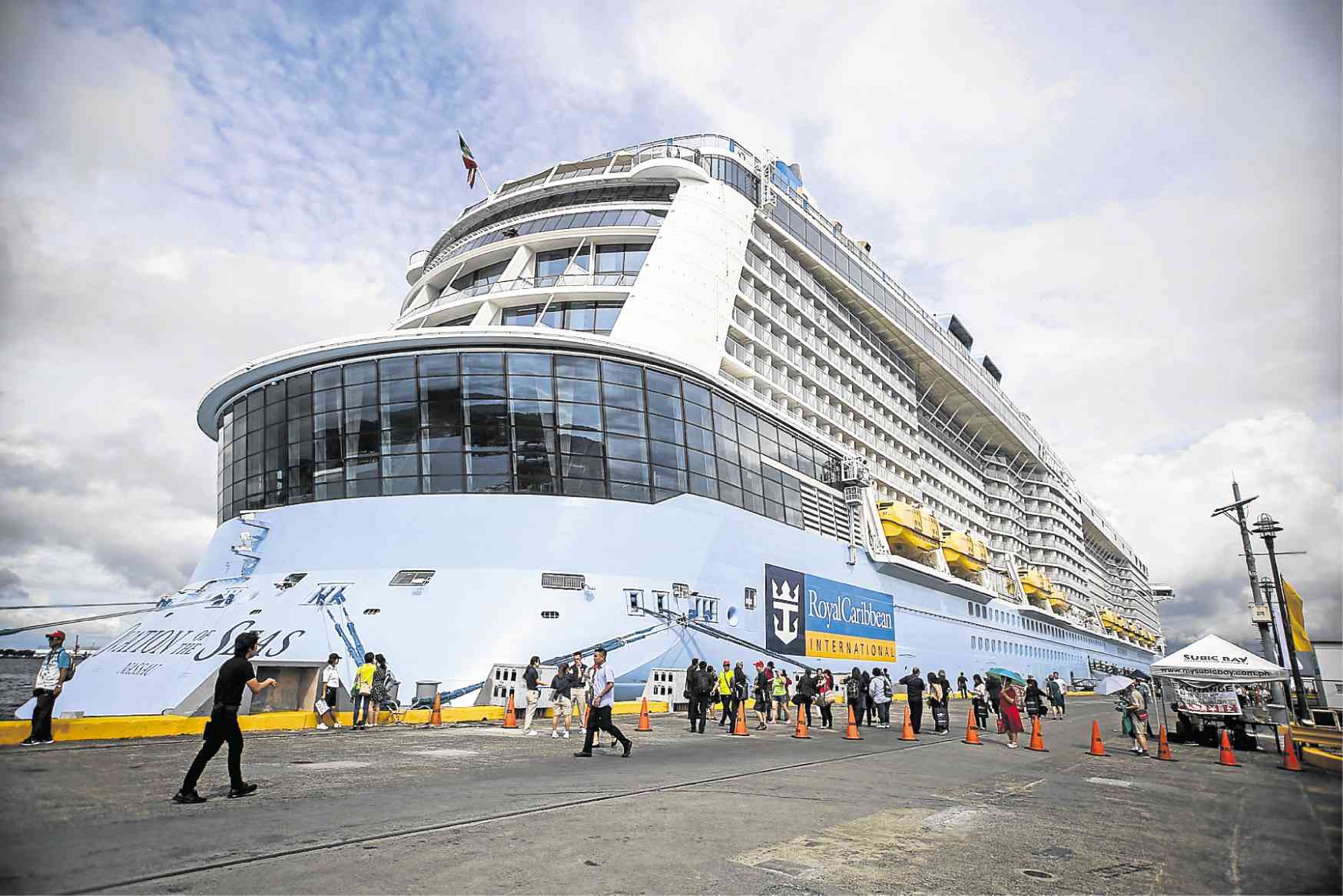 Ovation of the Seas, the largest cruise ship in Asia,makes a double maiden call at Subic and Manila

It was a surreal moment for Wilma Eisma, chair and administrator of Subic Bay Metropolitan Authority (SBMA) when, at 5 a.m., the colossal Ovation of the Seas was seen in the horizon, slowly steering its way toward the Subic port.

Eisma has been joining cruise-ship conferences abroad for more than a decade now, trying to convince the major players in the industry to come to the country. They declined owing to the country’s alleged lack of on-shore excursions.

When her team included Bataan among the exciting places to see aside from Subic, Eisma finally got the green light. And Royal Caribbean’s Ovation of the Seas made not one but two “test” port of calls—first in Subic, second in Manila.

Should there be enough positive feedback from the guests, the Philippines will become one of Royal Caribbean’s regular stops in Asia, said Capt. Nikolaos Antalis, AVP for marine and safety of the Royal Caribbean Cruises Ltd.

“Only then shall we announce the future calls of Royal Caribbean,” he said.

Ovation of the Seas, the largest cruise ship of Royal Caribbean in Asia, is the first cruise ship of this magnitude and caliber to ever make a maiden call in the Philippines. During her test call in Subic and Manila, she brought with her more than 6,000 guests and crew. She is 1,138 feet long with a total of 18 decks (16 guest decks).

“Royal Caribbean aims to bring more of the next generation cruising experience to its fans in the Philippines and Asia,” master of Ovation of the Seas Capt. Flemming B. Nielsen said. “As we continue to grow in Southeast Asia in a big way, we look forward to bringing more ships and tourists to more ports in the Philippines in the future.”

Ovation of the Seas will be cruising around North Asia for the summer out from Hong Kong and Tianjin, before heading to Singapore and then Sidney in October.

In Subic, guests visited antique shops and, in Bataan, Spanish colonial-era mansions during the Casas Filipinas de Acuzar Heritage Tour. They traveled through picturesque river valleys and took a dip into the warm waters of Puning Hot Spring, and watched marine animal performances at Ocean Adventure.

The Manila call offered options for Tagaytay tour or Manila City Tour. Tagaytay highlighted the panoramic view of Taal Lake and Taal Volcano, plus a trip to a pineapple plantation where they shopped for souvenirs or tried the local pineapples. Those who opted to stay in the city were toured around historic landmarks such as the Manila Cathedral, San Agustin Church and its museum, and Fort Santiago.

“This used to be a dream, and now it’s a reality,” Eisma said. “We’ve convinced them to come, and now for the difficult part—to keep them coming, We want to make sure they have the best experience, the best time, to feel secure and safe… We want the Philippines to become Asia’s next cruise ship playground.”

Assistant Tourism Secretary Roberto Alabado III said he not only wants the country to become an important player in the regional cruise ship business, but also to become a major resource for manpower, shipbuilding, and maritime training.