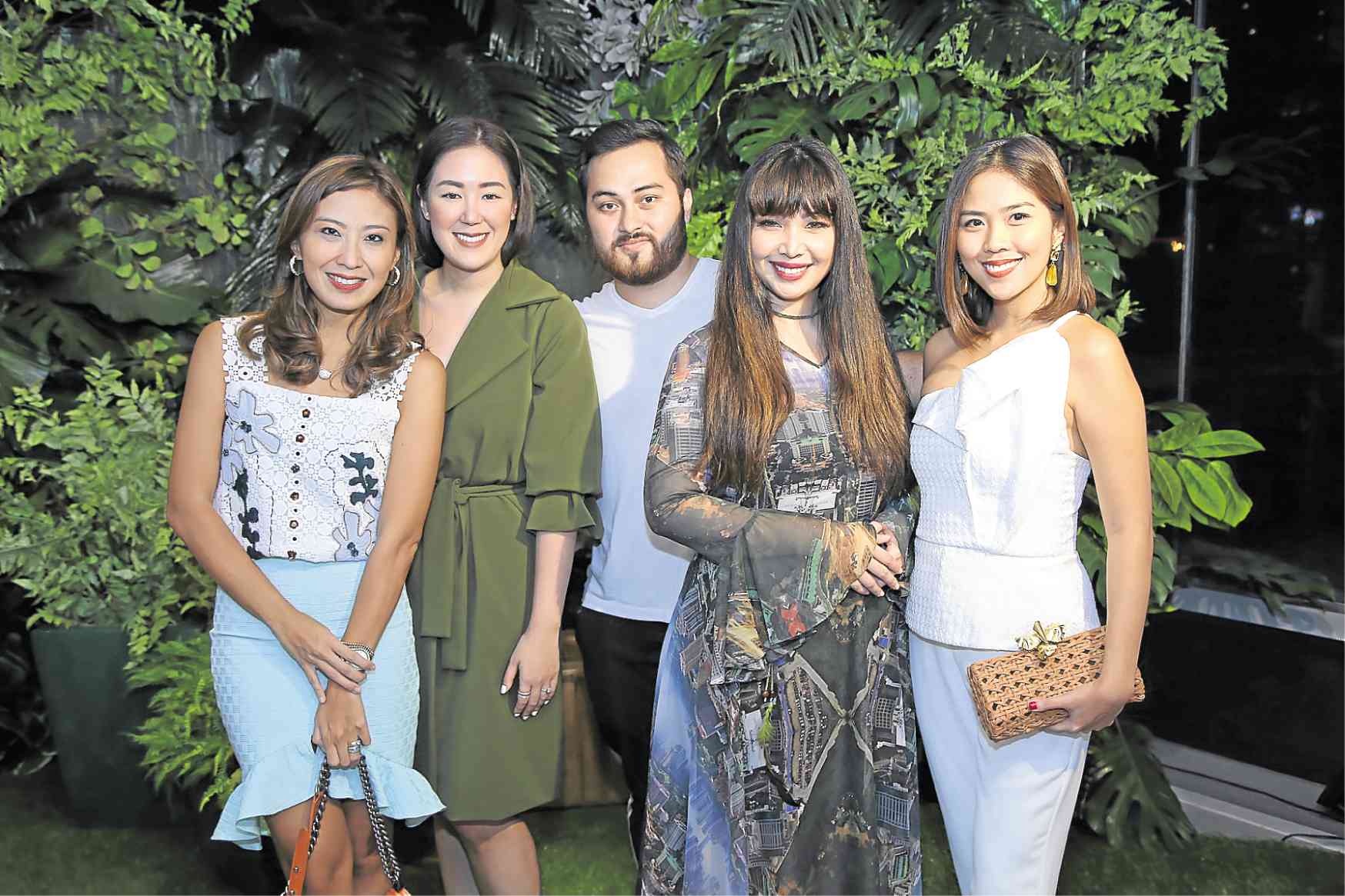 Like many young Filipino fashion designers, Patty Ang built her name on made-to-order clothes. She has found, however, that there are clients who can’t be bothered by the wait and the burden of fittings to get a dress made.

This prodded her to create a ready-to-wear line she sells in a namesake boutique in a Makati mall.

“I wanted to give clients something to grab right away. An easy reach,” Ang said at the launch of the Rustan’s Circle last week, in which hers was one of the featured collections.

Rustan’s Circle is a pop-up that celebrates Filipino fashion and an avenue for young talents to showcase their wares in a refined retail setting, alongside the luxury department store’s vast portfolio of global brands.

Bumgarner, a former Formula One racer, has steadily built his business on show-stopping custom evening wear favored by his muse, actress Heart Evangelista. He didn’t hesitate to say yes when Rustan’s made him the offer.

“This is so different from what I do, owing to the volume alone,” he said, “but I liked doing it because, to grow as a brand, you need to get into RTW.”

For the first time, fans of these designers who, for whatever reason, couldn’t go to them for custom clothing, can find their designs under one roof.

“I grew up with Rustan’s, so this is such a privilege for me,” said Araullo, who designed a collection inspired by the Italian Riviera.

Araullo’s summery pieces are designed to be mixed and matched with a woman’s existing wardrobe, with easy sundresses, bright prints, as well as classic linen pieces for the more mature woman.

While Araullo’s clothes are decidedly sweet and feminine, Andrada goes to the edgier end of the spectrum. The award-winning young designer created an urban kaleidoscope of an aerial shot of Manila and printed it on fabrics, then merged the material with muted colors for her collection of separates and kaftan dresses.

“I used to hate the view of our city from an airplane because you see all the kalawang (rust) on the roofs, and they were depressing,” Andrada said. “But I love my country and I gotta love what we have.”

On one trip, Andrada took photos from the plane and tinkered with them on Photoshop and had them digitally printed on textile. The result won her the International Artist of the Year award at Korea’s International Fashion Art Biennale, and another recognition from the National Commission for Culture and the Arts’ Ani ng Dangal Award 2018.

Ocampo’s collection is botanical-inspired, designed for “contemporary women who wear many hats in society,” according to its designer. She believes her customer is very similar to Rustan’s’. “While they are open to new and exciting experiences, they remain rooted in and proud of their own culture.”

Bumgarner made day-to-evening looks that include separates, jumpsuits and long dresses. Asked about the perception that his clothes now command high prices, he replied with a laugh, “It’s just the name! Not true. If they find it too expensive, it means they don’t appreciate my work.”

Ang, whose signature look is minimalist with a twist here and there, has mixed some of her classic bestsellers and a few exclusive styles for Rustan’s.

“I studied the Rustan’s market, and found them to be more mature and classy, so I stuck to my aesthetic—simple, clean lines,” she said.

“I don’t make tight clothing,” Ang added. “I know the comforts of a woman. I’m a mother also. I understand a woman’s body. I think that’s a pro for a woman designer. I design stuff that I would want to wear, too.”