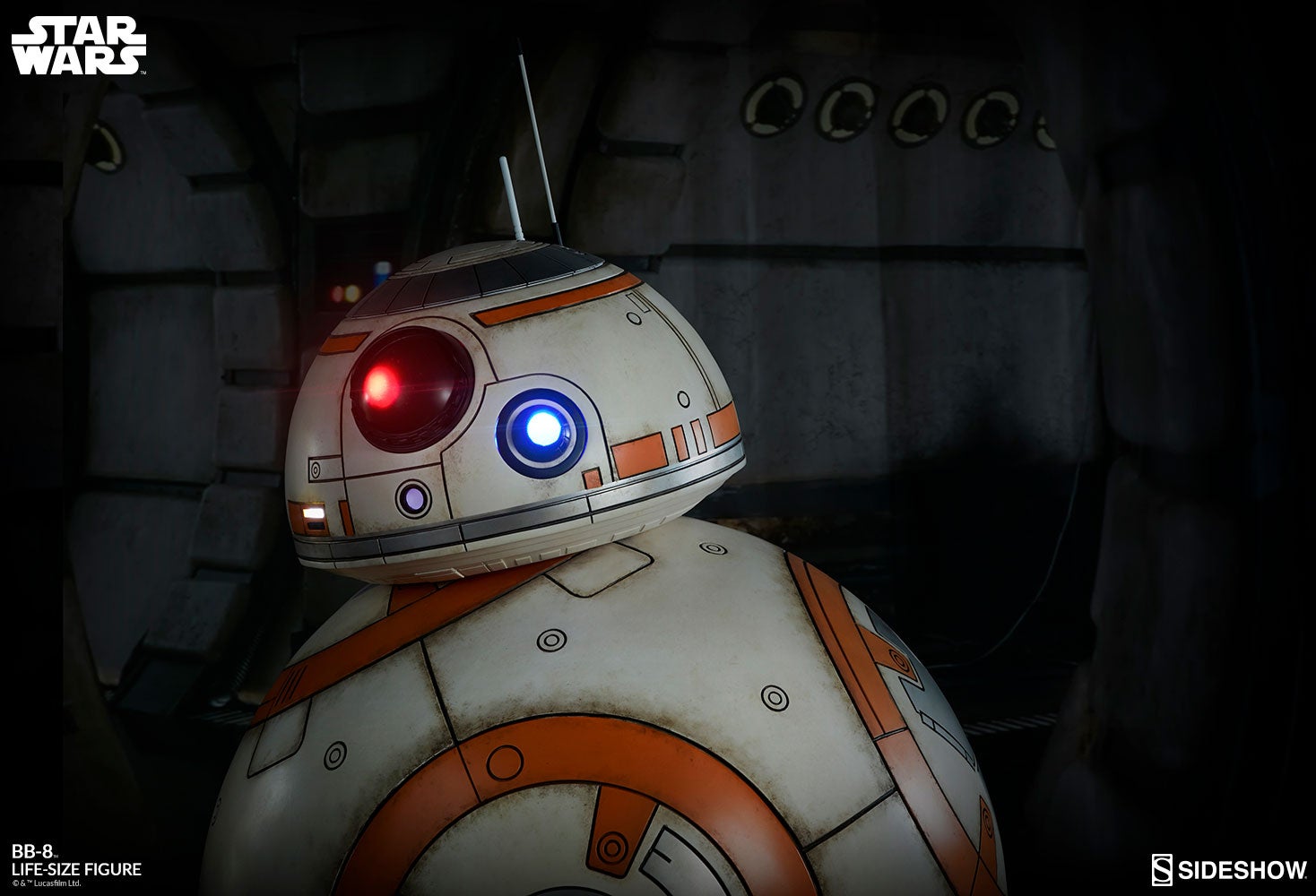 “Star Wars” fans will have a chance to take home a full-scale figure of the lovable droid BB-8 if they have $3,950 (around P220,000) of spare cash lying around. This does not include shipping and taxes.

Collectibles maker and distributor Sideshow recently opened pre-orders for a life-size re-creation of BB-8 from “Star Wars: The Force Awakens” and “The Last Jedi.”

At 37 inches tall, Sideshow created the BB-8 replica to look exactly the way it should from the movies. The orange and silver paint job even comes with weathering effects to reflect the droid’s journey thus far in the galaxy far, far away.

While this fiberglass replica won’t be able to move around like the remote-controlled robot by Spin Master, it does have a repositionable head dome. It also has detailed base to keep the replica upright.

Apart from the intricate paint work, the BB-8 replica also lights up through the use of a remote.

Adding realism is the sound bank, which includes the distinct beeps and whoops of the movie BB-8.

For collectors with deep pockets, pre-orders opened on July 5. Estimated arrival is between January  and March 2019.  /ra