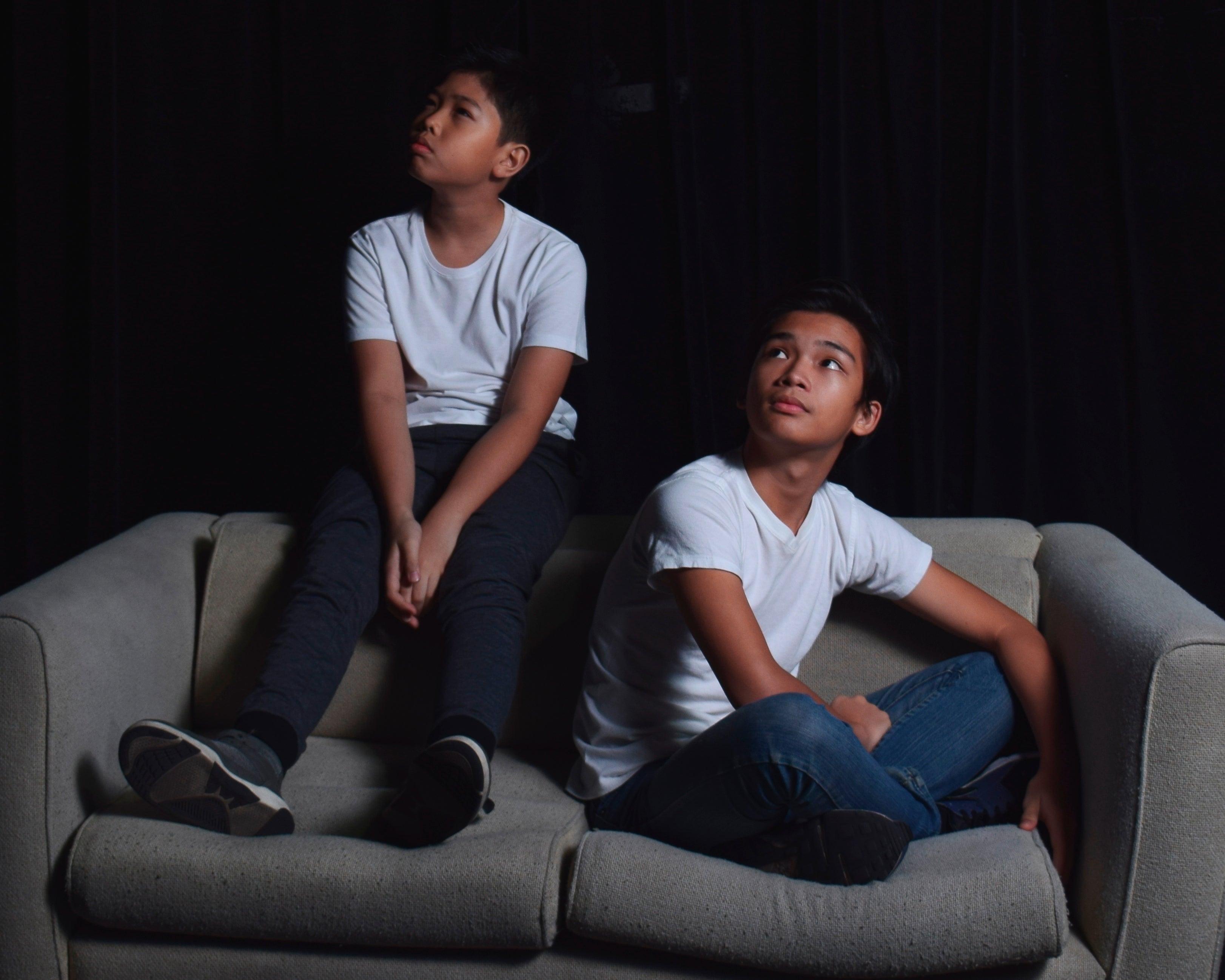 A mixture of drama and comedy, the Virgin Labfest 14 entry “Mga Bata sa Selda 43” takes its audience on a thoughtful, harrowing ride to explore the Duterte administration drug war from a child’s point of view.

“The play starts out as a comedy,” says director Ian Segarra, “and then it hits you.”

Written by Rolin Migyuel Cadallo Obina, the one-act play follows two brothers from the slums, 13-year-old Philip and 8-year-old Ino, who find themselves trapped in a prison cell. At first, they believe they’ve been abducted by aliens, but the appearance of a new character, Ed, soon sends the play spiraling from lighthearted banter and imagination to something more serious and poignant, uncovering stories about the disappearances of activists, human rights workers and ordinary folk alike, including children.

“It’s a lot about how these two kids perceive their society,” says Segarra. “It’s a conversation between the brothers: playing around, fighting, laughing, talking about their beliefs, their dreams, and worrying about when they will be picked up by their mom.”

“It shows how the drug war affects the children,” says actor Rafael Tibayan, who plays Ed. “A lot of us know what’s going on, but not everyone sees the impact it has on the youth of today.”

“The topic is really heavy,” he admits. “But it’s not just happening [on stage], it’s happening in reality. It must be told.”

While he remained tight-lipped about his role—“I can’t say more about Ed’s character, it will give away what happens in the play”—Tibayan readily describes the play as “painful and true.”

At 21 years old, Tibayan is the eldest in the cast of three, with 17-year-old Tomas Santos as Philip and 12-year-old JM Canlas as Ino.

“The most challenging part [of the process] is having kids as actors,” Segarra says. “With a topic as sensitive as extrajudicial killings, we were really careful about how we explained it to the kids.”

“There’s a way of handling it, but I don’t think we should sugarcoat things when it comes to kids,” he adds. In fact, Segarra believes that having real kids as actors—as opposed to adult actors playing kids—strengthens the show.

“It’s a really heavy play,” he says, “but seeing these kids take on that heaviness and making it fly—that’s one thing that’s interesting to watch.”

It can’t be easy balancing homeschool, taping for his regular ABS-CBN show “Team Yey,” and rehearsals for the Labfest, but Canlas has a genuine excitement for each project. “[The audience] will experience comedy and drama,” he says. “There will be realizations while you’re watching the show.”