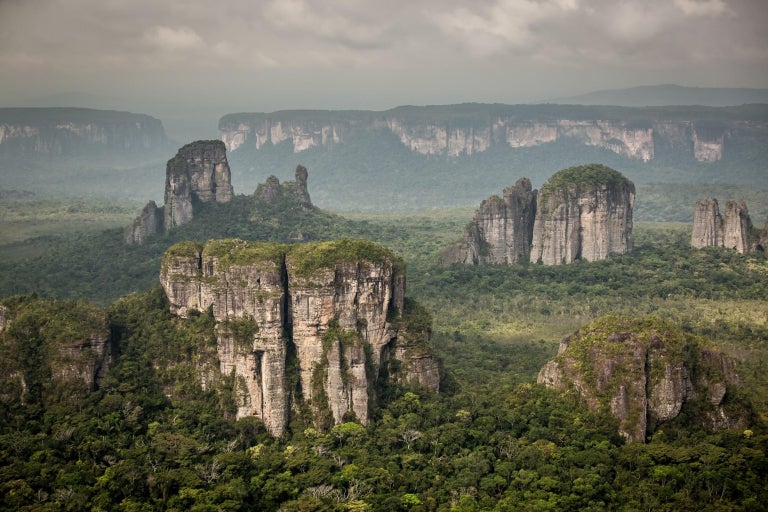 Colombia is now home to the world’s largest protected tropical rainforest and national park, with the recent expansion of its perimeters.

Following decades of lobbying by environmental and conservation groups, the Serrania de Chiribiquete National Natural Park has been expanded from 2.8 million to 4 million hectares, an expansion that makes it the largest protected rainforest in the world.

The news was announced by the conservation group WWF, which declared the expansion a double win as the park was also admitted as a UNESCO World Heritage site for its environmental, cultural and social value this past week.

The rainforest is home to thousands of species, dozens of which are native to the park and several of which are threatened, including the Amazonian tapir, the giant otter, the giant anthill, the woolly monkey and the jaguar.

It also boasts the oldest, largest, densest and most impressive pictographic complex in America, notes the WWF, with murals that include more than 70,000 pictograms that date back 20,000 years.

The Amazon is one of 11 regions in the world with a high risk of deforestation. By WWF estimates, more than a quarter of the Amazon will be lost by 2030 if current deforestation trends continue.

“The efforts of the national government to strengthen conservation actions offer a critical opportunity to consolidate a mosaic of conservation areas vital for sustainable development and maintenance of the Amazon, not only in Colombia but throughout the biome,” said Alistair Monument, forest practice leader of WWF Global. JB