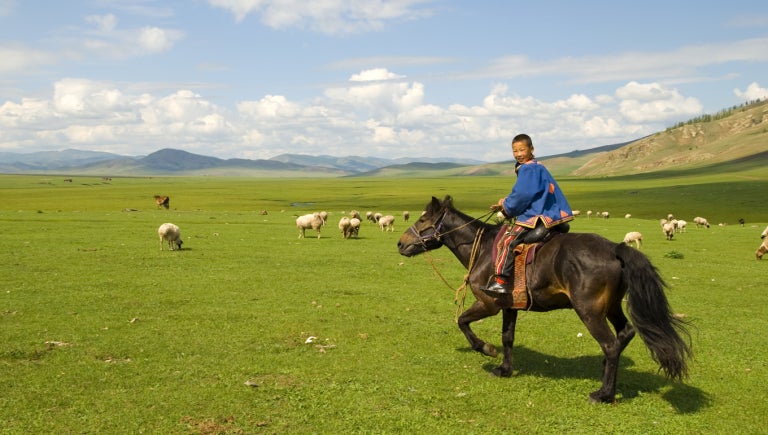 From one of the world’s least population-dense spots in the world, to an island of “musical rainforests” and the African savannah, National Geographic‘s picks for the best summer travel destinations offer ideas that extend beyond London and Paris.

For intrepid, nature-loving travelers and adventure seekers, the publication offers up travel ideas that span the continents from the Americas, Africa and Europe to Asia and Oceania.

Here’s a look at some of their picks:

Mongolia
For travelers looking to get away from the madding summer crowds, consider the plains of Mongolia, described as one of the least population-dense and most hospitable countries in the world. Along with 1,000-foot-high dunes, clear rivers, cool summer nights, ancient dinosaur fossil beds, horseback rides through poppies and golden mountains, editors praise another major attraction and asset for the region: its people.

“No one can sing from the depths of their being and bellies like the Mongols.”

Ilha Grande, Brazil
About an hour-long ferry ride from Rio de Janeiro, the island of Ilha Grande used to house a leper colony and top-security prison. Today, however, the island is a paradisiacal retreat, with 106 beaches and “musical rainforests” that are home to endangered tropical species like maned sloths, brown howler monkeys and the red-browed amazon parrot.

Lebanon
Often overlooked as a culinary destination, the world has Lebanon to thank for hummus and the summer mezze table, the ideal dinner for a hot summer’s night: think wine, tabbouleh, hot sesame pita, baba ghanoush sprinkled with pomegranate seeds, and plates of herbed cheese, all drizzled in local olive oil. Along with its culinary heritage, experts recommend strolling the open-air markets of Byblos, and cooling off at the Baatara Gorge Waterfall.

Masai Mara
Summer months are the best times to visit this expansive, fenceless preserve that allows visitors to witness one of the world’s most fascinating yearly phenomena: the great migration. Between July and September, two million wildebeest embark on their annual pilgrimage across rivers and plains to the Serengeti. Along with a safari, experts recommend visiting a local Maasai community and snorkeling the coral reefs of Diani Beach in Kenya.

For the full list of ideas, visit the site. JB