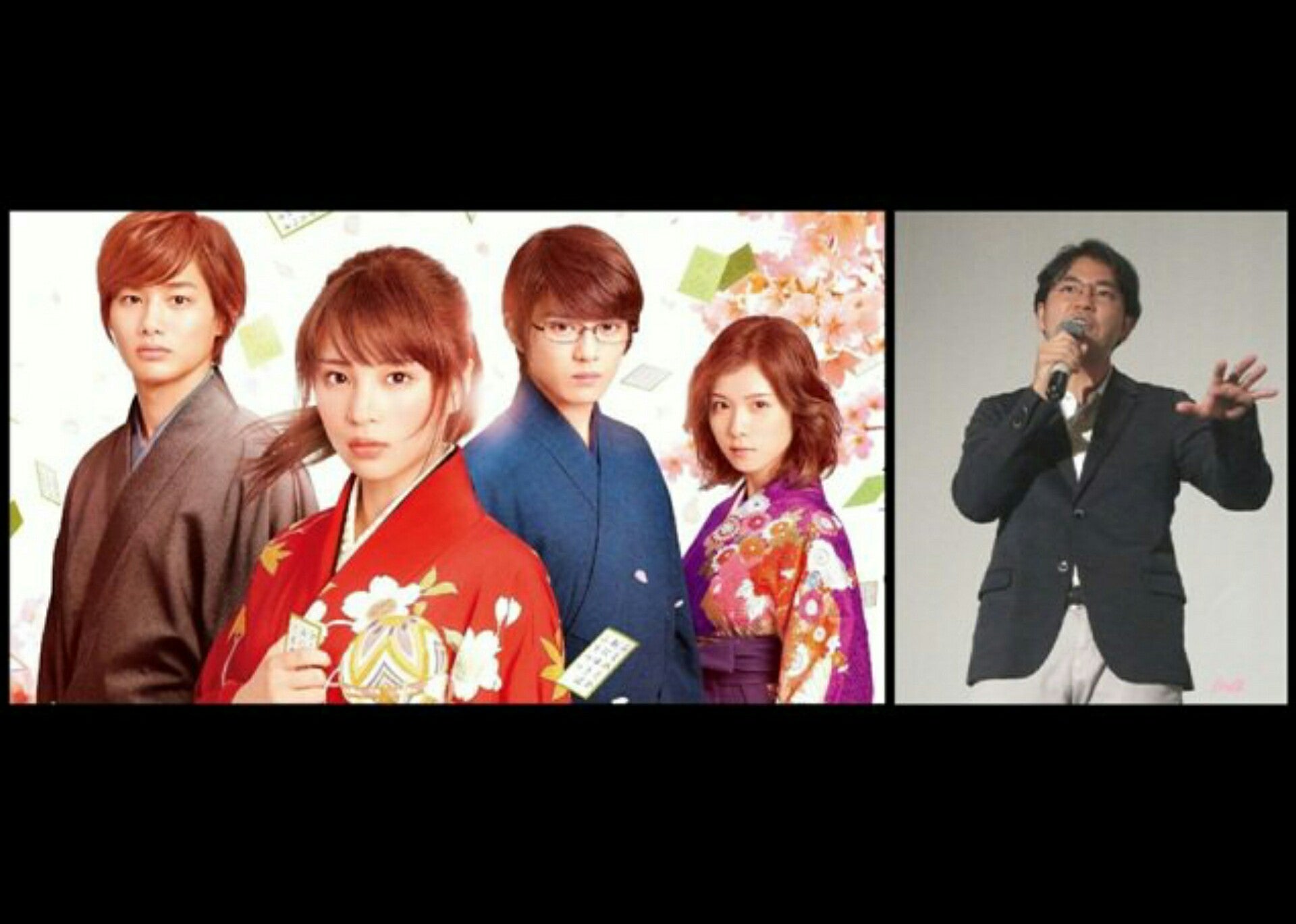 “I wasn’t actually a movie freak.”

That was Norihiro Koizumi’s quick, unabashed reply when asked about his introduction to film, during a one-on-one interview at the recent opening of the 21st Eiga Sai, or the Japanese film festival, in Greenbelt, Makati.

The 37-year-old director-screenwriter was a special guest at the festival’s launch which screened the last instalment of his successful film trilogy, “Chihayafuru,” adapted from the well-loved manga by Yuki Suetsugu. Released in cinemas just in March, “Chihayafuru” Part 3, said Koizumi, was No. 1 in the Japanese live-action category. The top spot eventually went to master filmmaker Hirokazu Kore-eda’s “Shoplifters,” which won the Palme D’Or at Cannes this year.

Nonetheless, Koizumi has had a good track record at the box office, starting with his full-length directorial and writing debut, “Midnight Sun” (2006). It grossed over a billion yen—a feat for an industry rookie—and, later on, was even picked up for a Hollywood adaptation starring Bella Thorne.

So it came as a surprise that the filmmaker had no grand “aha” moment or anecdotes to share about his beginnings—with the exception of his unusual Japanese-language high school teacher who required students to shoot medicine ads and dramas as class projects. “Back then I was not thinking about making this a career,” recounted Koizumi. “It was just fun, that was it.”

The fun continued at Tokyo’s Keio University, where Koizumi said he made student films while taking up political studies. He graduated having considered instead a career in filmmaking, a realization that was perhaps buoyed by his interest in the works of three distinct filmmakers.

The first, Shunji Iwai, is not just a director-producer but also an artist with insightful if rather complex, offbeat and sometimes genre-bending dramas to his name. Next is Hayao Miyazaki, arguably the most-revered Japanese animator-filmmaker of all time. And the third, Steven Spielberg, of whom the young Japanese director said: “It’s pretty lame to say it—because everybody likes Spielberg—[but] he’s brilliant. He makes “E.T.” and then “Schindler’s List”—that’s something you cannot [easily] do.”

Koizumi’s body of work thus far shows no obvious influences from his early cinema favorites, though he’s clearly adept at capturing emotion and, like Iwai, has no qualms about filming projects based on eclectic sources.

His filmography consists mostly of tales of youth, such as “Midnight Sun,” about a girl with an illness that makes sunlight her Krypton; “Wrestling with a Memory,” the story of a student wrestler who struggles with a strange case of amnesia; and “The Liar and His Lover,” a shoujo (Japanese content aimed at teen girls/young women) love story and Koizumi’s first manga adaptation.

Though it thoroughly captures the world of karuta (the ancient Japanese game of cards printed with poetry), the “Chihayafuru” films present an uplifting message for and about youngsters as well.

The young actors portraying the characters were relatively unknown at the time Part 1 was commercially released. Most notable is the effervescent and lovely Suzu Hirose, who had only ever appeared on TV but, Koizumi said, “somehow the producer and I had the courage to pick her as the lead actor [which] no one would have done [at the time].”

Recognizing talent, no matter its obscurity, has been among the strengths Koizumi has endowed the trilogy.

Perhaps his biggest contribution in the success of the films—and despite the contention that the visuals have been laid out for him by the manga series—has been condensing everything that needed to be explained about the arcane poetry and the complex rules of karuta.

“The rules were explained in the manga which had more time [to do so, and through many volumes],” Koizumi pointed out. “But in a movie, when you start to explain things, it’s going to be [tedious for the audience to pay attention]. You don’t want to hear the explanation, you want to watch the story.”

The same goes for the poems, written in classic Japanese, whose meanings had to be presented in digestible forms. That in itself takes plenty of work, on top of figuring out endless ways to shoot the karuta matches.

The actual game requires of its players lightning-speed reflexes, an extraordinary memory, listening and anticipation skills, all of which don’t easily translate to film—unless of course helmed by a director like Koizumi who seems to have a keen sense for what moviegoers would want to watch.

“I liked it (“Chihayafuru”) because it has history in the hundred poems,” he shared. “It’s not just about a sport, or love and youth, it also has… culture. It has many layers to the story.

“Senior [filmmakers] would probably say that adaptation of manga is not real, genuine Japanese movie… but I won’t say that because that’s not the problem and that’s not the point,” Koizumi said.

“The problem is there’s not a lot of [good film] adaptations of manga. If you… adapt it really well, it could [simply] be a great film. People [elsewhere] in the world wouldn’t know it’s from manga. They don’t really care.”

The 21st Eiga Sai tour is until Aug. 26 in Manila, Cebu, Davao, Bacolod, Naga. Admission is free. Follow @eigasaiPH on Facebook for updates.