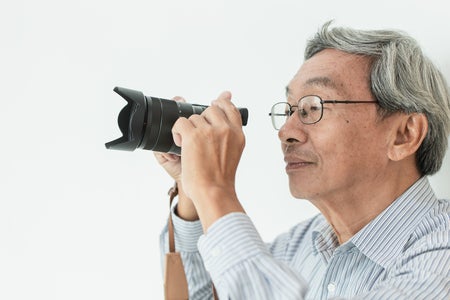 There are many ways to alleviate one’s loneliness, but an 89-year-old man in Chengdu, Sichuan province in China, takes coping mechanisms for loneliness in another level: by posing as a nude model.

Wang Suzhong goes to universities and art studios in Chengdu twice a week to do nude modeling, as reported by the South China Morning Post last Friday, July 6. “My body shape is quite good for a senior citizen,” he noted.

The 89-year-old Chinese man isn’t bothered at all by the negative connotations accompanying his choice of pass time. He even refers to nude modeling as “body arts.” He said that being a nude model makes him “less lonely” while at the same time, providing him a means to sustain his financial needs.

His wife died in 1997 and since then, he has been living all by himself. He is estranged from his children, who also happen to be unable to understand his commitment to the “body arts.” He laments that none of his children treat him like they should treat a father.

“Being a model for body arts made me forget all my sadness and worries,” the 89-year-old Chinese man said in the report. “I found my own happiness.” Kate Matriano/JB

Chinese boy confesses to urinating on elevator, promises to clean for 1 month