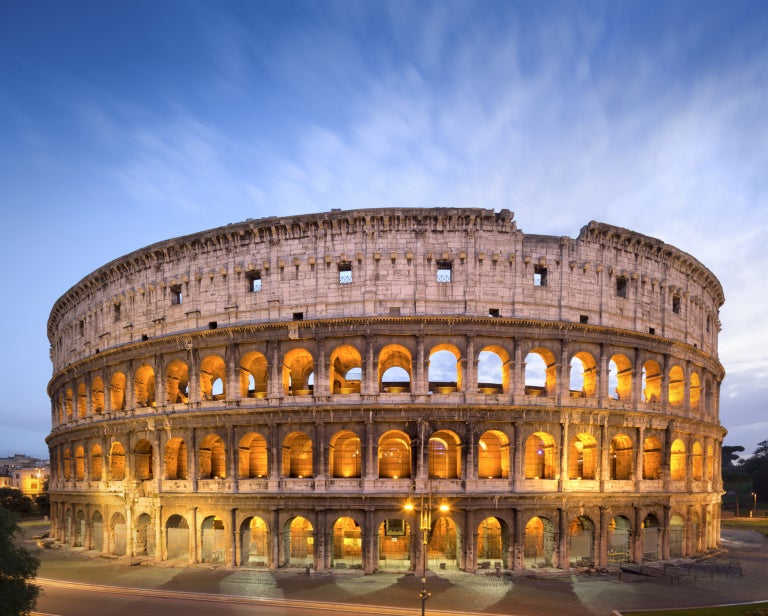 Headed to Rome this summer? You might want to reserve your visit to the city’s most iconic landmark, the Colosseum, for the weekend, when the amphitheater recreates the inaugural opening games using holograms and virtual reconstructions.

Called “Sangue e Arena” (Blood and Arena), the 30-minute show brings elephants, lions, tigers and gladiators to life using lights, sounds, music and holograms that are projected in the arena.

The show recreates the 100-day games which took place in 80 AD to mark the completion of the amphitheater.

If your travel group includes little children, however, be mindful that the show doesn’t gloss over the savage battles between wild, ferocious animals and gladiators fighting for their lives: it’s not recommended for kids under the age of six.

Multimedia images, holograms, lights, sounds and music are projected onto a 17-meter canvas and tell the tale of the 100-day games through the poet Martial, who documented the spectacular and often vicious games.

In English and Italian, the show runs until Oct. 27, with three performances every Thursday, Friday and Saturday. Prices are set at €20 (about $23 or P1,250). JB