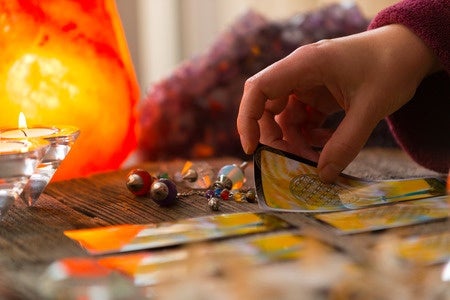 More and more young people in Hong Kong are turning to fortune-telling and astrology in their search for meaning, answers and solace.

Joseph Wong Ka-lok, a fortune teller in Wong Tai Sin in New Kowloon, shared that he had seen a rise in numbers when it comes to young Hong Kongers, university students specifically, who come to him for help.

“A lot of young people feel that it’s getting harder to survive in Hong Kong,” Wong Ka-lok was quoted in a South China Morning Post report last July 7. “Very often they are not satisfied with the status quo. They don’t understand why they are not being properly rewarded for their hard work. That’s why they come to me for explanations.”

Wong is now in his 60s and has been fortune-telling for about 26 years. He sees around 200 customers every month, most of which are students. Wong, on his end, makes use of different divination methods in his approach, methods that are fast becoming popular among the younger crowd, such as traditional feng shui, palm readings, and even tarot cards.

“Before I sought the advice of my fortune-teller I was clueless about making choices,” Cheng Wai-yin, a regular subscriber of fortune-telling on Temple Street, was quoted as saying. “Now I have something to follow. For example, if I don’t know whether I should make a move on a girl, or whether I should choose this job or that. There are rules I can follow that might bring me a higher chance of success.”

Many academics gave their own take, too, sharing that these unorthodox practices that appeal and pervade the younger crowd aren’t surprising at all.

In a society like Hong Kong which views elders’ authority as absolute, a sharp break or shift from tradition in pursuit of something newfangled and novel, such as a fascination for the mystical or occult, is expected to happen.

“There’s a certain proportion of young people who have a great deal of uncertainty about their future, and these systems give them reassurance,” Cecilia Chan, a professor at the University of Hong Kong’s social work and social administration department, said in the report.

Dr. Paul O’Connor, a research assistant professor at the Department of Sociology at Lingnan University, also acknowledged this trend.

“We’ve been seeing the emergence of a subjective sense of religion or belief,” Dr. O’Connor said. “And it’s not just Hong Kong. There’s been a general worldwide trend of people moving away from structured religion.”

But while some are quick to say that such things are only made up stories, Dr. O’Connor maintained that people aren’t necessarily concerned whether the readings are true or made-up.

“People often recognize that these stories are made up. They’re not concerned about that, it’s about the feeling of constructing your own identity.” Cody Cepeda/JB

What’s the difference between a zodiac and a horoscope?