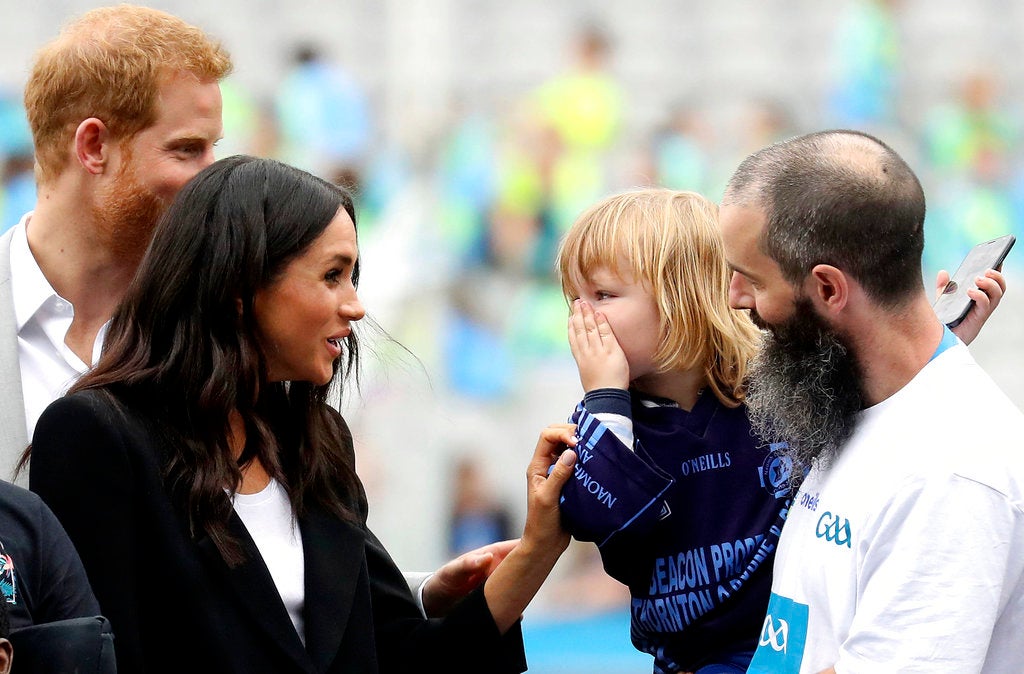 Prince Harry and Meghan, the Duchess of Sussex, meet three-year-old Walter Kieran on the pitch at Croke Park on the second day of their visit to Dublin, Ireland, Wednesday July 11, 2018. (Chris Jackson/PA via AP)

A 3-year-old boy in Ireland was fascinated to meet Meghan Markle—not because she was royalty, but rather because of her long, wavy hair.

On Wednesday, July 11, the newlyweds dropped by Croke Park in Dublin, headquarters to the Gaelic Athletic Association (GAA), which promotes indigenous Gaelic games.

Besides watching some of Ireland’s traditional sports, the couple encountered young children, who charmed them on their visit.

Little Walter Kieran was being carried so he was high enough to reach Meghan’s locks and face. The Duchess of Sussex affectionately held his hand in return.

However, Prince Harry pretended to be angry about the cheeky hair-tugging and feigned scolding him with a finger wag.

Another child, 4-year-old Dylan Mahon, was interested in his hair—his beard to be exact. The Duke of Sussex allowed him to tug at his ginger facial hair.

“You might have a beard soon—you never know!” he reportedly told the child, as per People.  Niña V. Guno /ra