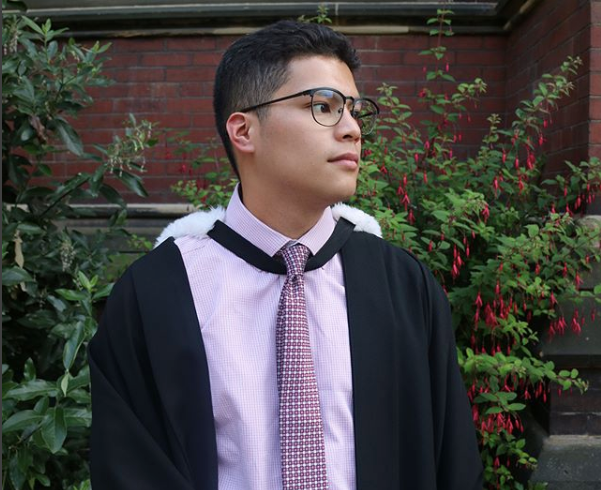 Tourism secretary Bernadette Romulo-Puyat took some time off from her duties to fly to the United Kingdom — not for a vacation, but for her son’s graduation.

The proud mom first lauded her 22-year-old son Vito’s achievement on Instagram last Tuesday, July 3. She said that he was set to earn his bachelor’s degree in Psychology, graduating with First Class Honors from Newcastle University. He was also chosen as the speaker for the ceremony.

As the big day arrived two days ago, Puyat shared a photo of her son, hours before he graduated.

The blooming mom also posted a photo of herself from the ceremony. She said that it was Vito himself who chose what she wore because “he didn’t want me to show too much skin.”

Puyat, Vito and his sister Maia had a group photo as one of their mementos of his special day.

Maia congratulated her “not-so-little brother,” and declared that she was the “proudest sister alive.”

Back in an Instagram post in 2015 about Vito’s high school graduation, Puyat revealed that doctors diagnosed her son with Attention Deficit Hyperactivity Disorder (ADHD) when he was just 2 years old. Out of fear, the secretary recalled that she visited four doctors to make sure that he was not misdiagnosed, and one doctor even told her that he was borderline autistic.

Despite this, he showed that he can beat the odds as he finished high school in Beacon Academy in Biñan, Laguna with honors as well. JB

Who is Bernadette Romulo-Puyat?