‘What will you choose: love life or Wi-Fi?’ | Inquirer Lifestyle 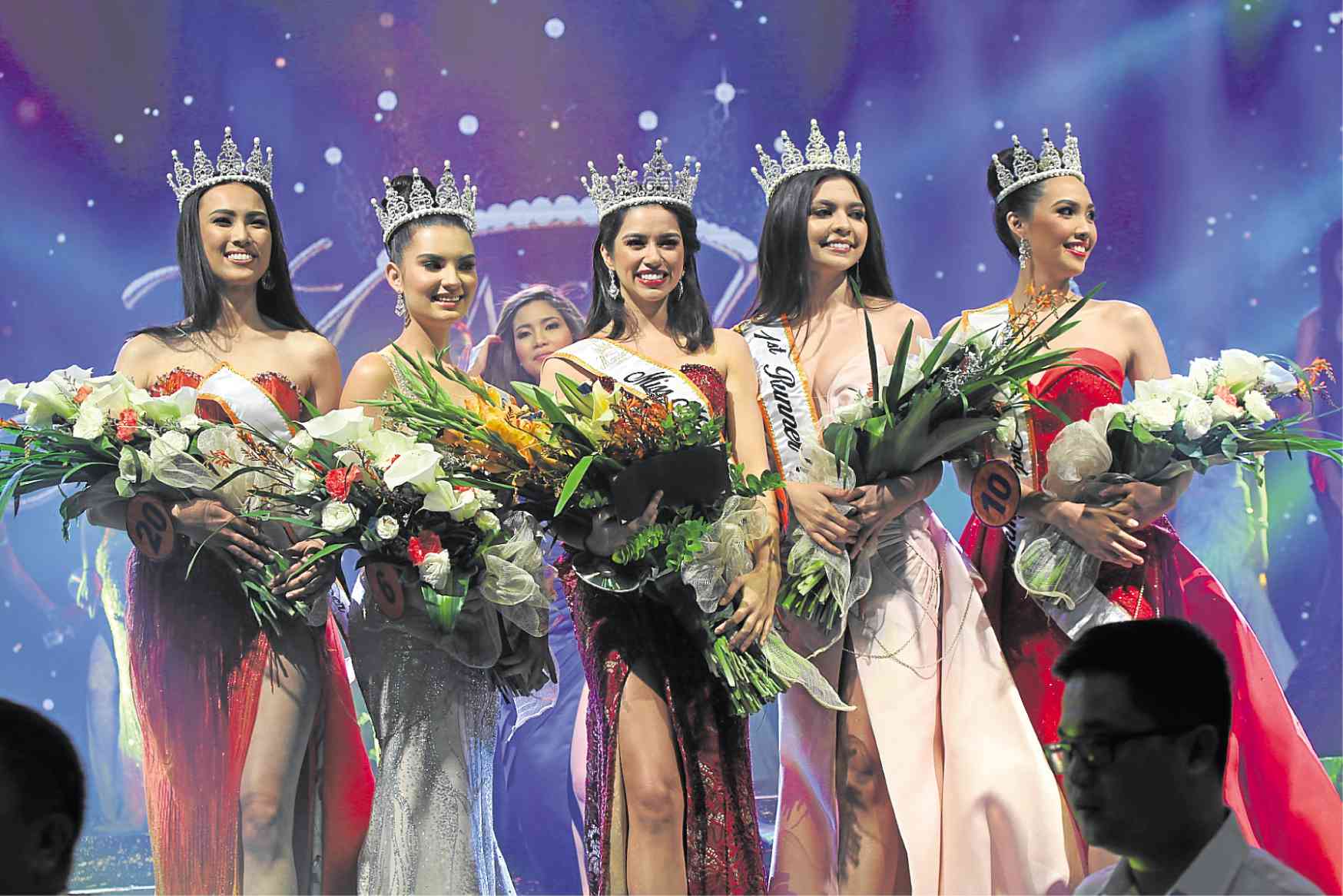 ‘What will you choose: love life or Wi-Fi?’

The beauty pageant industry in the Philippines is not just advanced, it’s very advanced.

One realizes the extent of the evolution—if one could call it that—of beauty pageantry in the country when one not just watches it, but also sits as judge.

Put together by the Mare Foundation, which conducts charitable and medical missions for the city government of Manila, the pageant drew more than 30 candidates who were impressively polished, no neophytes to beauty slugfests, obviously.

The Foundation, headed by Jackie Ejercito, worked in tandem with Viva Entertainment to stage a grand show with a powerhouse performance: James Reid and Nadine Lustre, and Sarah Geronimo, easily the jaw-dropping performance of the show hosted by Xian Lim, Yassi Pressman and Edu Manzano. (Honestly speaking, nobody hosts a beauty pageant as candidly well as Edu, still.)

Without skipping a beat

The candidates knew not only how to preen and parade, they also knew how to answer well—and without skipping a beat.

Vice Ganda, head of the panel of judges, asked a candidate during the interview: “What will you choose: love life or Wi-Fi?”

How on earth does one begin to answer that? The candidate, however, knew how to wing it. She chose “Wi-Fi” because one needed technology. (Just like that. No sweat.)

It turned out many of today’s candidates hone their “pageant skills” by doing the rounds of beauty contests. They train in beauty camps and join the beauty jousts regularly, much like battle-scarred soldiers. “Contesera,” a perennial joiner is called, according to our friends who are avid beauty pageant-watchers.

Apparently, Miss Manila is a good lead-up to the Binibining Pilipinas.