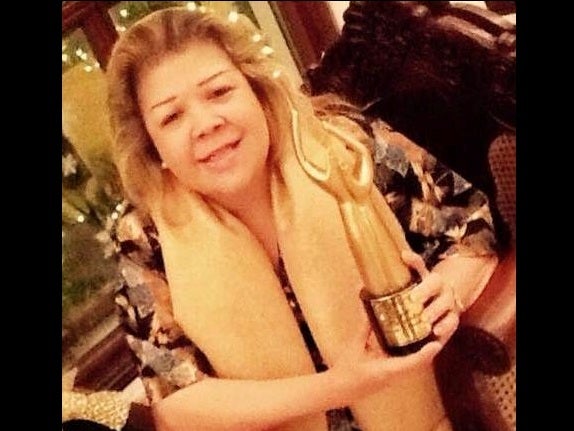 Roxanne Lapuz: ‘A person of love and light’—and the best legs

Theater director and artist manager Roxanne Lapuz passed away on July 4. She was 66.

The theater world led by Lea Salonga all conveyed condolences on Facebook.

Lapuz popularized the dinner theater format in the ’80s. She also directed concerts, mounted musicals (Resorts World Manila’s production of “The Sound of Music,” among others) and tutored and honed artists as a talent manager.

It was Lapuz who mobilized a mini-army of singers, dancers and an orchestra for the “Three Legends” concert series that featured Cecile Licad, Lea Salonga and Lisa Macuja-Elizalde, with Ballet Manila and the ABS-CBN Philharmonic Orchestra led by Gerard Salonga. The concert was a great success.

Recalled Macuja-Elizalde, who knew Lapuz for more than 30 years: “I will always remember her as a person so full of love and light. She never lost her temper. She was always so understanding. And very meticulous. Whenever we would begin our performances with a prayer led by her, you knew that the show was going to be a huge success. She was a very good director, a warm and loving person and a true friend.”

Added stage and film actor Audie Gemora: “Roxanne was one of the gentlest, most cultured, Christ-like people I knew. She was a doyenne in theater and artist management, having established SRO, which introduced dinner theater in Manila, and handled so many great talents. She was a board member of Trumpets in its early years, along with another theater stalwart and her best friend, Gus Aldeguer. She was always a caring, loving director. We last worked together in RWM’s ‘The Sound of Music,’ but she always made her presence felt by giving affirming comments on many of my posts. Roden Araneta used to kid her about her beautiful legs. And, boy, did she have the best pair and knew how to show them off.”

Said stage actor and talent manager Carlo Orosa: “Roxanne was a true professional in the field of entertainment, not only in theater but also in the concert scene. She was a strategist in managing and developing talent. But she was also a kindhearted lady, generous with words and always encouraging of others. That was her nature. When I evolved into a talent manager, she always said encouraging words about my work and I loved that, because a manager’s work is so difficult and unrewarding. But her encouragement always gave me the boost to go on. I will miss her terribly.”

Poet and screenwriter Frank Rivera was at the last night of Lapuz’s wake at Funeraria Paz. He said: “It’s really heartbreaking to know that someone as spiritedly bubbly as Roxanne could leave us in the prime of her theater life.”