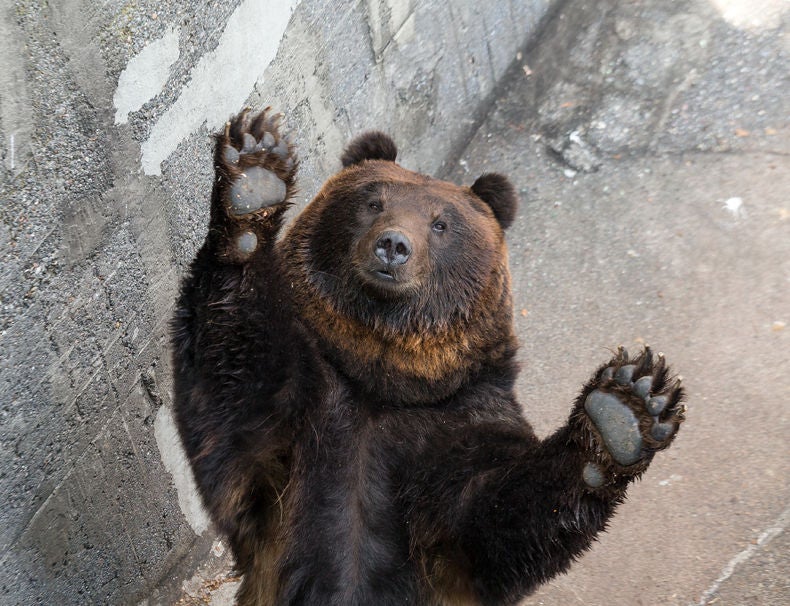 A Japanese worker successfully fended off a bear attack by landing a well-placed punch to its nose.

The 44-year-old employee at the Kamisukisawa Apple Orchard in the city of Hirosaki, Japan, was surprised when he had a bear encounter in the afternoon of July 11, according to a report by Livedoor News via SoraNews24.

The unidentified man had been working as usual when two bear cubs suddenly appeared out of a bush. At first he couldn’t believe what he was seeing, until a larger bear, presumably the mother as is most often the case, came out after the cubs. The employee estimated the bear to be around one meter in length.

Before he could do anything else, the bear began to charge at him. The man tried to run away but slipped in his haste. As the bear came close to the man, he instinctively swung out his fist in defense. By accident his fist connected with the bear’s nose. Shaken, the animal quickly turned away and ran back into the mountains surrounding the orchard with cubs in tow.

Possibly without even knowing, the man exercised one of the advised ways to fend off a bear attack. The US National Parks Service advises people to hit an attacking bear in the face with whatever is on hand if escape is not possible. The act itself should only be done as a last resort because bears are powerful animals and can easily leave large wounds through the sharp claws on their paws.

The incident happened around 800 meters away from a junior high school, so the local hunting club asked permission from authorities to catch the bear for relocation.

Meanwhile, the apple orchard worker turned out to be one of the lucky few to execute the defensive maneuver. He escaped the encounter with no wounds and earned an incredible tale to tell his drinking buddies.  Alfred Bayle /ra