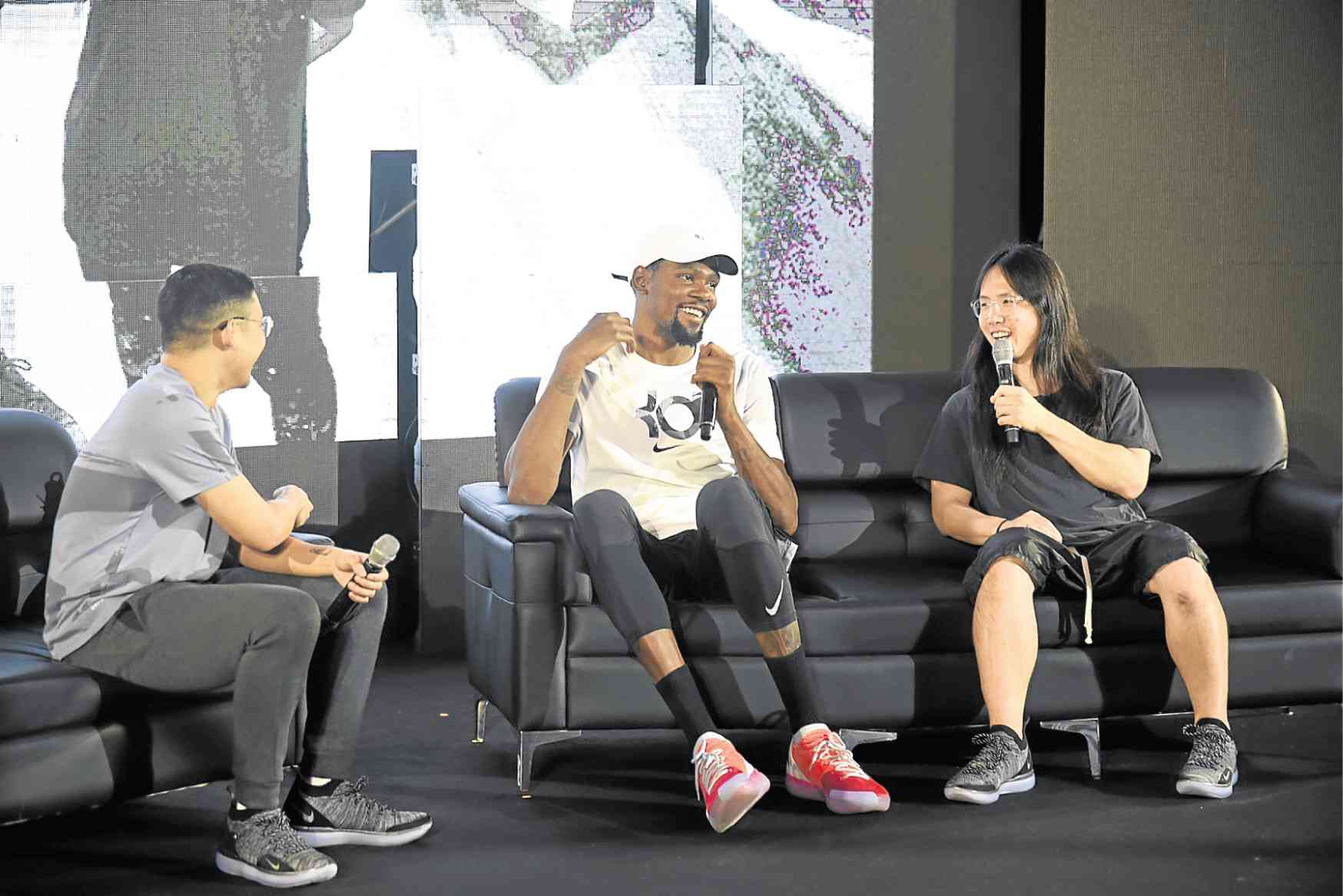 The weather in Manila last Sunday was unpredictable, with the sun showing itself at noontime followed by a heavy downpour in the afternoon. Despite all this, two-time reigning NBA champion Kevin Durant of the Golden State Warriors still accomplished his mission on his second visit to the country.

Apart from promoting the latest pair of his signature sneakers crafted by Nike, he came to inspire his Filipino fans and a group of young ballers by sharing some of the values that helped him become one of the best players in the NBA today. Here are five reasons KD’s visit was an inspiring one from all angles.

For the second time in history, Durant got a taste of Filipino hospitality. The back-to-back Finals MVP met with rabid fans who trooped to the Nike flagship store in Bonifacio Global City (BGC), Taguig. “The love for the game, the energy, you can feel it. Just walking around, so many people know basketball,” said KD. “You have something in common with someone, it just makes the moment even better,” added the Maryland native who was welcomed with a street party, complete with the loud sound of the drums banging on the background.

The warm reception given by the fans reestablished the Filipinos’ hospitality, considering the unfortunate incident that involved the Gilas national team when they hosted the Australian squad in the  international basketball federation (Fiba) tournament earlier this month.

Connecting with the kids

One of the main reasons for his visit was to inspire young basketball players to take their work ethic and their game to the next level. In the Nike Hyper Court in Comembo, Makati, where the hardcourt features the NBA superstar’s image, KD conducted a skills and training session with young ballers, including some female players, whose development he valued a lot. “I grew up watching the Washington Mystics and saw how tough those ladies were,” KD shared. “Those girls, they have as much heart as we do.” He even taught the kids how to pull off his signature one-leg fadeaway jumper, which has become one of the most unstoppable moves in the NBA today.

During the noontime event in Nike BGC, the versatile forward witnessed Filipino creativity up close. He was treated to a colorful display of four jeepneys, each one paying tribute to the four pillars of his stellar career: his family, his college days at the University of Texas, his back-to-back NBA titles and his blossoming partnership with Nike. During the meet-and-greet with the press in the afternoon, KD also got to see some fine artwork, with him being the central theme, done by local Manila artists. The former NBA Rookie of the Year also signed all of the artwork.

A trip to the Big Dome

KD’s trip would not be complete without gracing the Big Dome, which is considered the Mecca of Philippine basketball. He was greeted by a packed Smart-Araneta Coliseum, with thousands witnessing the Nike KD Hyper Court Team All-Star challenge that showcased some of the country’s best collegiate players sharing the floor with KD. Though KD’s Hyper Court team that featured brothers Juan and Javi Gomez de Liano of the UP Fighting Maroons and CJ Perez of the Lyceum Pirates fell to the UAAP All-Star selection led by Ateneo’s Thirdy Ravena, Matt Nieto and Isaac Go, everyone in the arena came home with a smile on their faces, especially the ones who got the basketball giveaways signed by KD himself.

Since his rookie year in 2007, KD’s partnership with Nike has blossomed. Now on his 11th year as one of Nike’s elite endorsers, he proudly promoted the new Nike KD 11, particularly its two new colorways, namely, the “Still KD” and the “Peach Jam.” Even the shoe’s designer, Leo Chang, joined KD in Manila and discussed the technology behind the shoes. With KD’s new pair of kicks, his Filipino fans will get an idea how his feet feel on and off the court as he ventures into another chapter in his colorful career.