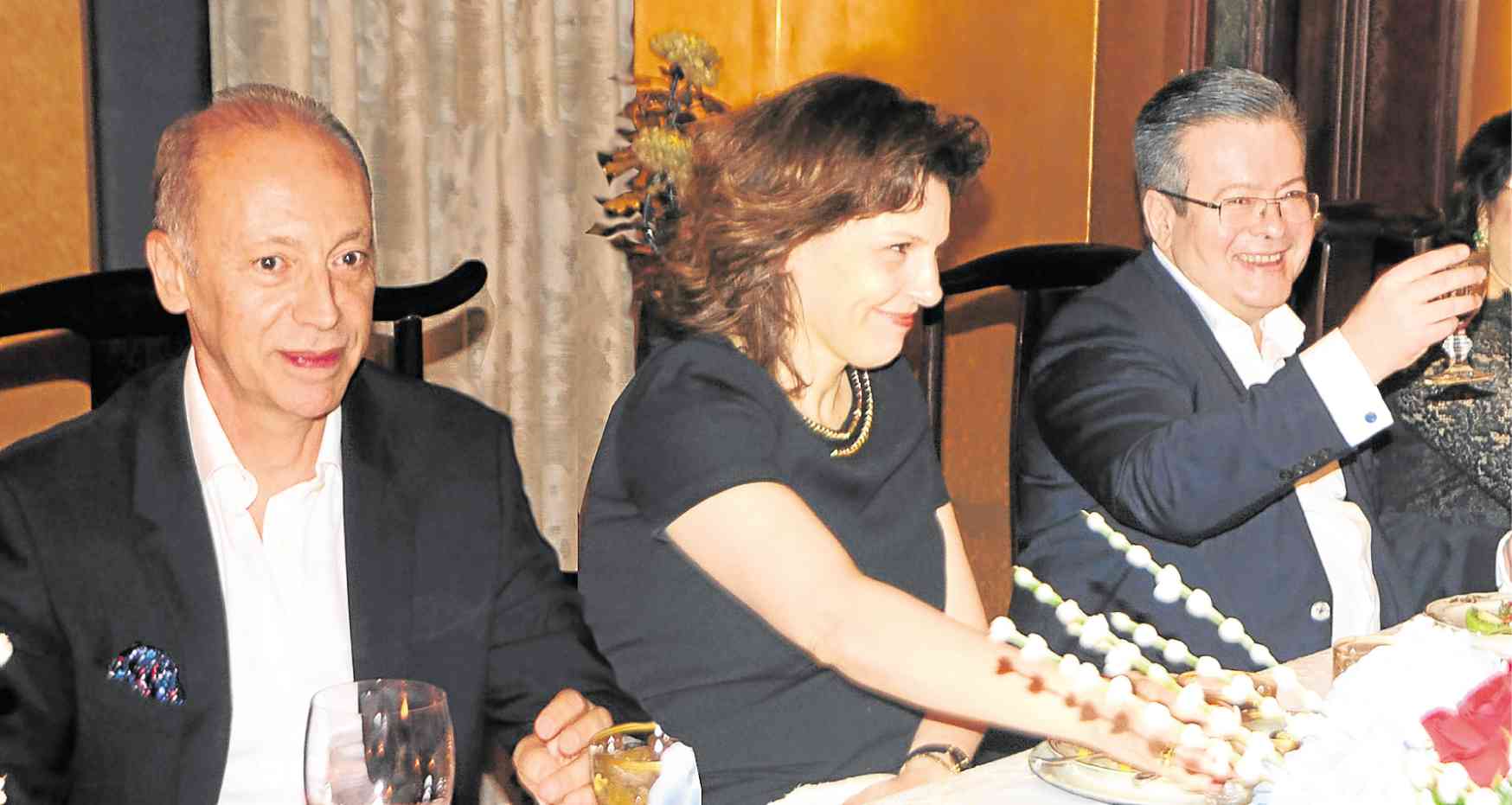 Your mantra for the week: I am loved and loving for all the right reasons.

In IAMISM, we consider four  areas in people’s lives that are of utmost importance—health, wealth, relationships and success—but we give priority to relationships, which really have the biggest impact on our health and success in life. Yes, even our health, because illnesses fall under the question, “Who is the matter with you?”

Here are relevant things to consider: Your speaking, hearing and listening must be your first concern. When faced with a situation, ask yourself what you need to do differently. Understand that the difficult qualities of your partner are reflections of you. Many times you only have the seeds—that’s why it is not very easy to recognize. Always bring laughter into the equation. Have friends in common. Release all attack thoughts. All feelings of possession must go.  Learn to forgive—it is the best gift you can give yourself.

Megaworld’s Kevin Tan and his lovely wife Michelle baptized their second child and first son Andrew, Drew for short, last Saturday, on a double 7 day, at the New Wing of the Marriott Hotel and its Cantonese restaurant, Man Ho, with a 10-course lauriat lunch that, of course, began with Peking duck.

At our table sat the gorgeous DJ Lopez; Patrick Jacinto sans Nedy Tantoco, who was feeling under the weather, looking refreshed; Peter Jentes, feeling totally itchless after a bout with dehydration and crediting an alternative medical doctor; Manila’s “King of Nightlife” Louie Ysmael, who introduced us to our other tablemates, brothers Ricardo and Leo Po, the latter married to Marielle; and Sherwin Hing, chair of the Mabuhay Energy Corp., and likewise in shipping through Aviva Pacific Marine Corp.

Leo, the youngest of the Po brothers, takes care of the Artha Land portion of the business, while his eldest brother Ricardo manages their latest acquisition, Shakey’s Pizza, which their company bought from the Prietos. Since taking over, “We have added another 50 outlets.” Chris Po, married to one of my first “Epitome: Dressing at its Best” awardees, Nanette Medved, handles Century Pacific Group together with brother Ted.

Ricardo had to excuse himself because he had an appointment with his fiancée regarding their coming marriage. “I better go because my fiancée is a lawyer and is a niece of Bishop Teddy Bacani, so I might get sued, not to mention, go to hell,” he quipped.

The very gracious hostess Michelle, so chic in her white dress, went from table to table, as did Kevin and his charming father Andrew, but she spent most of the time with us. She is still breastfeeding and when I asked her whether she was planning to have another baby soon, she said, “Yes,” while clearly hoping “I get a long break so I can party more freely and, yes, drink again”—followed by a still demure giggle.

Last Wednesday, Rustan’s chair Nedy Tantoco and Anton Huang, president of SSI Group, held a welcome dinner for the new French Ambassador Nicolas Galey and his wife Camélia. She looks like a Miss Universe but told us, “I’m really into sports. I am a basketball player”—yes, she has the height. “I did model at one point, but then I did not enjoy being told how I must look and walk.”

As we strolled around the sprawling mansion of Ambassador Bienvenido Tantoco, with its large collection of art, Camélia whispered, “Are we in a museum?” I gave her a big smile and said, you can say that again—it houses art by many masters. “I am so impressed and humbled because I also paint.”

We discovered that the couple was really cool, congenial and easygoing. Ambassador Nicolas, like his artistic wife, took up music, plays the violin and piano, and sang us a few songs in French and even the popular “My Way,” and would have sung an Édith Piaf song if the pianist had been familiar with the music.

The welcome speeches of Donnie Tantoco, president of Rustan’s, and Anton were affable and warm and, according to the ambassador, “difficult to match.” But the witty ambassador countered with such diplomatic élan.