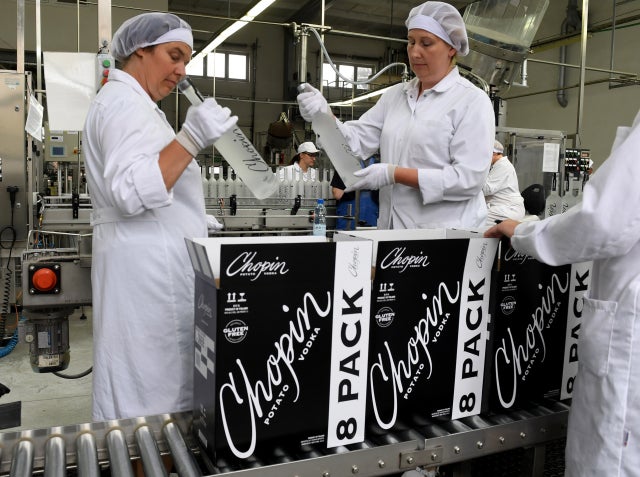 Be it a source of national pride or negative stereotypes, vodka is an integral part of Polish identity.

The country has just turned a former distillery into a museum celebrating its long vodka tradition but the location in a Warsaw neighbourhood once known for thieves and drunkards also recalls the downside of the national tipple.

“It’s part of our DNA, our history, our heritage and our tradition,” says Andrzej Szumowski, president of the Polish Vodka Association, which co-sponsored the new museum, the first of its kind in Poland.

That history includes the French expression “drunk as a Pole”, which today is derogatory but originally had the opposite meaning when Napoleon allegedly first used it with his soldiers.

It was his way of saying, “You can drink but you must know how to be drunk like Poles who, even when inebriated, are able to get up and fight,” according to Szumowski.

Poland was a kingdom of beer and mead before vodka appeared in the 15th century and upended drinking habits.

The landed gentry began assigning an ever-increasing percentage of the wheat harvest to the production of spirits.

According to the monopoly that only completely disappeared just before the 19th century, the nobles had the exclusive right to import, produce and sell alcohol on their properties.

They even had the right to require their serfs to purchase a certain amount of alcohol.

Named after “woda”, Polish for “water”, vodka has also served as bartering currency during times of scarcity, of which there have been many over the course of Poland’s troubled history.

After World War I, the state liquor monopoly accounted for 10 percent of the state’s budget and even up to 15 percent after the end of World War II, according to Poland’s edition of Forbes.

Poland currently produces the equivalent of nearly 100 million litres of pure alcohol each year, according to the national spirits industry association ZPPPS.

That puts it among the world’s top producers along with the United States, Ukraine and Russia.

“Unfortunately, though, above all we’re exceptional at consuming alcohol,” says Krzysztof Brzoska, who heads the PARPA state agency for the prevention of alcohol-related problems.

“Almost all of the alcohol produced here ends up on the domestic market,” he adds, saying that Poles are drinking more and more. The current favorite is beer.

While neighbouring Lithuania consumes the most alcohol per capita each year in Europe, Poles lead the way when it comes to the amount consumed at one time.

“We drink less often than the French or Italians, but when we do drink we go the whole way,” says Brzoska, adding that around 1,500 Poles die of an alcohol overdose each year.

In the country of 38 million people, more than 800,000 are alcohol dependent, according to Dariusz Wasilewski, a psychiatrist specializing in drinking problems.

But he adds that the number of Poles whose drinking habits are detrimental to their health is three or four times higher.

“I just can’t accept the idea that an alcoholic beverage could be the object of national pride,” he tells AFP.

For Tadeusz Dorda, marketing head of the Chopin brand, there is an art to drinking vodka: “We want it to be talked about in a smart way.”

He wants it to be known for example that vodka does not need to be served ice cold.

In fact, some connoisseurs say that the mark of a vodka’s quality is whether it is drinkable at a temperature of between six to eight degrees Celsius (43 to 46 degrees Fahrenheit).

That is when it is possible to detect the vodka’s particular taste and fragrance, which depend on its main ingredient, as well as where and when it was made, according to Dorda.

Potato-based vodka has a heavy quality, while the rye kind is lighter and is also known for its bitter taste and strong fragrance. Wheat-based vodka offers the mildest flavor. NVG