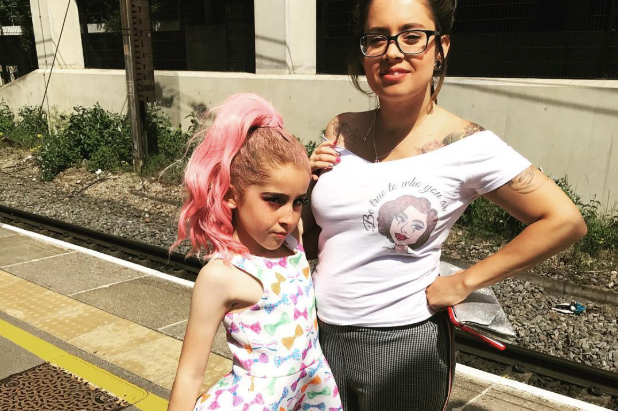 A British mother expressed just how proud she is of her 11-year-old Instagram star son for breaking the “mould” society made on gender roles.

Lauren Noakes recalled that her son, Leo, has always been curious with her clothes and how she does her hair and makeup, as reported by the Mirror yesterday, July 15. When her son turned 5 years old, she noticed his obsession with shoes. She later started seeing him trying out old clothes of his younger sister, Nelly.

Noakes said that while she didn’t mind Leo’s obsession with feminine clothing, her friend telling her that she was making her son gay, filled her with guilt. In an effort to quell Leo’s obsession, she threw all his dressing-up things, asking their relatives to buy him toy vehicles instead.

She admitted that she’s fighting a “losing battle,” what with her son behaving strangely — Leo would do jumps and splits, vogueing and talk with “sass.” Noakes later found out that Leo had been secretly watching American reality competition series “RuPaul’s Drag Race” on Netflix.

It turns out the series was what her son needed to boost his self-esteem, and this time, she did not stand in the way. She recounted how Leo also did not mind being teased by his boy schoolmates; it encouraged him more to enjoy his craft.

“On the first day of Year Five, I walked him through the playground, nervously glancing at the black leggings, butterfly shoes and girls’ cardi he was wearing. We’d bought them together, after I’d seen how much it meant to him,” Noakes recounted, the report stated. “His beaming smile meant I knew he’d found his true identity. I couldn’t have felt prouder of my trailblazing son.”

When Leo’s teachers asked her what Leo’s sexual preference is, she clarified that her son identifies as “male, he just likes wearing feminine clothes.” Noakes revealed that the Instagram account of her drag queen son was made when he was nine-years-old to provide an avenue for his creativity. Leo took up the drag name “Violet Vixen.”

“When I think back on the journey Leo and I’ve been on, I can hardly believe it. I’m so proud to have a son who breaks the mould,” Noakes said in the report. “My mantra is simple: if Leo’s not hurting anyone, what’s the problem? He is so much more confident, comfortable and happy than he ever was, and our relationship’s better than ever.” Kate Matriano/JB